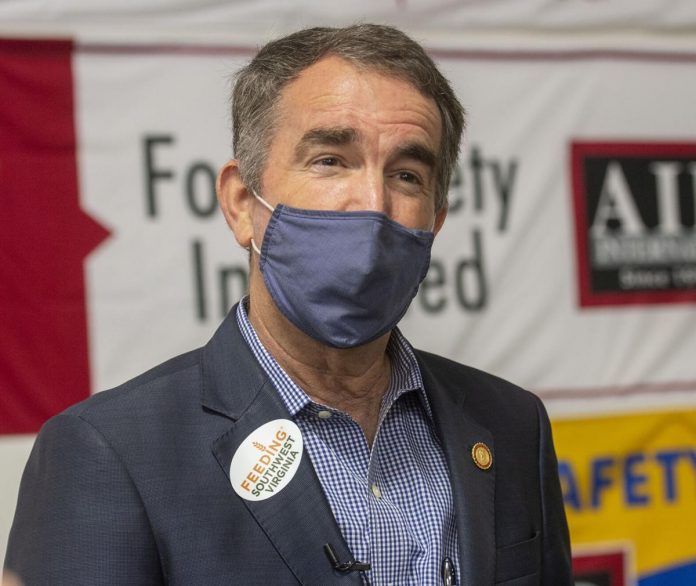 Things warm up as the weather cools. In Virginia, the Coonman has just decreed a partial curfew as well as more devotional wearing of the Holy Rag, the accoutrement of the Sickness Cult. He further orders that none shall gather in groups of ten or more – so as to make it harder for people to express their lack of faith, at least in public.

In Germany, they had a saying: Der Fuhrer befiehl, wir folgen!

A scene comes to mind from the sci-fi movie, Chronicles of Riddick. The title character is something of an outlier, a non-follower. He happens to find himself on a planet just-conquered by a death cult, the Necromongers. The leader is extolling the virtues of conversion. The crowd of defeated people kneels. Riddick stands and shows his face. A henchman of the death cult tells him:

“This is your one chance. Take the Lord Marshall’s offer and bow.”

Interestingly – the film was made several years ago – the death cult members wear masks.

I’m no Riddick. But I won’t be joining the death cult, either. I will be showing my face. I urge everyone who does not wish to be inducted into this death cult to do the same.

And to do more.

Stand with others who are willing to take a stand. Follow the example of the brave people up in New York who backed the gym owner who refused to back down by not closing his doors.

And by showing his face.

I am not just typing. I am offering myself – whatever the risk – to two business owners I personally know, whom I have told I will stand with – should the Coonman sic the SicknessPolizei on them, for daring to try to earn a living.

Or for showing their faces.

The same Coonman, it bears noting, who has no worries about his living – it being forcibly extracted from the pockets of the very people he decrees may not earn theirs. Which means, inevitably, that the Coonman and his legions will take whatever they have left; their businesses – at fire-sale prices. Their bank accounts – to be seized to pay debts they were forced not to pay.

Including their liberty, which is everything.

The time has come to take a stand, even if it costs. But this cost is trivial compared with the cost of not taking a stand – while it is still possible to do so. 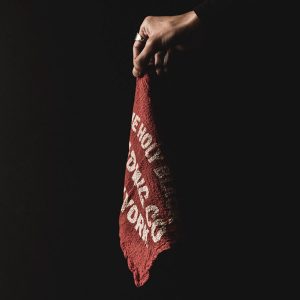 I had a conversation about this with one of the business owners I know. She is desperate to keep her place open and it is this desperate desire to not lose the work effort of many years that keeps her obeying the Coonman’s decrees. But by obeying, she is in effect agreeing – and that is far more lethal than a virus that doesn’t kill 99.8 percent of the people who catch it.

If the Coonman can order her to require everyone she does business with to wear the Holy Rag then how will she refuse an order that they receive the Holy Jab?

If the one is necessary for the “common good” then how can you say the other isn’t – especially when it is obvious that despite the mass-wearing of the Holy Rag, the cases! the cases! are (supposedly) crescendo’ing?

The high priests of the Sickness Cult will insist – and if you’ve already agreed, it will be very difficult to refuse.

The time has come to show your face, to show you aren’t with these people – as Riddick explained to the Lord Marshall in the movie. 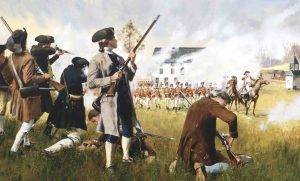 It is hard to be the first one to take the mask off, to be the one to stand out when everyone else is kneeling.

But of such things are changes made. Revolutionary changes. It is easy to get discouraged when one sees the masses of the masked – and cowed. But they are doing what masses always do, which is to bow to the prevailing wind.

That wind can blow in a different direction.

One man can make a difference. A few such men can make a big difference. Lenin and his handful of Bolsheviks seized control of the largest country on earth and held it for more than 70 years – because better men didn’t act while there was time.

A handful of men acted when the redcoats fired on the crowd at Lexington and Concord, setting an example which other men followed.

We must act now. By standing together – and by showing our faces, which has become a revolutionary act of defiance. It has come to that.

And so, let it come.