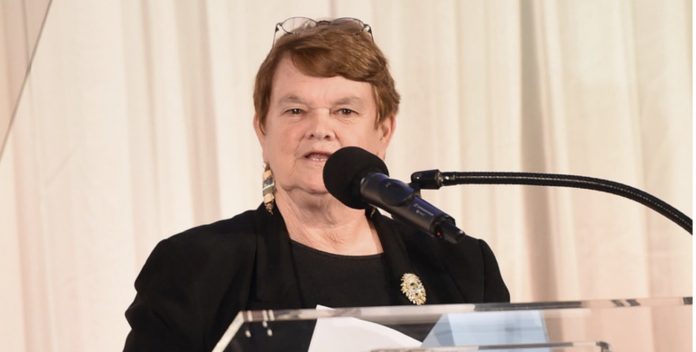 Here is a picture of Sheila Kuehl, Gesundheitsfuhrer of Los Angeles. Isn’t she lovely? Or handsome, depending on which “gender” it “identifies” as.

Note that you can its face – something it says we shouldn’t be able to do. Nor eat at a restaurant – even outside – which it (or is it “ze”?) voted to ban the other day. The same day, it/ze was seen showing its/ze’s face at its/ze’s favorite Italian restaurant – one of many it/ze ordered to be destroyed by shutting it down.

Are you getting sick of this yet, America?

How much more are you willing to tolerate?

Not Even Your Backyard is Safe From . . .Them