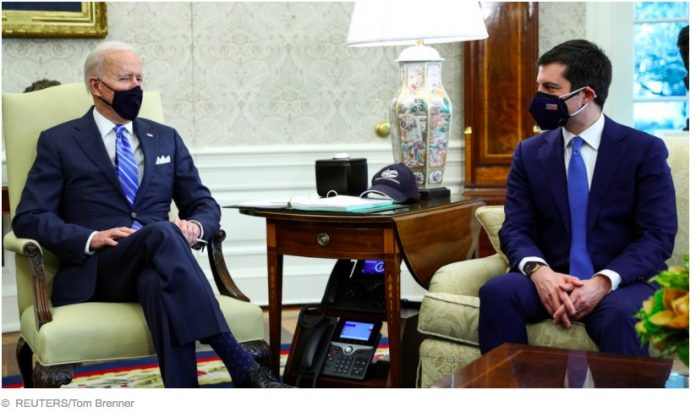 You may have noticed how much more you’re paying at the pump now that Orange Man is gone. For most of the country, it’s about 50 cents per gallon more – with more to come. This has increased the cost of life for most Americans by more than the $600 “stimulus” check they got last year – and will likely end up costing them much more over the next four years than the $1,400 many are supposed to get this year.

You may soon notice how much more you’ll be paying for every mile you drive.

The Orange Man’s replacement has just floated this idea through his new Secretary of Transportation, Pete Buttigieg – who has long favored this idea. Probably because he won’t have to pay it, since the taxpayers are forced to pay for it – for him. 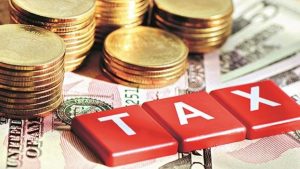 Also probably because it’s much more than just another tax. It’s also a way to keep track of your movements.

Not just how far – but where and when.

The tax, if it comes to pass, would almost certainly be implemented electronically – via connected car technology, which almost all new cars and almost all cars sold since around 2010 already have. The same convenience technology used to find you the nearest gas station can also be used to find you, very conveniently.

The odometer reading would be read by communicating with the computer, which stores the data. Long-gone are the says of analog odometers that were purely mechanical things that had to be read in person, as when you took your car in for an oil change. And the data regarding miles driven isn’t kept in some isolated cubbyhole of the computer’s memory banks. It is stored along with the rest of the car’s data, which means whoever has access to the some data has access to all of the data. 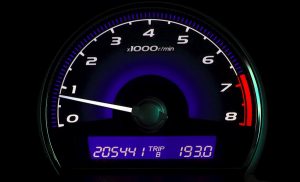 And you won’t have a choice about which data they can access. Re-read the End User License Agreement (EULA)  . . .the relevant portions italicized to make the point. You do not own the data; you are a user. And they – the owners of your data –  have license to take it, as they wish – which you agreed to.

It’s all set up; just needs a law to be passed.

You can have a record of zero accidents; no claims filed by or against you – and thus, no legitimate pretext for charging you more based on you costing them more – but because you drive at “peak” times or long distances or to certain areas deemed (by them) to be “higher risk,” you will now pay more, regardless.

Plus – having access to the data you don’t own – they will also know whether you are buckled-up for “safety” and whether the way you drive is “safe” – as they define it, once again irrespective of accidents/claims. They will know whether you “speed” – as you speed. Whether you obeyed every traffic law

Which is how they define “safe.” 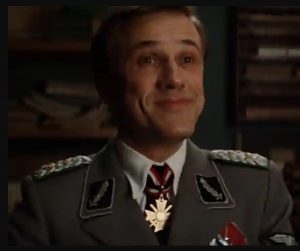 An alarming “side benefit” of a mileage tax – from the standpoint of Biden-Buttigieg, et al – is that older cars with out connectedness could be de facto banned by requiring all cars to be capable of real-time mileage reporting – which older cars without computers/connectedness aren’t capable of, at least not without extensive and expensive modifications.

That’s a win! – as Colonel Landa from Inglorious Basterds might say.

The money to be had – that is, extorted, insurance being a mafia that forces us to buy its services – and the prospect of additional control over our mobility is for creatures like Biden-Buttigieg and the Luca Brasis of the insurance mafia what a foot-long hoagie is to Oprah. 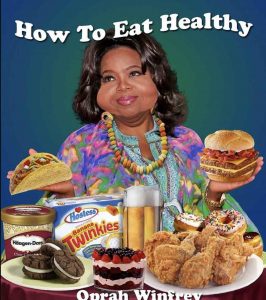 Naturally, it’s all being packaged as for-our-own-good as well as for the greater good. It’s an “investment,” you see. Which is like the “shared responsibility payment” you are forced to “invest” in if you don’t “invest” in health insurance.

“When you think about infrastructure,” Buttigieg says “it’s a classic example of the kind of investment that has a return on that investment.” Except his idea of “investing” probably differs from yours.

The gas tax is used to pay for infrastructure; roads and such. The Biden-Buttigieg mileage tax would be used to “invest” in “climate vision” – in the words of Buttigieg.

Once again, selections have consequences, plural.

A License to Kill – an Obligation to Submit