Prionic Driving is becoming a thing.

What is Prionic Driving? It is “driving” – finger air-quoted to emphasize the absurdity – practiced by people who’ve been Needled. Or at least, there seems to be some correlation between the one and the other.

They are behind the wheel, alas. But to call what they are doing driving is akin to describing what Old Joe does as leading.

The Prionic seem unaware they are behind the wheel. Or at least, they are unaware of what’s displayed by the speedometer. In relation to the signs on the road. The latter generally considered to be a kind of clue as to the speed that ought to be displayed – and at least kinda-sorta maintained.

The Prionic have one speed – exceedingly slow. Not the usual, pre-Prionic just a couple of miles-per-hour below the speed limit, which was a commonplace practice due to years of hectoring about “speed” supposedly “killing” (though in other areas, the slow accumulation of fat is what kills – as in the case of arteriosclerosis).

Anyhow, while most people didn’t “speed” much, most also didn’t speed much less than whatever the speed limit stated was “safe” and the few that did drive much slower than the speed limit were considered – correctly – to be addled in some way, perhaps by old age. Or by booze. Driving 20 MPH below the posted limit was once considered probable cause to suspect that whoever was “driving” might be drunk.

But perhaps they are Prionic – addled by whatever’s-in-those-needles, which seems to induce stroke-like symptoms in many people who’ve received this Holy Anointing. The symptoms of this include not just driving at a stultifyingly slow pace but also appearing stultified, themselves. They have the Holy Glow – of (as Thulsa Doom from Conan the Barbarian put it)  . . . emptiness.

Eyes open but not seeing.

The Prionic seem unable to even summon the formerly usual outrage of the slow-poke who, when passed, could be counted on to shake his fist, flash his headlights and honk his horn. This was salutary – in retrospect – in that it was proof of life, at least. The Prionic are the driving dead. Metaphorically and perhaps, soon, literally. 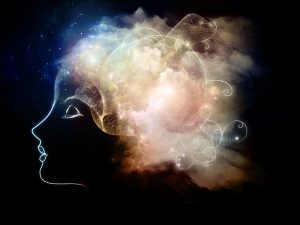 There are confirmed reports that at least four apparently Prionic pilots – formerly flying commercial  airplanes for British Airways – are now flying caskets, coincident to having been Anointed. These demises are said to be unrelated to their Anointing, but it is highly unusual for four pilots in the prime of life – all of them in their 40s and 50s and previously quite healthy (as pilots must be, in order to be allowed to get behind the yoke) to just up and die, just like that.

And it is also confirmed that the same Anointings have a tendency to induce circulatory system problems, such as myocarditis (heart inflammation) especially in the young – who ought to be “vaccinated” on the same basis as washing a new car with brake fluid.

These cases are not being given much attention by the same corporate-mouthpiece media that squawked hysterically for months on end about “cases” without symptoms of anything at all. And it was upon the basis of these “cases” that perfectly healthy people were taken off the road entirely for, months of “lockdowns” and “unessentialness.”

But it is apparently ok to let loose these same people on the road, provided they have received their Anointing – and now matter how Prionic their driving. No matter the risk this imposes upon others.

Except when something else is more first.

Putting the Blame Where it Doesn’t Belong