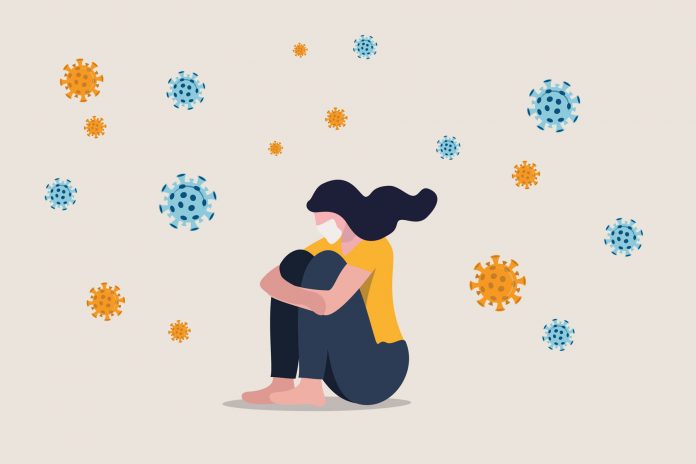 So many things are topsy-turvy these days. Every day. It will not be surprising if the sun comes up at night tomorrow and goes down in the morning the next day. Equally unnerving is the reversal of Diapering.

Last time this year, most people you saw in rural areas were still showing their faces – a stark contrast to the near-universal face-effacing one saw in suburban and most of all, urban areas.

Now it’s the other way ’round.

At least, in my rural area. There are few face-effacers to be seen in Roanoke, Va – until just a month or so ago, a “hot spot” of face-effacing. Even where not enforced, one rarely saw another face when Orange Man was still very bad. It was a sea of “masks” – as these disgusting items are styled by those who do not understand what it means to wear one.

But as of this week, even at the hottest spots of all – such as the “clean foods” store, Earth Fare, which is very popular with people superficially concerned about their health (italicized to reflect the fact that any otherwise healthy person who wears a “mask” is not healthy in the head and any otherwise healthy person who assumes the risk of being Jabbed is most definitely not actually concerned with their health) there are now lots of faces showing.

And only a handful of sad-looking face-effacers, generally the very old and the very young – the former with at least some reason for effacing; the latter’s capacity to reason having never developed or been superseded by he need to broadcast what they believe to be their moral superiority.

It is when you travel out of town that you begin to feel sick again – on account of what is to be seen. Fewer faces. More face-effacing. At the Food Lion on the outskirts of the tiny town of Floyd, Va – the hub of the rural county where I live (population approximately 15,000 last time I checked) it looks like it’s still last summer. There are Freaks everywhere. Some of them recoil in terror when a face-shower such as myself approaches too close to the prescribed Kabuki circle of six feet and no closer. I became aware of one such as I was pondering barbecue sauces and felt the presence of a disturbance in the Force. Well, of someone standing behind me – but making sure to “practice” the strange distance rituals of the Faucian Kabuki.

As I turned to ponder other food items, this creature – hard to know what it was, behind its “mask” – reared back like an alarmed cockatiel and bug-eyed-Moonwalked itself in the opposite direction, so as to avoid my deadly Undiapered breath.

I almost said boo! – but decided to behave myself.

But what accounts for this Rural Diapering? Country people used to be more sensible – less easy to dupe – than city people. Well, in terms of practical things – like cheating them on a land deal, for instance. Or feeding them a BS story about what’s not really wrong with their car. Country people tend to know how to do more everyday things that city (and suburban) people have no idea how to do – and usually have to call someone else to do.

But country people are also less sophisticated in other ways. Many – and I know many, personally – do not know there are other sources of information besides CBS, NBC, ABC and CNN. It’s what’s on cable, you see.

Or rather, it is all they see – and hear. And so, believe.

Many of these people are fine, hard-working people- and that’s precisely the problem. They work. Usually, outdoors – or at least, with their hands. Not that this doesn’t involve their minds; of course it does. Anyone who can weld or wire a house or operate a backhoe isn’t stupid. But often such people do not have the time or the inclination to root around online for a different point of view – and facts – than those presented by what’s on cable.

So, all many of them hear is “mask,” “mask” and more “mask.” Even if they have been Vaxxed.

Lately, they are hearing about the “Delta” scariant – without any countervailing facts about its similar-to-the-original-Rona marginality as a threat to the otherwise healthy; and they’re not hearing that the Vaxxed are the ones that may be most at-risk from this new scariant of the ‘Rona.

Which is tragic because the reason for ongoing Diapering appears to be a propagated – by the cable box – fear of the “vaccine hesitant,” concentrated in rural areas. In other words, the rural face-effacers are terrified of the unVaxxed which they imagine to be exhaling death all around them when in fact the real threat is posed by the Vax being injected into them – which makes these poor people more likely to get (and die from) the newest Scariant.

But they haven’t heard that on the TeeVee – which is become something far worse than the idiot box it used to be.

Why I Didn’t Renew My Sirius-XM