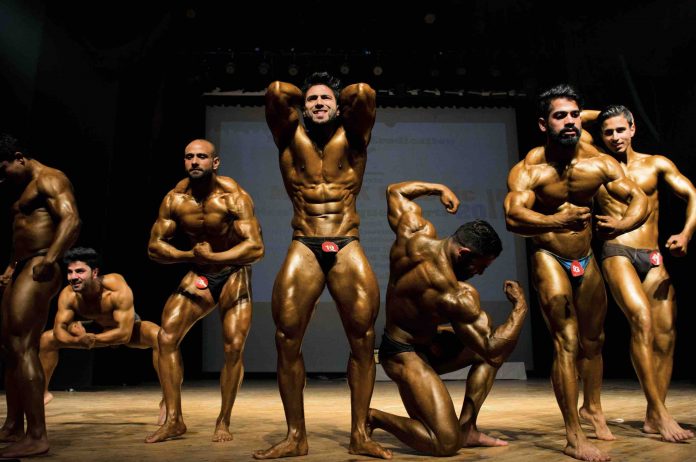 People used to mock bodybuilders for posing. All those mighty muscles – but what do you actually do with them? You show them off.

Well, inflatable muscles would serve just as well for that purpose.

How about cars with muscles that almost no one uses?

With lots of clenched-teeth-looking posing? 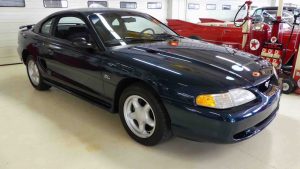 The average new family car has more power and potential performance capability than the average performance car of the ’90s. A 1995 Mustang GT’s 5.0 liter V8 made 215 horsepower; the car could do zero to 60 in about 7 seconds. A 2021 Camry with the standard 2.5 liter four cylinder engine has 203 horsepower and gets to 60 in just over 7 seconds. With its optional 301 horsepower 3.5 liter V6, the Camry can make that run 5.6 seconds, easily blowing the doors off the ’90s V8 GT. Which was one of the top three fastest American cars available back in the mid-’90s.

But back in the ’90s, people who drove Mustang GTs used the performance they were capable of. In the today, people who drive family cars like the Camry with more performance capability seem afraid to use it. The new Camry looks really angry, though – much more so than the ’90s Mustang. Probably because it is so frustrated by its driver. 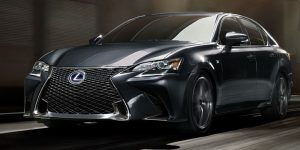 All new cars seem to look this way. Great gaping maws for grills with slitty cat’s eyes off to each side. It’s a lot of huff and not much puff. A kind of sad performance kabuki. A show without the go.

High-powered “luxury sport” sedans are the most aesthetically-dissonant of all. Many have 400 horsepower and yet move with the athleticism of an ’86 Aries K car.

Anyone who still drives will affirm this observation.

One can be driving a vehicle with very little performance capability; for example, my Old Steady pick-up, a nearly twenty-year-old truck with a four cylinder engine that does not get to 60 in either 5.6 or 7.9 seconds, regardless of my best efforts. In fact,my ’02 Nissan Frontier has about the same performance potential as a new Prius. But I use every bit of potential it does have and that makes me faster than most new car “drivers” who are behind the wheel (sort of) of vehicles with twice the performance potential.

It’s like a guy in a wheelchair winning the Boston Marathon.

When these gimps-behind-the-wheel “pass” another car – if they even make the attempt to pass another car – it is done with excruciating lethargy,  kind of slow-motion Safety Dance on four wheels.

First, the wait. These non-driving people have to think about it a bit before they initiate any action.

Then they signal. Always the signal. This having been bored into their minds as the Most Important Thing to do when passing, rather than competently executing the actual maneuver.

Then some more wait, just to make absolutely sure everyone within a quarter mile knows they are thinking about attempting to pass. Then the tepid, tentative foray commences, with the alacrity of molasses dripping from a spigot in a winter. In New Hampshire. The passing car sort of wanders into the passing lane; its speed increases to just slightly more than that of the car being passed.

Then the signal comes on – again. And then, glacially, the car meanders over to the right, just in time to prevent you – if you were behind him, also trying to pass – from also passing before the passing zone ends.

These people seem unfamiliar with Our Lady of Blessed Acceleration – a reference from the ’70s, when speed limits were low but for the most part people still knew how to speed.

There was also this thing called the passing gear.

It engaged when you pushed down on the accelerator pedal – in a car equipped with an automatic transmission. It amounted to a forced downshift to a lower gear, in order to increase the mechanical leverage of the drivetrain, in order to get the car moving, quickly. Which was considered desirable for passing other cars and for increasing one’s speed to match that of other cars, as when merging onto the highway. 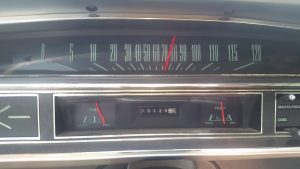 It was a selling point, talked up in car ads (today, the ads talk about apps and “assistance” technology).

It was considered – it was taught, in driver’s ed – that it was safe to pass quickly – so as to reduce the amount of time one spent in the opposing lane of traffic and so as to avoid wandering into the travel path of traffic proceeding at a much higher speed, forcing it to swerve or brake violently to avoid rear-ending you.

But the passing gear only works if you push down on the accelerator pedal – the Original Sin in the catechism of the Safety Cult. This theology posits that the worst possible thing one can do behind the wheel of a car is to push down hard on the Evil Pedal.

One sees Observance everywhere. Lots of go – potentially – but very little show, actually. Cars with 300-plus horsepower that have the capability to get to 60 in half or less the time it takes a Prius to make the same run crippling along as if they had no more capability than a Prius. 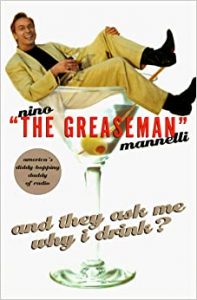 Which raises an important question. Why bother with the capability if you’re not going to use it? Is it not wasteful? A 300 horsepower engine uses much more fuel than a 150 horsepower engine; if it is a small engine, it takes an expensive turbo to make that 300 horsepower, plus usually premium fuel.

What about the children? What about “climate change”?

It’s as silly as it is pathetic as it is frustrating – for those of us appalled by the idiocy of people driving 300-plus horsepower cars as if they had no more than 150 on tap.

Usually, with a Face Diaper on.