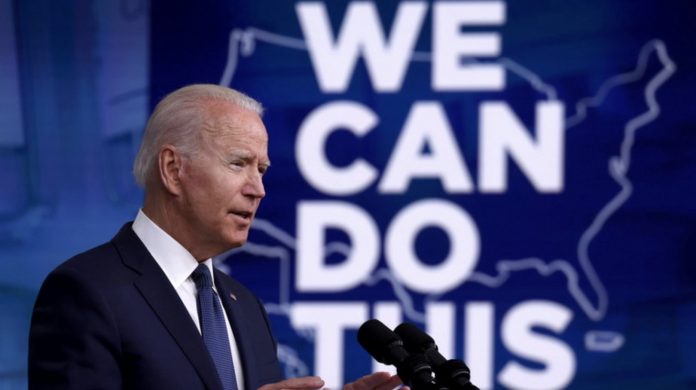 By now, everyone who is willing to assume the risks – and they are serious and several – of the cure for what doesn’t ail them has done so. The rest aren’t “hesitant,” as it is oilily styled. They aren’t interested. Chiefly on account of the increasing awareness – among the thinking – of the serious and several risks. As opposed to the non-rewards attending the assuming thereof.

This thinking is, of course, unacceptable – to those interested in making sure everyone is forced to assume the risks of the cure for what doesn’t ail them.

To assure that everyone submits, to put it more accurately. 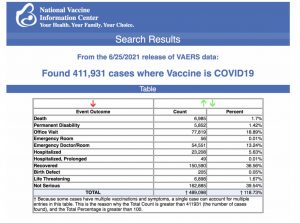 It is why Joe Biden will – according to news reports – send swarms of officers hither to harass the “hesitant,” in person – by having pushy strangers show up at the homes of the “hesitant” to implicitly threaten them for being “hesitant.” This being implicitly threatening because it is always an implied threat when anyone associated with the government shows up, unasked for, at one’s home.

It is not a friendly visit from a neighbor who is just stopping by to exchange pleasantries.

It is minions of the state, armed with (for now) clipboards and big noses, tasked with  identifying and documenting the “hesitant” so that later, perhaps, a more overt threat than clipboards can be used to cure further “hesitancy.”

“Now we need to go to community by community, neighborhood by neighborhood and, oftentimes, door to door – literally knocking on doors – to get help to the remaining people protected from the virus,” says Uncle Joe. Who is becoming very much like another Uncle Joe, who also sent minions door-to-door.

Uncle Joe added that “surge response” teams” (which sounds a lot like the other Uncle Joe’s Shock Armies) would be “mobilized” to “combat”  – interesting word choice – “outbreaks among the unvaccinated.”

Enter the minions, whose job it will be to find out. First by asking. If you refuse to say, it will likely be presumed you aren’t “vaccinated” – and the next minions who appear at your door may be telling  . . . using more than clipboards to back it up.

Of course, it is likely the minions already know the answer to their supposed question – as the government already knows who has been “vaccinated.” Everyone who’s been Jabbed has been logged.

Consider what that implies about what Joe is doing. Like a kind of evil Santa, he knows who’s been “naughty” – and he isn’t playing nice.

This is an unprecedented baring of federal teeth. It is like receiving a visit from a member of Tony Soprano’s crew. Nice place you’ve got here. It’d be a shame if anything happened to it. 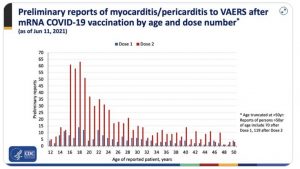 With the difference being that it’s not your windows they’re going to smash. It’s your will they intend to break.

Their mere showing up is alarming to anyone who has already decided no thanks to being injected with something the government is obviously determined to see that everyone is injected with, including most especially – and most oddly – children. Why this should be the case is an understandable source of parental alarm, given that after-school football practice presents more tangible risk to most kids than a might-get-sickness that stands literally almost no chance (less than 0.03 percent) of killing them, if they actually do get sick  . . . while the supposed cure for what doesn’t ail them comes with known and very real risks that are much greater – as well as unknown-as-yet risks that only a parent who didn’t care about their kids would willingly subject them to.

It is reasonable to be “hesitant” – given what we know about the attenuated danger of the sickness and what we don’t know (and do know) about the risks of the putative cure for what doesn’t ail most of us.

And not just as regards kids.

Of course, the current “asking” is of a piece with the prior “masking” – the latter universally imposed because leaving anyone free to say no, thanks was an expression of disbelief as well as disobedience.

That couldn’t be allowed.

Now the disbelievers are – gasp – free (for the most part) to show their faces again. Without having taken the cure for what does not ail them. This is even more intolerable to certain people – like Uncle Joe – who may not even know what year it is but knows for sure he wants to cure you of your “hesitancy” – to do what he says.

First, by mocking you – via the use of that term, “hesitancy.” Which is meant to imply a kind of not-very-bright, not-very-informed superstitious fear of That Which is Good For You.

That you may think otherwise, based on careful consideration of the known facts as regards your particular risk profile (and that of your children) as it relates to the minor risk of a sickness which doesn’t even ail you – and your reasonable concerns about getting injected with an unvetted “vaccine” that’s being pushed rather than offered on its merits by an oily, politically powerful cartel with a massive financial interest (and god-only-knows what other interests) in forcing its “vaccines” – plural – on a population that it clearly hopes will shortly no longer be permitted to say no thanks to them and which has immunized itself from liability for harming them is something other than “hesitancy.”

It is due diligence.

Anyone who bought a used car without exercising it would be regarded as the fool they obviously are. But people who exercise due diligence as regards their health and that of their children are styled “foolish” – by styling them “hesitant.”

By a man who can barely speak coherently.

The big noses with clipboards will, of course, be self-selected for their militancy. Who else would sign up for this sort of thing? They will be the worst sort – busybodies with authority.

Not yet much, but give it time.

They are the same kinds of people who kicked the Undiapered out of stores – or squealed on store owners who didn’t militantly enforce the “mandates” and “guidelines” of the Gesundheitsfuhrers.

The same kinds of people who joined the SA or the NKVD.

Solzhenitsyn warned us about such people.

These kinds of people – who are on their way to your home – are certain to be among the truest of believers, the kind unwilling to take no for an answer. If that answer is given to them, it is certain to anger them.

Just as it angered the face-effacers when anyone dared to show their face.

And angry people with the power to do something about it to those who make them angry are the most dangerous weapon of all; one now being pointed at the “hesitant,” whose homes are no longer sacrosanct.

It is getting serious.

We ought to take it that way.