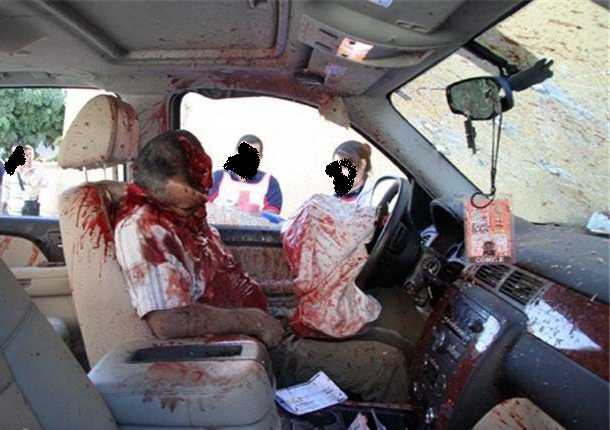 Probably the most interesting thing about the (can’t help myself) exploding Takata air bag scandal is the doublethink it exposes. 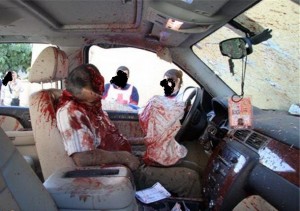 On the one hand, we are told – in the literal/parental sense – that we will have air bags in our cars (like it or not) because not to have them is an unacceptable risk and “unsafe.”

Notwithstanding that when air bags were being developed back in the ’70s (and rejected by consumers, when consumers still had the freedom to choose) the manufacturers of air bags told the government of the very real risks to people’s safety that air bags posed.

Nothing is perfect in this world – and that includes technology, which includes air bags. They can save – and take – lives.

And have done both of those things.

It was yours and mine.

With the predictability of the tide coming in, people were hurt – and some killed. Their lives were, of course, mere statistics – as Stalin liked to style it. No one in the government – none of the you-will-do-this-our-way- period – bureaucrats within the DOT/NHTSA regulatory apparat were ever so much as fined for their deliberate, knowing (and thus, by definition) criminal recklessness and negligence with other people’s lives. Joan Claybrook – to name just one name. She was head of NHTSA from 1977-1981 and one of the chief “nudgers” of air bags, knowing full well the risks involved (having been told all about them).

She retired on a full government pension. Have a nice day!

Which brings us back to Takata – the supplier of the defective air bags that sometimes spew shrapnel at high velocity into the faces of hapless motorists who were never given the freedom to say “no thanks” to these Claymores in the dashboard. 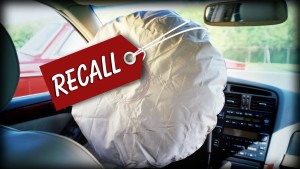 Takata is to be raked over the coals – and possibly, company officials actually held responsible – for the harm caused by its products.

This is fabulous. It’s a sound idea to hold people responsible for the harm they cause, especially when the harm is caused with knowledge beforehand, as seems to be the case with regard to the defective air bags. Takata – people within the company (as well as people within the car companies that bought the bags and installed them in their vehicles) apparently knew there was a problem – a big problem – but did the shove-it-under-the-rug thing and let’s hope no one notices. They deserve to have their feet held to the fire.

But why does that never happen when it comes to the reckless/criminal negligence of the government? Why are government incompetents and worse allowed to destroy innocent people’s lives with such impunity?

Remember: Every single person who has been injured or killed by an air bag never had a choice. Was forced to accept the government-mandated Claymore in the dashboard and assume all the risks that entailed. Including the risks posed by the first-generation air bags (circa early-late 1990s) which “deployed” (that is, exploded – it’s what air bags do) with tremendous force whether the person facing the bag was sitting too close or too far away, was a fragile old lady or an infant. The government knew – because it had been told by the engineers –  that these first-generation bags were very likely to harm and yes kill some people. But government bureaucrats, arrogant beyond a normal person’s capacity to grok, dismissed these risks as incidental. 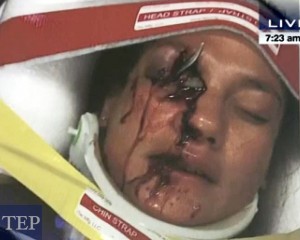 That is, dismissed the lives of those who would be maimed and killed by their arrogance as incidental.

Only government gets away with such brazen disposal of other people’s lives. Gets to glibly decree who lives – and who dies – without any personal consequences whatever.

And then whoops with outrage when a private company does the same damned thing.

The vast majority of Takata’s air bags have not spewed shrapnel in anyone’s face. Just a (relative) handful of them.

This is fewer people than were killed by the first-generation air bags, which the government knew beforehand were dangerous. 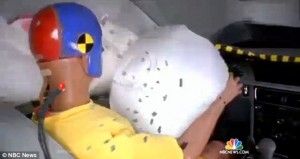 Yet the first-generation air bags were never recalled. No “safety” hearings were ever held. The government even fought tooth and nail to prevent people from disabling their Claymores in the dashboard via a cut-off switch, though this was eventually (and very grudgingly) conceded.

But it is Takata – and its officers – who will be held accountable. Pot, kettle, black.

There will be ever-more-hysterical recriminations, the recall will expand (it now includes not just Japanese-brand vehicles but also Fords, Fiat-Chryslers and BMWs, too; see here for more and to find out whether your car is involved) and very possibly some people will be fired, fined and one or two may even see the inside of a prison cell.

But not one of these people will be employed by DOT/NHTSA.

Because they get to hurt and kill us with impunity.