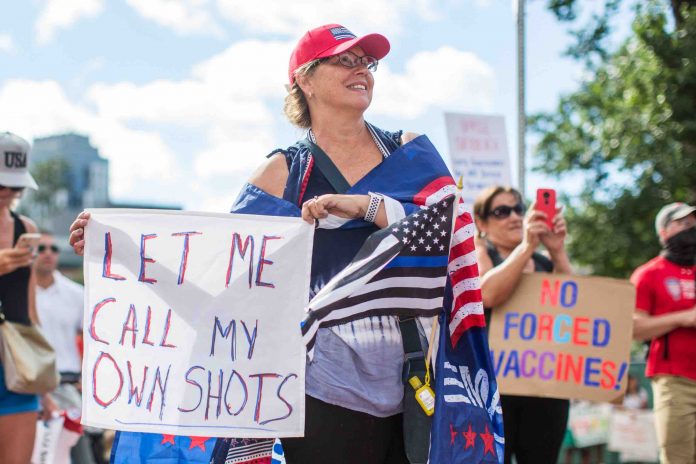 The “hesitant” – as people who aren’t interested in trusting the pharmaceutical cartels or the government to “keep them safe” from a sickness that doesn’t meaningfully threaten them are being styled – have more than just that reason to eschew the “vaccine” that’s being hard-sold like a time-share condo.

Your “vaccine status” – plural – to become public business. Maybe you are ok with this shot. How about the next one? And the one after that? Where does it end? It doesn’t end.

That’s what’s on the table. 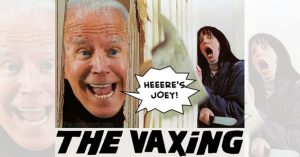 Precedents are everything. Lawyers live by this motto because that is how you win or lose cases. It is the basis upon which laws are passed and expanded – and upon which appeals stand or fall. If it is decided in law that the government can force you to hand over 1 percent of whatever you earn the principle has been encoded that it can force you to hand over the other 99 percent. The precedent has been established. All that remains going forward is haggling over the degree. The fundamental, defining thing has been conceded. 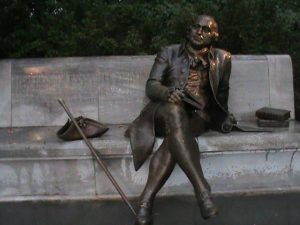 The precedent will have been set and the principle underlying it codifed. Then it will be expanded.

That is how laws work in a legalistic system, where legal precedent – what is called case law – supplants the natural law, as imperfectly stated and reluctantly conceded by the tacking-on of  the Bill of Rights to the Constitution. Not the Constitution, which is a lawyerly document written purposefully to establish a system of case law that would – in time – do away with the natural law conceptions articulated in the Bill of Rights. Which was literally tacked on to the Constitution to appease men like George Mason of Virginia and others mistrustful of the Constitution, which makes no mention of anyone’s rights but which is full of artful language about the powers the government shall have to modify, curtail and – ultimately – dispense with those rights altogether.

Lawyerly language about the general welfare, for instance – which can and has been construed by lawyers to erode natural rights to the point that they are becoming (if they have not already become) conditional privileges.

It is also not by accident that life, liberty and property became life, liberty and the pursuit of happiness – which sounds wonderful precisely because it is poetry and not sense. How can one be “happy” when one’s property – including the property one has in oneself, as in the sanctity of their own body – may be violated, legally, anytime the law says so?

Such ugly things are no longer taught, precisely because of what it tells those who become aware of them about the nature of the system they are yoked to. 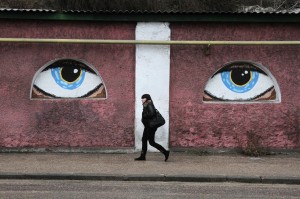 And it is no longer merely the law that is the violator of natural rights. Corporations are now arguably a much greater threat to them since they aren’t even obliged to pass laws for that purpose. They can postulate policies – and these have the force and effect of laws in a system such as ours, because corporations control practically all employment and the peripheral things that are necessary to employment, such as banks – without which it is rather difficult to get paid by a corporate employer or even do business independently of corporate employment. 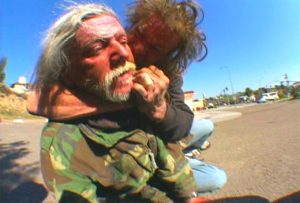 And they have to work – to the end of their lives – because of the government, which steals a third to half of what they earn and then steals more, endlessly, in the form of such things as what are styled “taxes” applied to their very homes, such that they can only remain in those home so long as they continue paying the “taxes”  – which obliges almost all of them to work until they die. Which applies tremendous economic pressure to submit to whatever the corporations that employ the majority of them require they submit to.

Some will defend the supposed “right” of “private” corporations to impose whatever policies they wish but this is a suicidally idiotic defense of the primary thing destroying the  concept of private property. Corporations are government property, in the first place. Creations of government, for purposes that benefit the government and the corporations – always at a cost to natural rights. It’s just their policy – and you’re free to work somewhere else! Except everywhere else has the same policies – and they are all protected by the same government. 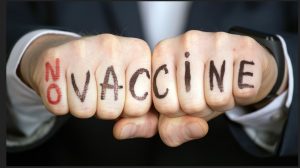 There is also an element of cruelty in this. Of giving people the “choice” to submit – or starve. It is like bum fighting, the despicable practice of offering desperate and destitute street people a few bucks to throw fists at one another for the amusement of those who pay them (I am indebted to a reader for this observation). They are free to say no in a legalistic sense but the fact doesn’t make the thing less despicable.

If most people weren’t so enserfed by a system that keeps them that way by violating their right to property at every turn, the property of their bodies would not be threatened at every turn. They could say no – without repercussions – because their right to say no would be regarded as the natural law, as it once was.

Instead, we have case law – and now a case is being made to compel everyone to roll up their sleeves for this “vaccine.” Which will become the next “vaccine,” once the precedent is established. Which will set the precedent for the literal surrender of control over our very bodies to the government-corporate nexus, for whatever “treatment” they decide we require.

And that is why principled refusal is so critically important, the hill that must be defended at all costs – else it will cost us everything.

Have Yourself an Awkward Little Christmas . . .