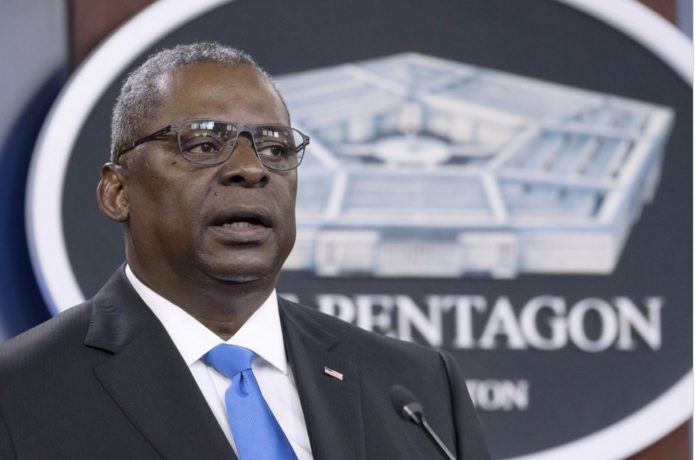 Some of you who grew up when cartoons were still funny may recall the episode of Bugs Bunny, in which the eponymous wabbit was pursued by a creepy mad scientist bent on using him for experimental purposes.

It’s not so funny now that we are all wabbits – and the mad scientists are on the government payroll or have control over your payroll, if you happen to be unlucky enough to work for a big corporation.

Or are trying to get a college degree.

Virginia Tech, which is in my neck, just announced that it will punish everyone who hasn’t been injected by requiring them to perform the Sickness Kabuki meant to wear them down and get them to accept being injected. Meaning, “masks” – the medicinally idiotic but psychologically effective tool used to make everyone look sick or appear to be obsessed with sickness. Which also is why the injected will be compelled to wear them, as well – so as to keep everyone worn down and also to generate anger toward those who’ve thus far refused to be experimented upon.

It is the Unjabbed who are causing all the trouble, you see.

All of which is pretty sick, given the UnJabbed aren’t and aren’t likely to become sick, in the medically serious sense. But they are being pressured to risk becoming sick by being Jabbed.

It is the tactic of a bully – and that by itself says a great deal about the merits of the “vaccine” – which are so attenuated (especially in relation to the risk posed by the virus) that it is necessary to bully people to accept being injected with them.

Worse than that, even. The Secretary of Defense has just decreed that everyone bound to military service will get Jabbed – or be prosecuted. As in – get Jabbed – or go to jail. To military prison. A court martial for those who refuse to be experimented upon, placing them under a particular form of duress far beyond that which obtains at, let us say, Wal-Mart, where refusal to be Jabbed may cost you your job.

But you are free to go.

In the military you are not free to go. You have no option to part ways with a disagreeable employment situation.

This is something that even the most obtuse defenders of corporate-state “private property” will hopefully object to, at last. And not only because it is objectionable in itself but because of the precedent-setting it portends. If the military can threaten a service member with prison for refusing to bow to an experimental medical procedure he opposes, that he dreads the risks of – and which entails risks that are not known in addition to the known ones – then the same loathsome logic can and will be used to forcibly inject the general population.

This is already being done piecemeal, using the threat of exclusion – from school, from employment, from commerce, from society – as the leverage. But now there are threats of criminal sanction. Of imprisonment. And implicit in such threats is more than merely the threat of losing one’s freedom. To resist such a threat is to invite the direct application of violence, possibly murderous.

1. The voluntary consent of the human subject is absolutely essential. This means that the person involved should have legal capacity to give consent; should be so situated as to be able to exercise free power of choice, without the intervention of any element of force, fraud, deceit, duress, overreaching, or other ulterior form of constraint or coercion; and should have sufficient knowledge and comprehension of the elements of the subject matter involved as to enable him to make an understanding and enlightened decision. This latter element requires that before the acceptance of an affirmative decision by the experimental subject there should be made known to him the nature, duration, and purpose of the experiment; the method and means by which it is to be conducted; all inconveniences and hazards reasonably to be expected; and the effects upon his health or person which may possibly come from his participation in the experiment. 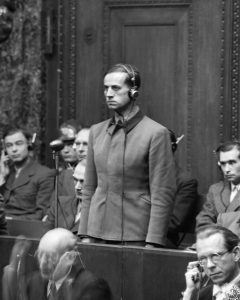 Italics to emphasize what ought to be obvious – but which is being ignored. It was only one long human lifetime ago that criminals were imprisoned – and several of them hanged – for forcing unwilling victims to submit to medical procedures they did not consent to, which entailed known and unknown prospects of bodily harm, without full and complete disclosure of these risks prior to the victim being made to submit to the procedure.

And now – as just before then – the criminals are in charge, again.

Perhaps justice will one day be served. In the meanwhile, we – all of us – should at least have the right to opt out, even if it means our exclusion from the systems and structures of their society. We have the right to create our own – parallel – societies, in which people are free to decide for themselves whether to associate and with whom, with the only consequence being the equal right of others to decline to associate, if that is their wish.

But to threaten to put people in prison – whether in uniform or not – and to possibly kill them if they attempt to resist – is an outrage that cannot be permitted to stand.

Our lives literally depend on standing up to this evil – and to the evil people who would threaten such a thing.

May god have mercy on them – though they hardly deserve it.