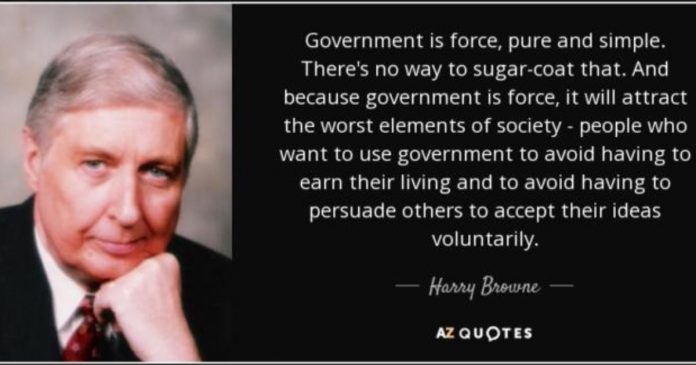 When the government requires you to buy something (or take something) it is prima facie evidence there is probably something wrong with it. That there is little, if any, benefit to you – especially if you are a responsible, prudent person – and probably a great benefit to those who are not. Who are almost invariably the ones insisting you be made to buy (or take) whatever it is they favor forcing you to buy (or take).

Car insurance falls into this category.

It is not an evil thing, as such – but becomes so when it is required. The latter being too polite, too evasive a word. When the government requires anything it is threatening everyone.

You will buy insurance – or else. 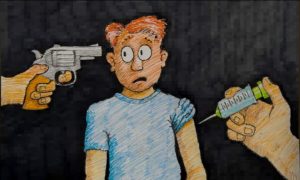 So as to be made to pay for the harms you haven’t caused – as well as those caused by others.

Instead of coverage based upon you, the individual – and your individual risk profile, based on actuals harms you have or have not caused and your particular individual likelihood of causing harm in the future, extrapolated from your specific record – you are collectivized into a herd of people whose risk (and actual causing of harms) is higher. And because this mafia can force you to pay, you are made to pay on the basis of tenuous-at-best “risk factors” such as the number of tickets you have received for various traffic infractions.

All of them pretexts and excuses. 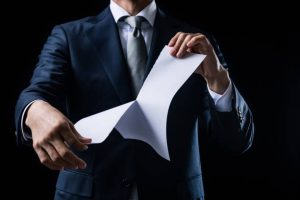 They wouldn’t be able to impose a 20 percent “surcharge” just because you received a ticket for doing 42 in a 35 – because you could simply cancel the policy.

They could never get away with charging you more for “coverage” than it was worth to you – as by charging more for the coverage than the car, itself, is worth. (This is generally about what most people actually do pay for “coverage” at gunpoint, when you factor it over time. It is common to pay $1,000 annually for a full-coverage policy; the average car sells for about $32,000. Thus, over a period of about thirty years, one has paid as much for “coverage” as for the car, a bad deal for most people, especially those who never wreck their cars. Hence the need to force people to buy such coverage)

Why not eliminate laws requiring insurance – and simply hold people accountable when and only if they cause harm to others?

It would be just. It would cost the responsible among us, less. And it would remove the bayonet from our backsides – and not just over this.

If I run off the road and wreck my car, that’s my problem – or ought to be. No one else ought to be obliged to pay to fix it (or me). If I wreck your car – or harm you – then I am responsible, morally, for that and you have every right to hold me accountable for the damages. 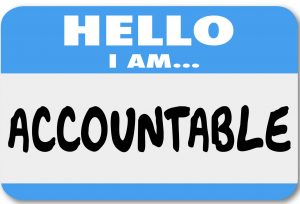 There is no ambiguity. No “might” or “maybe.” A person either did – or did not – cause harm.

Now, some will say: But “society” has the right to protect its members against the possibility of harms. This is fatuous. There is no “society” except as an abstract/rhetorical device – only individuals and only individuals have rights. No person has the right to hold anyone else responsible for harms they might cause. That is the definition of presumptive guilt, of “sentence first, verdict after.” It sets a dangerous precedent as well for the further expansion of this evil principle, which we are now dealing with as regards the presumption of sickness – and the presumptive spreading thereof by healthy people. 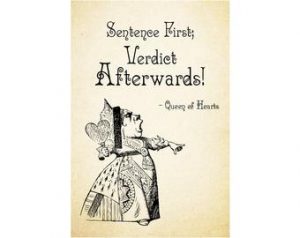 There is literally no end to it – other than how much punishment people are willing to accept on the basis of someone else’s fear of what might happen.

There is also the argument in defense of forcing people to buy insurance as regards “costs to society” of the uninsured – whether car or otherwise. This is also fatuous – and misdirected.

In the first place these “costs” are hypothesized rather than actual. Another extrapolation of the principle of might, which is wrong on the face of it as well as dangerously wrong for the open-ended precedent it sets. 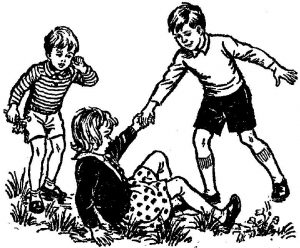 In the second place, these “costs” – if they are incurred – belong properly in the lap of the person who incurred them. If I run my car off the road no one else ought to be obliged to “help” me repair it, or me for that matter. I should have no legal way to force anyone else to “help” me. if I damage someone else’s car or them, then  I – and I alone – ought to be held responsible, not “society” (that is, other people – who had nothing to do with it).

But what if I cannot pay! Then “society” is left holding the bag! This is the usual argument. It only holds if the law makes “society” – other people, who had nothing to do with it – pay for the harms I caused. Remove that element of force and “society” pays nothing.

This will of course entail expecting – and if necessary, obliging – me to pay. If I do cause harm to others. But who can argue the rightness of that? If I haven’t got the funds, then oblige me to work to earn the funds. Or to sell possessions to raise the funds. Is this not morally preferable to making everyone work to earn the funds extracted by a government-backed cartel that can make everyone pay for harms they have not caused? And by dint of that power, make them pay staggering sums over the course of their lives, far in excess of any benefit received for the “coverage”?

But this is unworkable! We cannot have people chained to indentures, or debtor’s prisons. Better than chaining everyone to a legalized indenture and perpetual debt, without the compensatory moral justification of their owing the debt.

Finally, if insurance were not mandatory, it would be affordable and most responsible people would likely buy it, without being forced – because it would be a fair exchange. It would be worth it to them. A driver who is careful and skilled would pay a trivial sum for coverage precisely because of the unlikelihood of his every having a claim filed against him. But the paying of a small sum for just-in-case (of an encounter with an irresponsible person) would appear to him reasonable and so he would, without being forced.

The fact that he is forced – to pay an exorbitant sum – tells much about who benefits from all this “coverage.”