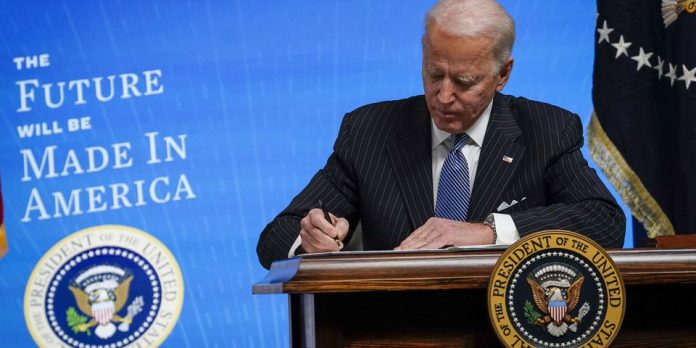 This is necessary – in order to push the public into the electric cars being mandated into mass production by the same government that is mandating (via regulations) non-electric cars out of production.

But the problem remains.

Electric cars suck. Money and time. While they may be appealing to affluent people who live in cities and close to cities, where the EV’s abbreviated range is a non-issue, people who live farther out do have to worry about how far they can go – as well as how much it will cost.

There are still millions of non-electric cars in the hands of such people and these will continue to serve as an end-run around “electrification” for decades to come. And as a kind of control group, making all-too-apparent the EV’s gimps.

Unless, of course, it becomes impossibly expensive to fuel them.

And now you understand why gas prices are rising.

This is the other half of the pincer enveloping personal mobility in what was – less than a year ago  – still more or less America. Gasoline is being made artificially expensive via government-induced scarcity, achieved by curtailing production and distribution via regulations and various federal fiats, such as the cancellation of pipelines and leases on government-owned property where there is plenty of oil that is to be left purposely unused. 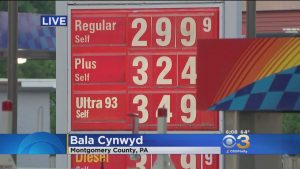 The oil companies are being made to understand that their future profits depend not on finding and refining and providing oil but on being partners with the government, which will create a new regime of energy scarcity. It may not make the companies as much money as they made finding, refining and providing oil. But they will still be allowed to make money – on “renewables” – which the government will subsidize and ration.

They will no longer have to compete for customers – as customers will have no choice. They will pay for what they get – as billed via the SmartMeter already attached to their homes.

The Tesla (and GM) model of car-making, in its essentials. 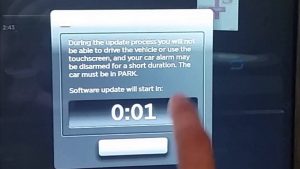 This method of raising the cost of gas is far more sly than the clumsy tool of raising taxes, which would be all-too-obvious. The average person is enraged when the government adds 5 cents per gallon in tax to the cost of gas. He sighs when the cost of the gas, itself, goes up by $1 over the course of nine months – accepting it with the equanimity of inevitability. Because he does not see that it is due to the government. He attributes it to “inflation” and other non-specific ephemera which he neither understands nor feels he has any control over. He does not grasp the method – or the purpose.

That purpose being to to herd most of the public closer to the cities, where people like the president selected and those feeding his TelePrompter want them. 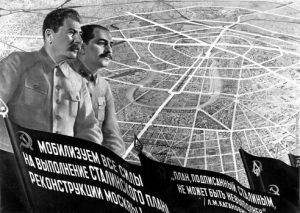 The areas outside the city are to be depopulated. These being largely “red” (i.e., more generally American) areas than the urban areas.  This has been the stated goal of the political Left since the 1960s.

The political Left despises the car – not because it “pollutes” but because it frees. It made it possible for almost anyone who didn’t want to live in a city to leave the city. Rather than live in an expensive (and small) apartment in the city, where his kids would never know the freedom to explore the nearby woods or go skinny dipping in a pond, he could afford to buy a house in a safe neighborhood, in a county controlled by people more like-minded than the arrogant apparatchiks who run all big cities. Who are remote and unaccountable, even if nominally subject to the vote.

There are too many voters for your vote to matter much in a city – and most of the others are government apparatchiks of one type or another – or depend on the government for their employment (or benefits). 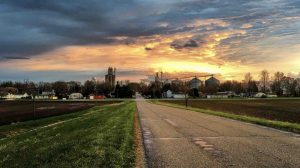 But outside the city, there is fresh air – and freedom. Political as well as economic. In a small town or rural county, you may personally know the sheriff, the local politicians – and they know they had better not annoy the majority of the people among whom they live.

Jefferson – who died in 1826, long before the car was born – instinctively understood that there is political safety in decentralization and diffusion. That so long as Americans were free to own their piece of land – and free to move about – they would be free of the yoke of political authoritarianism.

The personally owned car, more than any other thing, fully realized Jefferson’s vision. It cut the cord – mark that! – which tied most people to cities, before there were affordable, personally owned cars. It alone is responsible for the rise of the American middle class, defined more than anything else by the owning of a single-family home outside the city, which would be unfeasible on practical and economic grounds without the personally owned car. It alone makes it feasible to not live near a train or bus station. To buy a house and a bit of land in an area that would otherwise be too inconveniently distant from work. 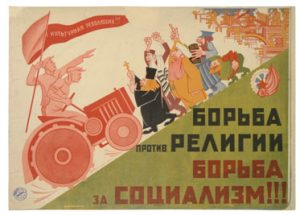 Leftists have seethed with resentment toward this for generations – because Leftists understand that a comfortable middle class doesn’t like – doesn’t need – Leftism. Hence the importance of eliminating the middle class. The “environment” has just been the excuse – the evil trick that uses unearned guilt to shame into silence opposition to the Left.

One can see this trick used to further the same ends in the form of what’s been going on over the past almost two years now in the same of “public health.” Which was used – not uncoincidentally – to remove the previous president selected, whose policies were empowering the middle class, especially as regards the making of energy more abundant and more affordable.

A more agreeable replacement was absentee-balloted into office, riding the coat-tails of an invisible bug, tasked to cure the real sickness – from the standpoint of the Left:

They – like the non-electric car – are to be squeezed until they no longer exist.