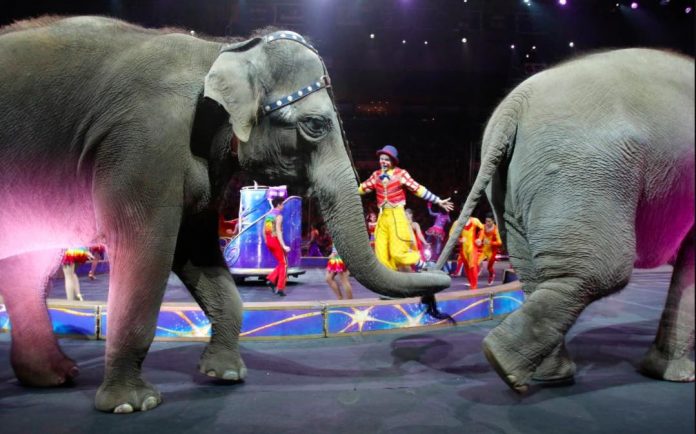 Have you ever seen a line of cars waiting in one of the left turn lanes – with no other cars in the adjacent turn lane? They are like elephants at the circus, the one behind following the one ahead  . . . gazing at its rear end.

This is but one example of bad driving – a thing that can be generally defined not so much by lack of  race car-driver reflexes and skill but rather by the absence of attentiveness.

These drivers lining up in the one of two available lanes (causing the open lane to be blocked off, if the line is long enough – and thereby preventing a number of other cars from making it into the turn lane and through the light before it changes)  . . . and the ones who sit in the passing lane, never passing anyone but blocking the way of other drivers who would like to by matching the speed of the car beside them in the right lane are bad drivers not because they haven’t mastered the art of throttle steering through a curve – but because they haven’t mastered the art of using their rearview mirror.

Or – worse – acting in a considerate manner in response to the information it conveys.

If you see a car gaining on you – and you are in the passing lane – then good driving practice is to get out of the passing lane. Which is the left lane of any two lane road as well as the lane meant for faster-moving traffic.

If you are neither of these, then you ought to be in the right lane.

This used to be taught in what was once Driver’s Ed but which is now a passivity conditioning seminar, in which “students” are taught the Prime Directive: Obey every traffic sign to the letter of the law. Except of course signs that say, slower traffic keep right and yield.

They are taught that speed limit signs are sacred totem poles and that it is unsafe to ignore them, ever. Thus, they will not pass a car to their right – even if they are in the left – if the car to their right is “doing the speed limit” – and so are they. They regard any driver who wants to pass as in the wrong – because he is “speeding.” And thus, they feel in the right to block his way – or at least, to make no effort to get out of his way.

They may not even be aware there is a car behind them, since they are “doing the speed limit” and thus anyone behind them ought to be doing the same and so why bother keeping track of what’s back there. Everyone just queue up and proceed at the same pace, like an escalator – or elephants at the circus. 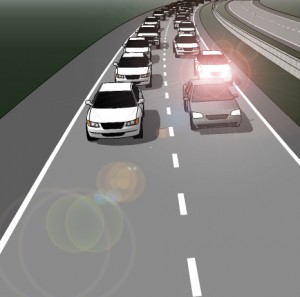 This misses the point, entirely.

Driving a car ought not to be like riding an escalator – or being the middle elephant in line at the circus. Independent movement is the whole point of it. Being able to drive faster, if you like. Being able to get there sooner. Being free to drive at your own comfort level, rather than the least common denominator level.

Else there’s not much point to it.

Which probably accounts for the passivity conditioning seminars that are still called Driver’s Ed, of a piece with calling the activities of the Pentagon defensive. What is wanted isn’t merely a herd of passive rule-obeyers (well, some rules) but rather to transform driving from a joy to a chore, so as to herd as many people as possible into passive forms of transport, such as government controlled bus and rail and – soon – what are styled “self-driving” cars. Which means cars controlled by their programming, that drive as those who control them decide they will drive.

It’ll be a kind of personal bus. You may not have to share a seat – or listen to someone else’s obnoxious chatter. But you’ll go where (and how and when) the driver – which isn’t you – decides.

Back to the mirror.

It should be scanned regularly, no matter which lane you’re in. Government “safety” regulations have made it harder to see what’s behind you, due to the tunnel vision effect of much smaller rear glass and jacked-up rear ends seemingly inspired by the oddly formed proportions of Kim Kardashian’s rear end but which are actually designed to absorb the impacts made more probable by all of the government’s “safety” mandates  . . . and the general failure to scan the rearview.

But you still ought to be scanning.

Try not to be an impediment to the smooth flow of traffic, including faster moving traffic. If you’re in the path of it you ought to try not to be. Ought to act preemptively, so as to avoid being.

This way, he can ease by you without having to brake – which interrupts the smooth flow of traffic.

Whether he is “speeding” – and you are “doing the speed limit” is not material. It serves no one’s interest to block the smooth flow of traffic. It only makes traffic worse – and driving less pleasant, for everyone.

Our Right to Ourselves