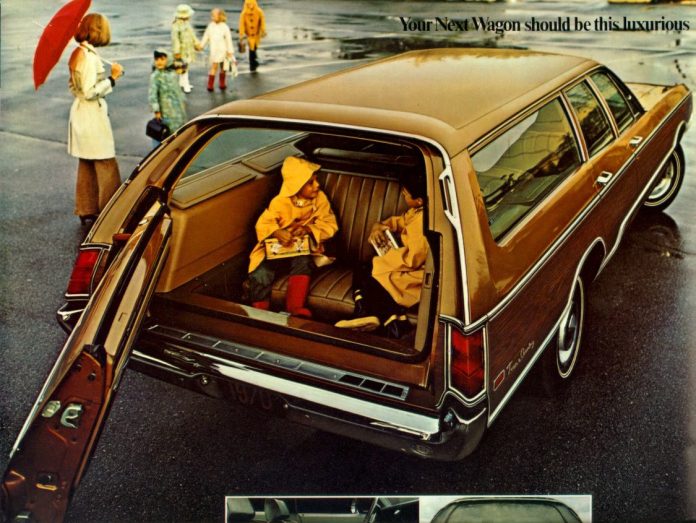 Government has cost us so much it is hard to add it all up. Many of these costs are hidden costs, too.

This week, I am test driving the new (2022) Mitsubishi Outlander, which is a compact-sized crossover based on the Nissan Rogue. The two share the same drivetrain – which they do because (once again) of government, which has made it so expensive for a smaller car company like Mitsubishi to achieve compliance with the multiple/tiered regulatory regimes applied to a new engine/drivetrain combo  that it is easier and much more cost-effective for the smaller company to just buy/license an engine/drivetrain that has already achieved compliance from another company.

Thus, the Outlander is more or less a re-bodied Rogue, with three rows of seats rather than the Rogue’s just two. The idea being to give buyers a reason to buy the Mitsubishi rather than the Nissan.

Which is because of the government.

The Outlander’s third row – like the third rows in all modern, government-approved vehicles that have them – faces forward. This being necessary to achieve compliance with federal saaaaaaaafety regimes. If the seats faced rearward, there would be vastly more legroom – because all of the cargo room would be available for legs. And it would be vastly easier for passengers to get to those seats, since they would not have to climb over the second row to get to them.

The seats could still be folded, too – to make room for cargo when not in use.

It would also be much less hassle to put kids in those seats, the law requiring that kids be strapped into saaaaaaaaaafety seats – which are all-but-impossible for a parent to secure when the third row faces forward. But if the third row faced rearward, it would be easier to strap a kid in than in any of the other forward-facing rows. Plus, the kids would want to be back there – as anyone who was a kid before the government outlawed rear-facing seats will remember. 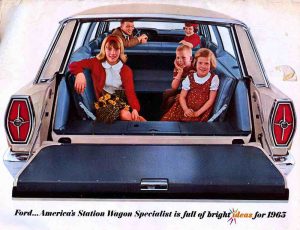 They were the best seats in the house. You faced the rear glass and watched the world unfold behind you. If there was enough glass, you could look up at the clouds – or the night sky. If it was summer – and the rear glass was rolled down – you felt the wind in your hair and smelled the world outside.

The kids of today have paid a price – though they are unaware of the cost.

They sit facing forward, strapped in tight. They probably never ride in the third row because it’s too much hassle for mom or dad to strap them in and besides, there’s not enough room back there and not much to see back there, the view being obscured by the seats (and heads) of the people they face.

They are the least desirable seats in the house.

Also the least practical, which is ironic in view of that being the whole point of having them in the first place. 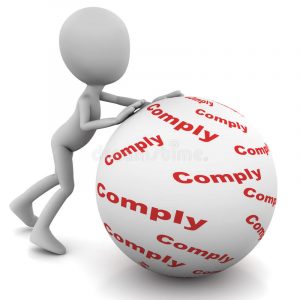 No. It’s simply not compliant – and that is a different thing altogether.

There was no epidemic of child-death when cars had rear-facing seats, which many cars used to have. It was a typical feature found in the large station wagons that were the preferred family car before the government got into the business of designing (via regulatory regimes) cars. Some of these cars could take nine people.

Those big, family-friendly cars – the station wagons of the ’69, 70s and even into the ’80s – were outlawed by the government. Not using laws, of course. Rather, regulations. Specifically, regulations regarding how much gas they were permitted to use, according to government “standards.” These “standards (Corporate Average Fuel Economy, or CAFE) made it very difficult to continue building 7-9 passenger station wagons, which generally had big V8s, too.

Today, only huge SUVs and pick-ups do.

The minivan took over the family-hauler role because it could seat 7-8. But minivans have a certain ambiance. Enter the crossover, the vehicle which does what a minivan does, just not quite as well – without looking like one, which compensates for that. But the third rows in these things is almost always tight – and awkward. Unless the crossover is super-sized, which applies another cost and not just in terms of what it costs you to buy more vehicle. There is also the cost of driving such a huge hoss – and of feeding it.

And finding space to park it.

Just another measure of what government has cost us, kids and grown-ups alike.