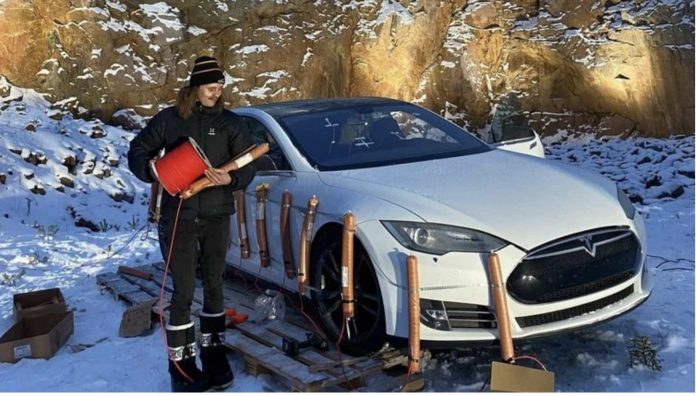 Out here in the country, there’s a saying about what to do with something you no longer need, like an old refrigerator – or a car that’s beyond fixing.

Throw it in the Woods.

Tuomos Katainen of Jaala, Finland, had a better idea.

Blow the damned thing up!

And so, he did. Took his not-worth-fixing 2013 Tesla Model S, strapped it with dynamite and blew it to kingdom come. But why would anyone do such a thing to a car – a six figure car, when it was new, only nine years ago? One does not often read about owners of nine-year-old Mercedes S-Class sedans blowing them to kingdom come.

That’s because a nine-year-old S-Class probably has another nine years of useful life left. Most cars – that aren’t electric cars – have years of life left after just nine years in service. It is why the average age of cars (and trucks) currently in service is twelve years-old. Many of these will probably still be in service twelve years from now.

But Katainen’s 2013 Tesla had no life left. Or rather, its battery pack didn’t.

After nine years of discharging – and recharging – the EV equivalent of refueling, but with a big difference – the Tesla’s battery pack could no longer hold a charge. Which rendered the car unable to move. The dealer told Katainen a new battery pack was necessary for the car to be able to move, again.

Dynamite was cheaper – and more satisfying.

Katainen probably thought about it a little and reasoned that spending that $20,000 to get his Tesla going again was more than merely exorbitant, relative to the value of his nine-year-old car.

Spending that $20k on a new battery pack for his old Tesla would also cost him in another, subtler, way.

Were he to have that new $20k battery pack installed in his nine-year-old car, four years down the road it would be about halfway through its service life. With only about half a life left after four more years, the car would be worth that much less to prospective buyers aware of the facts of life about battery life – and replacement costs. Who would be idiots to not factor the pending (again) replacement cost of the battery pack into their buying decision.

Batteries – whatever their size – are fundamentally throw-aways. And so are battery-powered cars.

This is self-evident due diligence in every case except the EV case.

It’s fascinating, psychologically. A case of the Emperor’s New Clothes. So fine! So exquisitely made!

You will – when the service advisor hands you the bill.

When people shop for a non-electric used car, they take into consideration the condition of engine and transmission and base their decision – and offer, if they decide to make one – on the expected remaining useful service life of both. 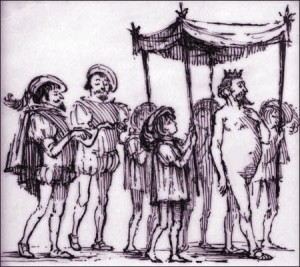 It is a reasonable assumption that a nine-year-old car with say 100,000 miles on the odometer is about halfway through its useful service life. It may in fact last considerably longer, as many modern cars do.

If it is, it’s certain not to.

There is another certainty to consider, too – when dealing with electric cars. Whatever their range is when new, it will become less over time. Until it becomes nil. This certainty being a function of chemistry.

When you refuel a non-electric car’s tank, you are not in any way degrading its mechanical capabilities. It will go more or less the same distance on a full tank (and deliver the same gas mileage) when it is ten or fifteen years old as it did when it was zero years old. Assuming, of course, that the transmission isn’t slipping and the engine is still “tight” – i.e., hasn’t lost compression, etc.

Which can be the case after that many years but isn’t necessarily the case. 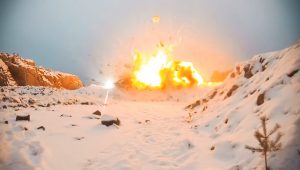 As it is with EV battery packs.

Every time you discharge/recharge one, you are one step closer to the day when the battery will no longer be capable of holding a charge. The faster you recharge it, the sooner that day will come. And long before you get there, the battery will hold less and less charge, as it gets tired of being discharged – and recharged. The less charge, the less far. Your range decreases – and you have to recharge more often.

This accelerates the dying process of the battery.

Put another way, the more you drive an EV, the sooner you won’t be able to drive it. Well, not without paying for it. 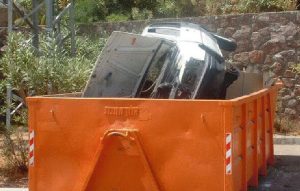 What do you suppose the market value/depreciation curve would be of a car that, after about nine years in service, had very little service left in it? Would you spend $40,000 or so – the cost of the least expensive new electric cars available – knowing, going in, that you’d either need to spend thousands, again, after as little as nine years of driving . . . or buy another car for $40k?

It will be interesting to see what people will do when they find out about that.

And maybe even dynamiting.