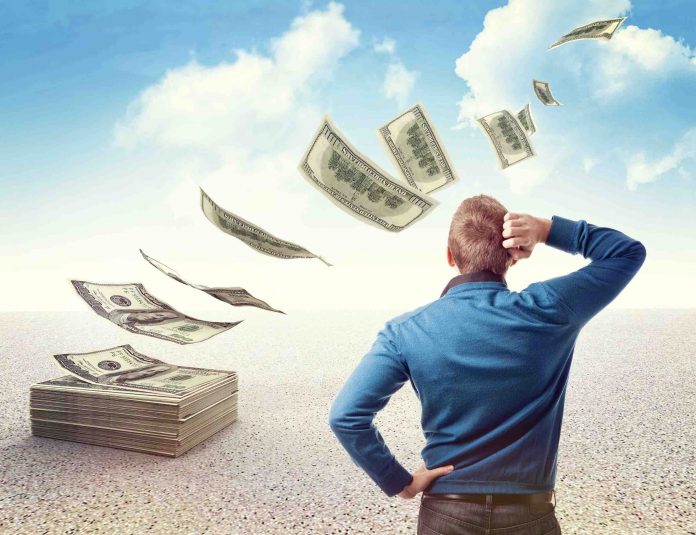 Electric vehicles are being sold, in part, on how much they’ll save people in terms of maintenance costs.

This is a con on par with a “case” being synonymous with sickness.

EVs are not no or even low-maintenance relative to non-electric cars. They are different maintenance.

And they’re not cheaper to maintain.

Instead of oil and filter changes, you change the battery pack. Which do you suppose will end up costing you more over the life of the vehicle? 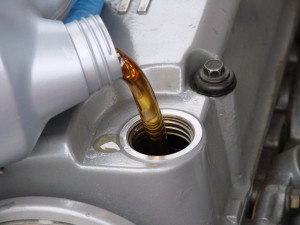 The latter italicized for reasons that will shortly become clear.

An oil/filter change generally costs about $50 ($10 for a filter, $5 per quart of oil times 5-6 quarts plus the labor, if you pay someone else to do it). Most non-electric cars need their oil and filter changed about once every 6,000 miles or so – about twice a year given the average 10,000-12,000 miles most people drive each year.

But if you own an EV, it is probable you’ll have to replace the battery before ten years go by – because EV batteries don’t last that long in regular service before the regular discharge/recharge process reduces and then kills their capacity to retain charge, at which point the EV becomes as useful as a non-electric car with a bad engine.

And EV batteries cost a lot more than ten years’ worth of oil and filters.

For example, the cost to replace the low-output version (30 kilowatt) version of the Nissan Leaf’s battery ranges from $3,500-$4,500 and the cost to swap out the higher-performing versions (62 kilowatt) runs closer to $8k.

That pays for a lot of oil and filters. 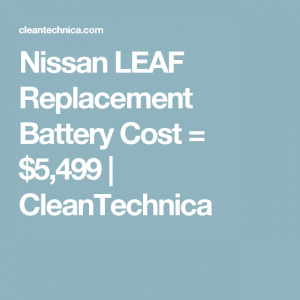 And you’ll be paying sooner. Hence the italics, above.

Reread that part about the EV’s battery pack not lasting the life of the EV – as opposed to the typical service life of the entire non-EV, which is generally 12-15 years before anything more than routine maintenance such as oil and filter changes is necessary.

There is another expense associated with the comparatively short life of the EV battery. It is the reduction in value of the EV with a tired battery. An eight-year-old used non-electric car is still valuable because it still has lots of life left. An eight year-old EV with an eight-year-old battery has much less life left unless you replace the getting-tired battery. This cost is reflected in the cratered resale value of old EVs.

On top of the expense of the new EV battery and the cost of reduced resale value, there is the expense of other maintenance items that will need to be performed.

For example, cooling system service. Most EVs have these even though they haven’t got engines. But their batteries need to be kept not-too-hot (else fire) and also not too-cold (else brick) and the system that serves that purposes needs maintaining, too.

How about brakes – pads and such – as well as tires and suspension parts? They are more or less the same as any other car’s – and also wear out over time and need to be replaced or serviced at some point. 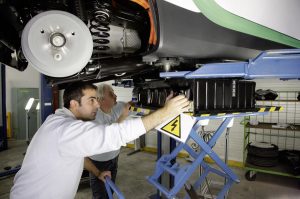 It’s true the EV’s brake pads last longer because the EV uses the resistance of the electric motor to aid in deceleration. But what you paid for that motor – and those batteries – is a great deal more than what the non-EV owner pays for brake pads, even if he buys them twice as often. A set for the typical car costs about $100 plus labor (call it another $200) and new pads usually last 30,000-50,000 miles depending on how you drive. Assume new brakes every three years – which is much more often than most people need them.

That’s about another $1,000 over ten years – plus the $1,000 for the oil and filters. We’re still not halfway to the cost of replacing a low-cost EV battery before ten years.

And don’t forget the cost of the EV itself.

Which costs one average twice what a non-electric equivalent car costs. You could buy a new Nissan Leaf or Chevy Bolt for around $35k or you could buy a non-electric Toyota Corolla or small crossover SUV for about $20k and have $15k left over for oil and filter changes, brake pads and so on. 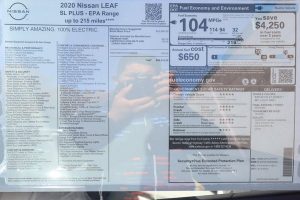 But wait! You’ll never spend a cent on gas!

Absolutely true. But electricity isn’t free – and it’s going to cost more when Uncle Joe applies the taxes currently not-applied to electricity, which isn’t even a political thing so much as an unavoidable thing as roads don’t get built and maintained for free, either – and it’s motor fuels taxes that pay for those things. Expect the equivalent, at least of the current rough average of 50 cents per gallon to be applied to kilowatts and volts, plus a probable additional tax to pay for the new generating capacity that will be needed to offset the cost of building out the additional generating capacity EVs will require, beyond the generating capacity of the grid as it exists now.

Which is not enough to power the things it already powers plus millions of electric cars.

You may also have to pay for upgrades to your home’s electrical panel, if you want to get back on the road in less than the 8-12 hours it takes to trickle-charge an EV on 120V household outlets. This alone could cost you more than you ever paid for oil and filter changes.

So, while it’s true the EV “saves money” on oil changes and such, it isn’t going to save you money.

It’s another case of people bee-lieving in a con as a consequence of being too lazy to question it.