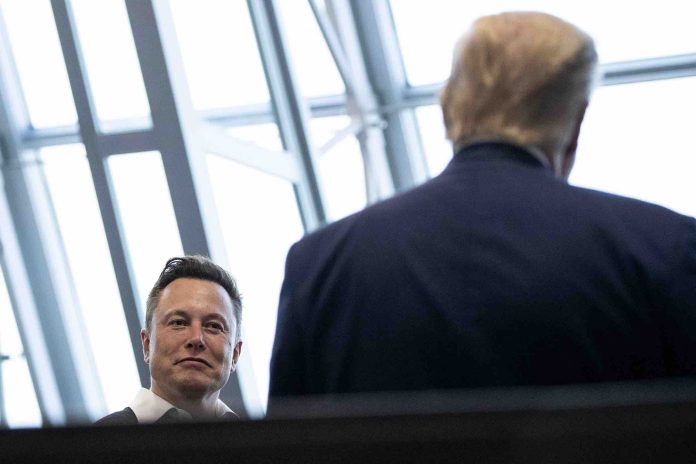 Many are excited – relieved is perhaps the better word – on account of the news that Elon Musk has bought Twitter, the “social media” entity whose name and symbol seem designed to appeal to giggling 13-year-old girls but which has been used to first hoover up the general population into using it as the vehicle for their public comments and then punish those among them who comment contrarily to whatever the reigning orthodoxies happen to be.

Facebook – the other variant of “social media” – operates on the basis of the same infantile-appeal (the name is equally suggestive of pre-pubescence) and has been used to the same East German Stasi effect. 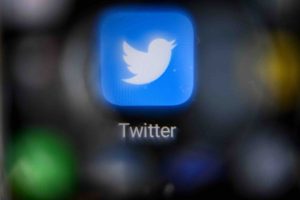 East Germany’s Stasi – the secret police, the intelligence gathering services – could only secretly police so much because there were only so many secret policemen (and women; the former Deutsche Demokratische Republik was an equal opportunity oppressor, as all “democracies” are).

Besides which, the general public was aware they were being watched and did what they could to prevent information about their activities – about what they were thinking – from being too available to the secret police.

The genius of what is styled “social media” is that it has successfully gotten the general public to gather intelligence on itself. The secret police of our time have an easy gig. Infantilize the public so as to keep it in a state of narcissistic juvenility – and then sit back and collect. 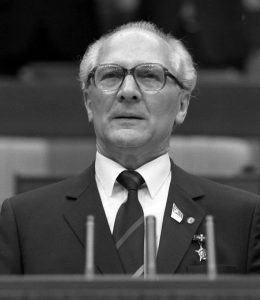 His taking-over of this “platform” will give him the power to decide what is and is not Wrongthinkful. Whether he uses it in that way remains to be seen. The fact is he will be the one in charge of what we’re allowed to think – and say.

Some think we’ll be allowed – imagine that – to say what we like, without being punished for saying so. Of course, that depends as much on the singular beneficence of Elon – which ought by itself to be troubling – as it does on the the nexus of corporate employment that hires or fires based upon one’s good standing (or not) with the orthodoxies du jour.

Do you “stand with Keeeeeeeev“?

Imagine if the predecessors of “social media” – i.e., the telecommunications biz, the phone company – listened in to every call you made, recorded every call you made and cut off your ability to make calls if you made one that they didn’t like? (They actually did all but the latter; this was exposed during the ’70s, a time when inquiries into the activities of the government were actually sometimes done by the government.) People cheer him, as they cheered the Orange Man. It is understandable. People weary of the assaults upon not merely their formerly assumed liberties but upon common decency are desperate to hear the sounds of defense, however garbled, emanating from someone in a position to possibly defend them.

Orange Man is one such. He arouses such fervid following because he sometimes says appealing-sounding things. He says them in a vague, disjointed way, often lacking specificity and always underlying principle – but with much emotional gusto. This connects with people who badly want to hear just that – even if it’s not exactly that. 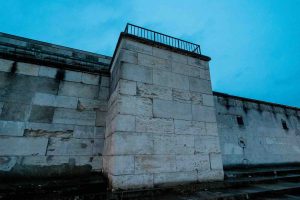 Another man excelled at this technique of saying what he knew a given audience was desperate to hear. He would then say something different to another audience, often on the very same day. Leaving each to believe it heard what it didn’t.

Neither audience realized they were being played; both audiences screamed their support without realizing what it was, exactly, they were supporting. But it sounded good and so they did, even when that same man brought their country to smoldering ruin, using them to do it.

How about this Elon man?

He is taken by some – with the same desperate hope he just might be – to be a libertarian. Mainly on the strength of his having said libertarian-sounding things every once in awhile. Most notably, recently – when he appeared to say some things in defense of free speech, which he now owns. All the modern-day iterations of public utilities now being the private property of individuals and entities who operate as government and with government. 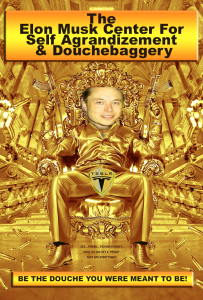 But we can trust Elon, some say. He is after all a libertarian.

This is the man who created what is arguably the greatest rent-seeking scam ever devised and is certainly the most pernicious, as it has served (very successfully) to push the “electrification” agenda down our throats. He has mulcted vast sums from other car companies – in the form of what are styled “carbon credits” – which they were forced by the government to purchase from him in order to “comply” with the “zero emissions” regulations he actively promotes, in order to “offset” the electric cars they weren’t producing. For which there was (and remains) no natural market. And which they are all now also being forced to produce – and which we are being pressured to buy (by reducing and eventually eliminating the non-electric alternatives).

If Elon were a libertarian – if he understood what the term means – he would have used his own money, of which he had plenty (via his PayPal stake) to finance his electric car venture. He would have convinced investors to support it – and people to buy the end result – without using government to coerce the result.

What does it suggest?

There is a similarity here, between Elon and the Orange Man – and the purblind support of their respective followers. Orange Man’s followers being purblind toward their hero’s “take the guns, due process later,”  red-flagging, bump-stocking and “vaccinating” (which he  continues to advocate, claiming he, personally, “saved millions of lives”).

Many still want to believe – whether in Orange Man or in Elon Man. It’s usually better policy to go by what you know – about what they do.