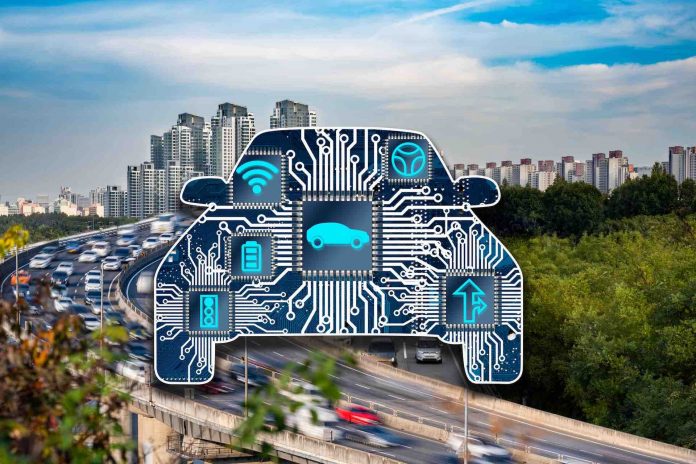 You have no doubt heard about the “chip” (semiconductor) shortage – referring to the bits of silicon that are critical to the myriad electronic operations of a modern, computer-controlled vehicle – and that it is the shortage of these “chips” that has winnowed the supply of new vehicles.

Well, not the vehicles, themselves. These can and are being made; the problem is they – their various electronically-controlled systems – don’t work without “chips.”

What you may not have heard about – which I have on good authority – is that the “chip”  shortage is being dealt with in an expedient manner. Vehicle manufacturers are apparently using different “chips” than specified – whatever works – to get those vehicles working and so available, for buying. 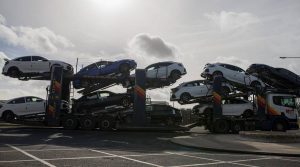 It works on the same principle as in the pre-“chip” days when physical parts were sometimes functionally interchangeable between makes and models of vehicles. An ignition coil for a Ford might be literally the same coil as the one used by Chrysler – but with a different part number stamped on it.

It didn’t really matter what the number indicated because it was the same part.

Owners could take advantage of such interchangeability, too – even in cases where the parts weren’t exactly the same. 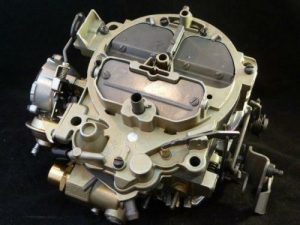 For example, a Quadrajet carburetor originally installed in a 1975 Corvette powered by a Chevy-built 350 V8 can be used in a 1979 Firebird with a Pontiac-made 400 V8, even though the fuel inlet is different (90 degrees vs. straight ahead) and some tuning will be needed to adjust it for the different fueling needs of a different-size engine.

But it bolts right up – more or less.

Similarly, it is also possible to install a 2004-R transmission from a mid-late 1980s Buick in that ’79 Firebird, even though the Pontiac never originally offered that particular transmission and the stamping on the case is wrong for that year/model car.  It’s not a big deal if you know what you’re doing – in part because the car has no idea what you’re doing. 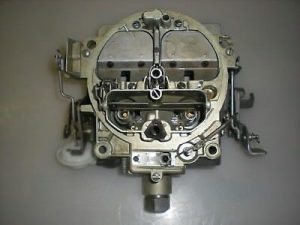 There’s no computer to sense something’s been changed.

No sensors unhappy – because they’re are none there to sense anything.

Modern car drivetrains are integrated wholes and very specific in terms of their bits and pieces – including the “chips” that run the works. It’s not just the drivetrains, either. There are numerous “chips” embedded in all modern cars – since all modern cars have embedded computers that control practically everything – even the power windows (yes, really). Also things like seat heaters and – of course – the “infotainment” systems all new cars also have. The glowing touchscreens which have replaced discrete physical knobs and switches – which were once the mechanical interfaces used to turn on and off accessories such as the stereo and AC/heater, or adjust them.

And so, dependent on “chips.” 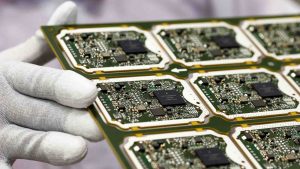 Without them, the various systems don’t work and that’s a big problem when you’re trying to sell cars, which are otherwise just a few thousand pounds of inert metal, plastic and glass.

Thus, according to my sources, whatever “chips” can be laid hands on right now are being used in order to get the things – the vehicles – to work, right now. In order to get them off the line and to the store – your local dealer – so as to be able to sell ’em. 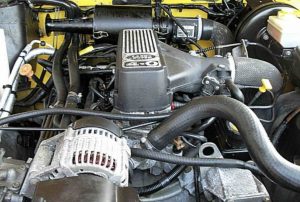 It’s the sort of thing desperate car makers have done in the past, when they were short of parts – or money, to make their own parts.

For example, if you looked under the hood of a ’90s-era Land Rover Defender, you’d find a ’60s-era GM V8. In a way, this was good – since GM parts fit (and worked) and they usually cost less than “Land Rover” parts.

Interchangeability wasn’t an issue; in many ways, it was a plus.

So what’s the problem with using “chips” that work – even if they’re not exactly the specified (part number) “chip” for that particular application? Nothing – until there’s a problem.

Then there may be confusion.

Keeping track of  which car got which “chip” – on the fly – is not an easy thing. Which may sound like a surprising thing given how homogenous modern vehicles seem. Visually, this is so. Even mechanically, in that the types (and sizes) of engines and so on are fewer and more consolidated than before (e.g., you may have noticed that practically every car company is selling 2.0 liter turbocharged four cylinder engines). 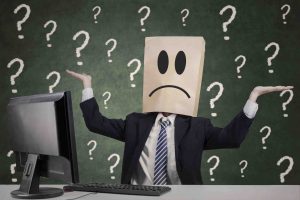 But there are myriad, minute and specific electronic variances between cars of the same make and model – even those made during the same model year. Even if they were made on the same day. Different options – when it comes to electronics – means different “chips.”

Your particular car may need a very particular part at some point. And it may develop a particular problem that’s harder to sort out on account of chaos/confusion over which electronic parts – “chips” and so on – were used to make it work when it was made.

Which could make it harder to get it working, again.

My source within the businesses – who works in manufacturing – advises thinking twice before buying anything “chipped” . . . until this “chip” business is sorted out.