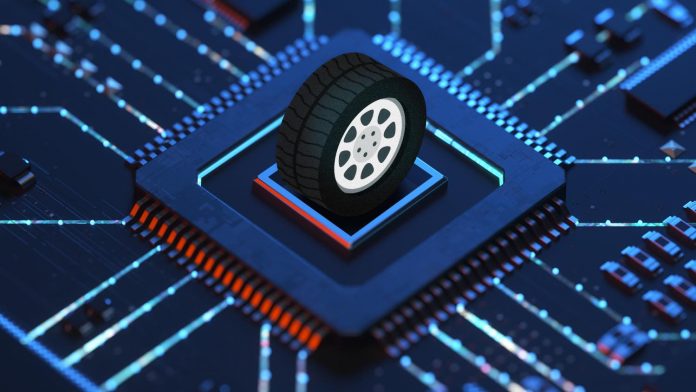 Used cars are supposed to go down in value. Last month, their value increased by more than 10 percent – something that has never happened before.

But what if it isn’t the “chips” but the electronics  that are causing people to shy away from new cars in favor of less electronic used ones?

They have electronics too, of course – assuming they’re newer than the late 1970s, when cars began to transition from being mechanical things with the only electronic thing (other than the radio and lights, etc.) being the ignition system.

But not as much.

They beep and flash and generally pester less. Their engines stay on at red lights – and only shut off when you turn the key to off. Which you can get replaced at a hardware store for $5 rather than $150, at the dealer.

The farther back you go, the less likely the car is to have “advanced” driver “assistance” electronics, such as Lane Keep Assist and Automated Emergency Braking. While the car press gives the impression everyone just craves such “assistance,” I – a member of the car press – have never in my entire career had so many people tell me they loathe being parented by their cars.

And the only way to avoid that is to avoid new cars.

It is possible many are doing so for just that reason, and irrespective of any chip shortages. This could be the real reason for the surge in value of used cars – of which there is a finite supply.

There is more to this story, too – as regards the chips and the electronics they govern.

Particularly as regards cell phone-emulating all-digital gauge clusters and “infotainment” screens, which are becoming almost as common in new cars as air conditioning and power windows are in used cars. A lot of people don’t want to drive a cell phone, in part because they know that a $30,000 cell phone is just as disposable as their $35 Wal-Mart cell phone. 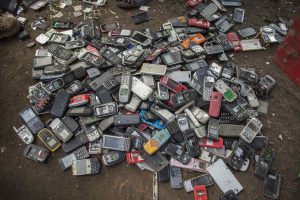 They are cluing in to the not-publicized-much fact that when one of these flat-screen gauge cluster/tablet-emulating LCD touchscreens goes dark, the owner’s wallet goes empty.

A modern automatic transmission – which is the type of transmission almost all new cars come with exclusively – is also electronic. And so, disposable. You don’t fix a cell phone. Or a modern electronic automatic. You toss it.

Such tossing will become more common as cars become even more electronic, with even more chips embedded within every nook and cranny – which is already the case. The cost of it all to buy being a driving factor but another being the cost and difficulty of replacing it all, when that becomes necessary.

Many of these electronic bits and pieces are specific to that particular make/model/year vehicle. 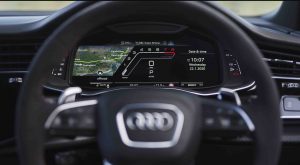 One size flatscreen does not fit all.

New cars are hyper-specialized cars, despite their look-alike cosmetics. Each one a specific individual, in terms of its electronics. These electronics  having been specifically made for that specific example, often not interchangeable with the physically similar or even appearing-to-be-the-same components from other cars of the same general type.

In the past, cars were more universal. 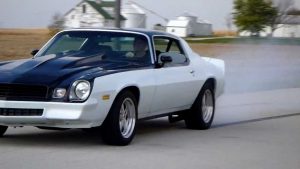 Not only that, they would often fit other years – and even other models – because given makes of cars shared parts among different models.

Often, over a period of many years.

If you had a ’78 Chevy Camaro, almost every major functional part from any 1970-1981 Camaro would work. Many parts from Novas, Malibus – and even Corvettes – made during around the same era were also the same or close enough to be compatible. If you could bolt them on, they usually would work. There was no issue with chip compatibility; no having to program or “key” the new part to the car – as is very common with new cars.

Because those cars had no chips.

Another, related problem afflicting new cars is the shorter production life of almost all new cars. This is not the same as their service life – how long a given car will probably run before it begins to fall apart, as we do after a certain age (no matter how hard we work to stave off the inevitable). 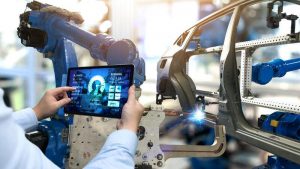 It was once usual for a new car – one just brought to market as a new model – to remain largely the same model, in production, for at least five or six and sometimes as long as ten years before it was redesigned and became a different model.

It is now usual for a new car to become a very different car within three or four years – and sometimes, sooner. There are also updates within that shortened production life – once again, just like a cell phone. These updates are often specific to that particular model, which means when a new chip or the electronic part it’s married to needs to be replaced, you need that very specific chip/part, as no other will work.

Because of these abbreviated production runs, the car companies also make fewer service replacement parts for their cars. Mechanical and cosmetic as well as electronic. 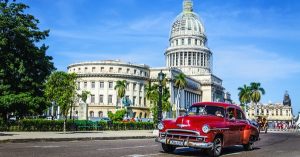 Enough to deal with warranty-related problems but after that, the bins begin to empty and because these parts are often proprietary as well as highly make/model/year-specific, it’s both legally difficult as well as not very profitable for aftermarket companies to step in and make replacements.

Which is why it is getting difficult to keep the new car going when the chips are down, so to speak.

Which may explain why people are snapping up the used ones.

While the supply lasts.