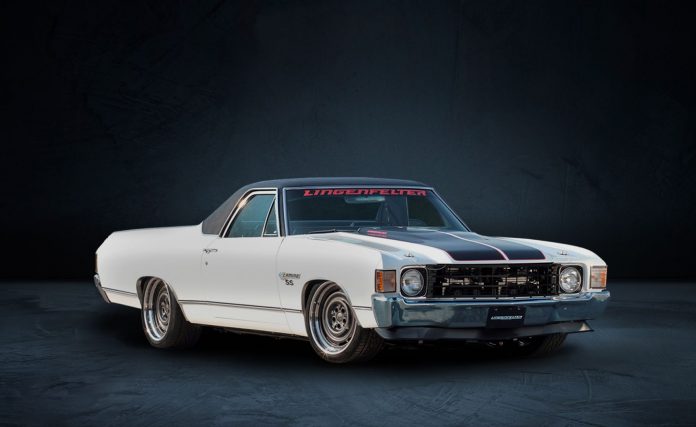 Is how it looks all that matters?

Leaving aside what it will cost?

GM thinks so. And doesn’t want you to think about what it’s going to cost . . . until you’ve got no choice about paying.

Imagine your classic car – well, the shell of the thing. Its engine and driveline replaced by an “eCrate” electric drivetrain. The same one installed in every other skate – the term used to describe the operational underthings of an electric car, onto which different shaped and colored bodies are  lowered. 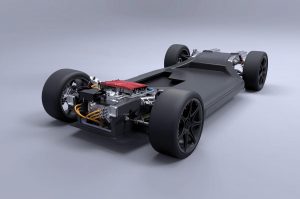 Going to a “classic” car show in the electrified future will mean looking at the various different shaped and colored shells. No need to raise the hoods of these things as there will be  nothing to see there.

Or rather, nothing different.

Seen one? You’ve seen ’em all.

An electric motor is an electric motor. A battery pack is a battery pack. No more big and small blocks. No more Holleys and Quadrajets sucking air through scoops that once worked, now purely for looks. In remembrance, like a photo of a great football player avoiding a tackle.

A holograph of Elvis “performing.”

No more looking to see whether that ’74 SD-455 Trans-Am is one of the few that came with the four speed manual transmission; there are no more transmissions in the electrically homogenized future. Maybe they’ll leave a “shifter” that isn’t connected to anything  . . . a dummy “clutch” pedal left hanging uselessly, for the sake of visual nostalgia. 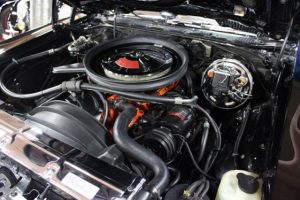 Nothing much to do, either.

GM envisions owners of classic-cars-to-be-electrified will “work with”- that is, pay – “qualified installers through GM’s electric specialty vehicle modifier (eSVM) program who have been properly trained to replace a vehicle’s internal combustion engine with a fully electric propulsion system.” 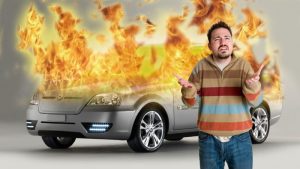 Welding/fabrication work will also probably be necessary as those 1,000-plus pounds of battery pack have to go somewhere and not just anywhere – unless you want to risk an electrical-chemical fire resulting from damage to the battery pack you just shoved into the trunk or wherever else you made it fit. The pack will need to be protected from excess vibration/shock and also from impact, in the event of a crash, as in any new EV.

Battery pack fires are very hot burning and very hard to put out. That bottle extinguisher you keep in the garage (or behind the driver’s seat) isn’t going to cut it.

All of this is going to cost – probably more than you can afford. Leaving aside the uncountable cost of destroying classic cars – eliminating what makes them classic cars – by converting them to electric cars. 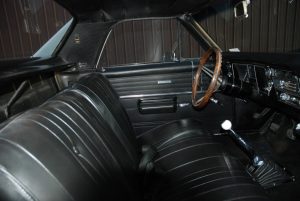 GM crows about the “conversion” – electric homogenization – jobs it has already performed, including the electrical androgenization of a 1972 Chevy El Camino SS, performed in partnership with (read it and weep) Lingenfelter Performance Engineering, an outfit formerly devoted to the enhancement of V8 muscle cars, now devoted to the electrified ruination of them.

The poor SS was transformed into a shell of itself.

It still looks like a ’72 SS but its driveline is 2030. The same as every new car is expected – will be forced – to be by that date. Everything that made a ’72 SS what it was no longer is.

Of course, the skate is quicker – boasting Tesla-like “ludicrous” speed. Which gets old when everything else also boasts “ludicrous” speed. Even getting to 60 in less than 3 seconds becomes anodyne when it can be done – and done the same way – by every skate you see parked on the lot.

Nothing meaningfully different about any of them. Nothing definitional, in the way a ’72 SS El Camino was defined by its small and big-block V8s, which were not the same as the V8s in other cars, including visually similar ones like the Ford Ranchero – which had its own unique V8s.

How do you get attached to what’s all the same?

Maybe a slightly higher or lower background whirr as the thing runs its predictably boring 10 second quarter mile, its meatsacked “driver” no longer shifting or doing much of anything other than applying pressure to the no-longer “gas” pedal. The rest handled for him by the electronics. It will be like dating a really “hot” sex robot who does everything . . . just the same. With all the passion of a robot. But hey, you can change the color of her wig and take your pick of white, black or Asian. Anything you want, baby.

Money, of course, is the motivator behind all of this. Well, the thing that comes behind the regulations and mandates and subsidies pushing all of this. Money is the thing that often ruins a good thing. Especially when “customers” are required to pay it, as in the case of EVs.

Lingenfelter – like GM – has decided the money henceforth will be made via making the most of what will be required, viz – the mandated, regulated, subsidized electrification of everything. GM will sell nothing but electrified new cars and outfits like Lingenfelter will make money destroying classic cars – by turning them into new electric cars that merely look like classic cars.

It’s all ” . . . part of GM’s effort to extend the performance and benefit of zero-emissions technology to new industries and serve as a natural extension of GM’s growth strategy” going forward.

Well, at least the latter is honest.