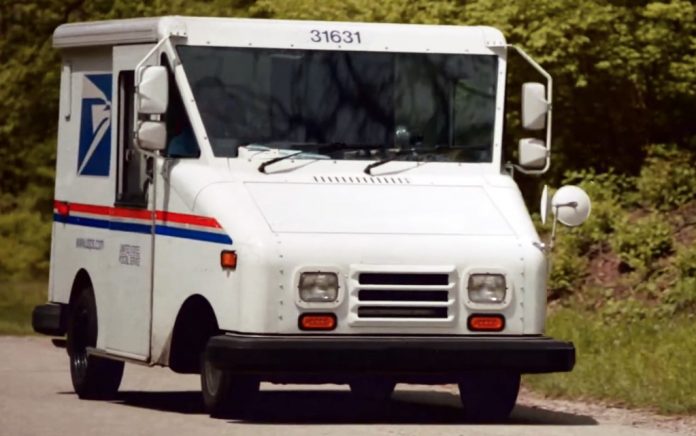 Looks like the Post Office won’t be replacing its fleet of 165,000 delivery vehicles with electric vehicles – contra the urgings (and injunctions) of the Biden Thing.

It looks bad for him – and his regime – which have been pushing EVs almost as hard as “vaccines.” But it would be worse for the Post Office.

Bad enough that mail takes forever to get from A to B.

The EV’s signature fault, of course, being precisely that. They don’t get there. Not if it’s far. Not f it’s cold (or hot). Not without lots of stopping and waiting along the way. Meanwhile, the mail doesn’t get picked up – or delivered. Meanwhile, the Post Office is paying drivers to sit and wait.

That’s a problem for a government enterprise that’s already notorious for wasting money – and time. It’s a bigger problem for businesses that expect their bills to be paid – and received – on time, too.

Whose to blame when the check isn’t in the mail?

If the Post Office had “electrified” – and the result was it wasn’t – it is probable many business would have stopped using the Post Office. Instead, Fed Ex or DHL or some other delivery service that actually delivers – rather than postures. That would leave the Post Office with lots of junk mail to deliver.

Which it could take its time delivering, it’s true. But once that’s all that comes in the mail, it’s likely many people would get rid of their mail boxes. leaving the Post Office nowhere to deposit its junk mail.

So rather than seal its own doom as a delivery service, the Post Office will continue to use vehicles like the familiar Grumman Long Life Vehicle, or LLV – which has been in production since the late 1980s. These simple, rugged little jitneys last for decades – something lamented by the virtue-signaling “journalists” over at Automotive News.

Which they do precisely because they are very simple.

Riveted aluminum bodywork – so very light (just 2,700 lbs.). A four cylinder engine without a computer – but with a carburetor – which means it’s mechanically simple and thus easy to maintain. A three speed automatic transmission – rather than a transmission with at least seven and probably ten speeds, as is common in newer vehicles. The extra gears being overdrive gears, to reduce engine speed and increase gas mileage at highway speeds. But the LLV mostly slow-pokes from mailbox to mailbox and so doesn’t need all that to do what it was designed to do.

Which is to deliver the freakin’ mail. 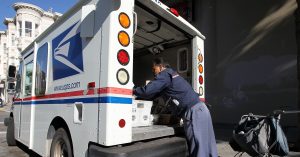 This being much more important than the LLV’s averaging about 14 MPG.

LLVs may use a lot of gas, but they don’t waste a lot of time. Refuel one in five minutes and back out on the road. Electrics take at least 30-45 minutes to recover some of their charge – and that’s only possible at commercial-grade, high-voltage charging stations that are much fewer and much farther in between than gas stations.

There is also the problem of fleet turnover. Or rather, the cost of turning over the fleet not every three or four decades but once a decade – or less. Depending on how soon the electric delivery vehicle’s battery pack croaks out. 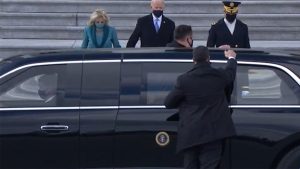 Or lights up – another problem the Postal Service probably wants no part of. Recall what happened when an EV caught fire inside the belly of the Felicity Ace about a week ago. In no time at all, 4,000 cars went up in smoke – along with the Felicity Ace, herself. It has probably occurred to someone within the Postal Procurement Office that it might not be the best idea to park thousands of electric delivery vehicles inside Postal Service buildings, concentrating and magnifying the risk of an auto da fe.

LLVs never catch fire – unless someone stuffs a gas soaked rag into the filler neck and lights a match. They run for years without fuss.

And they get the freakin’ mail delivered. 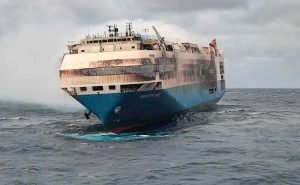 Electric delivery vehicles wouldn’t – and so virtue signaling takes a back seat to turf protecting. The Postal Service doesn’t want to be out of the mail-delivering business. For that reason, it’s not going to buy electric vehicles.

Of course, some animals are more equal than others.