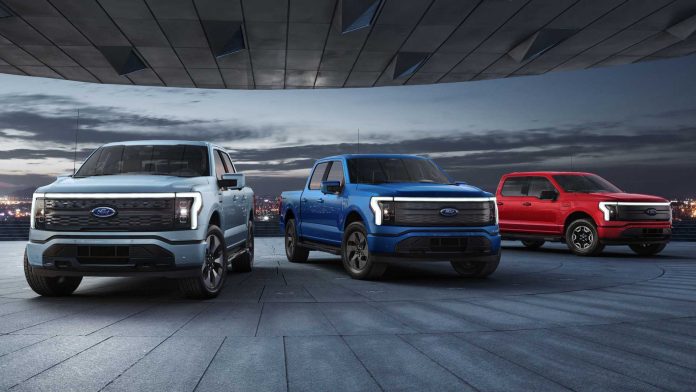 Electric vehicles are just the ticket for short trips in between long recharge times.

Assuming you can afford one.

The new electric version of Ford’s F-150, for instance. It can go up to 230 miles on a full charge – a bit less than half as far as the base version of the gas engine’d F-150 can go (in the city; on the highway, where gas-engined vehicles go even farther than electric vehicles, the non-electric F150 can go more than 600 miles). 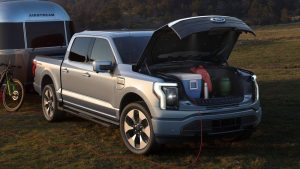 The good news is that each version will come with a real-time range-estimator that takes into account such things as the weather – which greatly affects an EV’s range – as well as the effect of towing or hauling a heavy load in the bed. Also the effect of using the truck’s battery pack to power tools and such.

This way, you’ll know when you’re about to get stuck.

Will  people buy it?

A better question might be – how will they afford it?

The electric F-150 isn’t just a lot more expensive; it is becoming more expensive to finance it – as interest rates creep up again, courtesy of another creep – the Biden Thing – who fronts for the things systematically impoverishing the very people who are expected to buy into electric vehicles most of them already couldn’t afford. 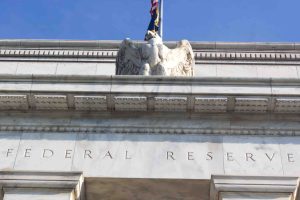 Rising interest rates – and rising inflation, which amounts to the same thing – may “kill” the electric car (and truck) far more effectively than GM never did. The latter a reference to the accusation made by some that Government Motors, back in the ‘90s, purposely squashed its EV1 electric car.

The handful made were essentially prototypes; demonstrator models loaned out to people to gauge how such vehicles worked in everyday, real-world driving. GM decided not to produce them – back then – because the government wasn’t yet forcing GM or any other car company to produce them. GM didn’t think enough people to make it worthwhile would spend about $50,000 in today’s money, back then, for an electric car that only went so far and took very long to go at all, again – and pulled the proverbial plug. 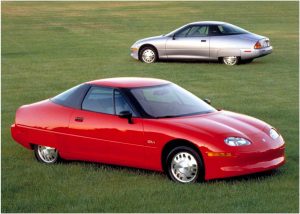 This time, it may be the Great Squeeze which does the same.

Electric vehicles are fundamentally an indulgence, whatever your view of their merits.

They are like having new windows installed in your home. Expensive new windows you don’t actually need right now but which you’d like to have for various reasons. That can be indulged when you’ve got the money – or can afford to finance the money. When you can’t -or can’t afford to – the windows you’ve got will have to do.

Money people point out that the average American took around a $5,000 pay cut this past year – in the form of what they are paid being worth about 15 percent less than what it was worth the prior year, before the ensconsation of the Biden Thing. This is the devaluation of money styled “inflation” by the government, which is the entity (along with the Federal Reserve) responsible for devaluing the buying power of money.

In effect, the real cost of an electric car – or truck – has already gone up by a corollary amount, since the people expected to buy them haven’t got 15 percent more money to buy them with.

The same not-so-hidden cost-rising also applies to cars generally, of course. But it is more visible – or rather, daunting – when it comes to electric cars because of their already very high cost. It is harder for the average person to buy a $20,000 Corolla today than it was a year ago today. But it is even harder for him to buy a $40,000 electric car today.

Financing is the tried-and-true way the car industry has made cars “affordable,” by spreading the purchase price of a car out over six or even more years. But this works only for as long as interest rates are low. When they go up, so does the cost of money – and the monthly payment. A $20k Corolla that might have cost $300 per month to finance when Orange Man Bad costs substantially more than that now that Orange Man Gone – and rising interest rates here.

Truck buyers – unlike the Fed – cannot print money. And Ford dealers (and the lenders they depend on to finance trucks) can’t give away money, either. Not without losing it, at any rate – and most lenders are inclined not to do that, if they can help it.

Meanwhile, people have less money to spend – on everything – as the spending power of their money wilts like an electric vehicle’s charge.

Will they spend what little they have left on a vehicle that costs them more, to go less far – and which costs them time, too? The better question – again – is how will they be able to?

The very government that is pushing electric cars onto the market is destroying the market’s capacity to absorb them.

It’s going to get interesting, soon.