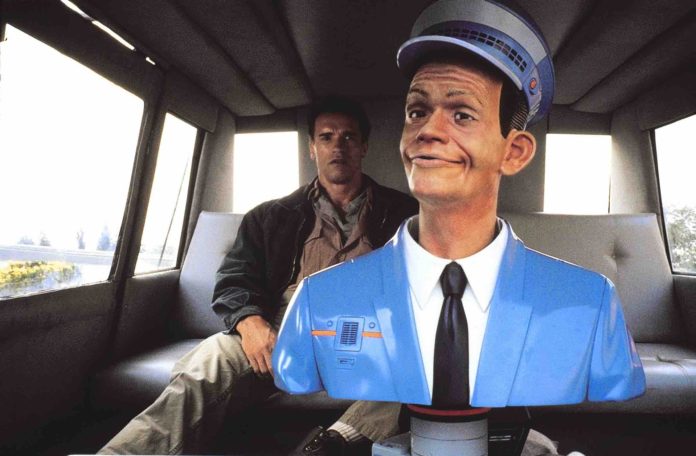 Good science fiction isn’t. It projects the future fact via extrapolating from current trends. Philip K. Dick was one of the greats when it came to doing this, though more are familiar with the films based on his books – including Blade Runner (Do Androids Dream of Electric Sheep?) and Total Recall (We Can Remember it for You Wholesale).

In the latter, there are Johnny Cabs – “autonomous” vehicles you get taken for a ride in. You no longer drive.

The future foreseen by PDK is coming to pass.

Flush with cash inflowed from years of rent-seeking, Elon Musk just announced “volume production” of the Johnny Cab – he styles them “robotaxis” – by 2024. These will have no steering wheels or pedals – and you’ll be along for the ride.

“It’s going to look quite futuristic,” he said. Maybe just like in the 1990 film, starring Arnold Schwarzenegger.

In the movie, Arnold dealt with it appropriately. Which he was able to do, because in the movie, there was still a stick – a physical control – to make Johnny Cab go. 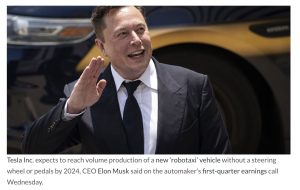 People ought to be more careful about using the language they’re manipulated into using – and thereby, accepting a different meaning.

“Your” mask, for instance.

Also this business about what are styled “autonomous” cars. The actual meaning – the actual fact – is the total surrender of your autonomy, to the “autonomous” vehicle.

Which is also not “autonomous,” if the word is used to convey the meaning it once had. (Like “vaccines,” which used to mean not symptom palliatives or genetically manipulating drugs but meds that conferred immunity upon the person who took them.)

The so-styled “autonomous” car is not independent of its programming; it does not decide, as it wills, to go here and not there  . . . as and how it decides to go. It makes no such decisions at all. It is a machine that goes exactly where and how it is programmed to go, according to pre-set parameters imparted by the programmers – who are the actual controllers of the car. And they, of course, are controlled by their corporate employer, who is controlled in turn by the government. 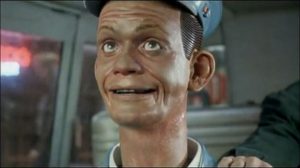 Visualize a kid’s electronic slot car set. The cars follow the tracks and move only when the person who holds the controlled squeezes the trigger. Now visualize Joe Biden holding the trigger.

So much for “autonomy.”

One can experience a preview of this by taking a ride in any new car with semi “autonomous” driving technology. You still control where the car goes – on sufferance, for the moment – but the programming controls how it goes.

And boy, does it go slow.

Until, of course, it decides to brake – which it often does fast as well as unexpectedly, because there’s nothing within 20 yards of the thing. This can be experienced as pass interference. It occurs when you attempt to exploit a gap in between the left lane squatter to your  . . . left and the car ahead of you, in the right lane – who is going just slightly faster than the car to your left. The gap gradually widens, eventually just enough to dart through it; your eyes and experience tell you there is more than enough room to safely execute the maneuver and so you begin to . . . and then the car brakes, for you. Its programming cannot abide a pass with less than one full car length or even two of free airspace and will – like a fearful and nearsighted old lady – apply the brakes if you attempt it.

In the Johnny Cab Future, no one will pass. Instead, the Johny Cabs will queue up in orderly fashion and follow the one ahead, all according to their programming. No speed laws will be broken. One speed will fit all. 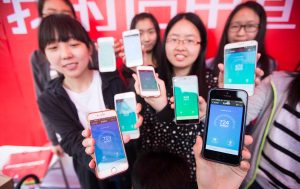 Also the wait for it. Johnny Cab will not be parked in your garage. It will be out there, somewhere – summoned by a tap on your phone (after having debited your account the fee plus tip – Johnny has to eat, too).

Maybe not even that. In fact, it is certain it won’t be even that. Your ride will be provided . . . provided you are in good social standing. Your digitized account will debited only if it is not frozen; your Johnny Cab will not arrive (or move) if you have been determined to be a racist-transphobic-misogynist.

Better be careful with using the preferred pronouns. Don’t let “your” mask fall down to your chin. 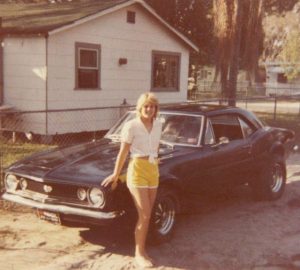 It isn’t a coincidence that the person and the company who have pushed electric cars by using the government to force electric cars onto the market are the same ones pushing Johnny Cabs. These “autonomous” cars are the end-goal in sight of what is styled “electrification” but which actually means the end of personal (and personally controlled) transportation.