How’d you like to pay extra to go farther?

Electric car owners may soon have that “opportunity,” as paying extra for something that used to be given is often styled.

Like a car’s gas tank, for example. It comes standard. If it holds 15 gallons of gas, you don’t have to pay extra to be able to pump 15 gallons of gas into the tank – as opposed to just ten. But it’s different with electric car “tanks.” The capacity of their battery packs can be increased – or decreased – to hold more (or less) charge, almost literally by flicking a switch. Or rather, via the sending over-the-air of an “update” – as these random changes to the way your device works – are styled

There is an opportunity for Ka-ching here. 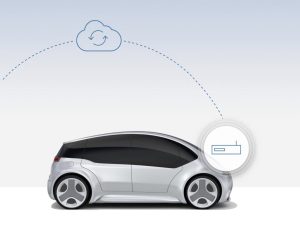 VW is just one of several companies eyeing the monetizing of what Tesla demonstrated is easily feasible with electric cars, the connected cars of a tomorrow that are already here. When owners of Teslas were faced with not being able to drive far enough away from a hurricane that was bearing down on Florida, Tesla generously “unlocked” additional battery capacity, so that the cars could go farther before running out of charge.

There was no additional charge for that – this time. But the prospect of being able to charge people, next time, has car companies faced with trying to find a way to make money selling electric cars smacking their lips. 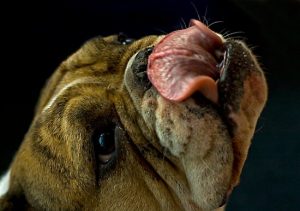 Or at least, maybe balancing their books.

Everyone within the industry knows that electric cars lose money. Tesla – the dominant player – makes money selling stock (and carbon credits), not cars. The cars are what used to be called loss leaders by people inside the business. These were “write-off” cars made chiefly to satisfy some regulatory requirement; there wasn’t any money in them, per se.

They were made to offset potentially greater losses for not making them at all.

The electric cars being made by companies other than Tesla fall into this category. The chief reason they make them is to “offset” the cost imposed by the government on the rest of the cars they make for not meeting the minimum miles-per-gallon numbers stipulated by CAFE regulations. 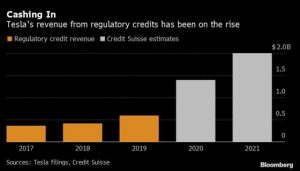 One electric car model that is credited with  averaging 111 “MPGe” – like the Nissan Leaf – mixed in with that car company’s other (non-electric) models that only average say 30 MPG helps up the overall “fleet average” MPG. This latter being the basis for  determining how much money the car company ends up having to pay the federal government in “gas guzzler” fines. The car buyer ends up paying for that when he buys the car, which has its sticker price adjusted accordingly.

But electric cars still cost money to make that is not recovered at time of sale.

The losses are especially acute for non-Tesla car companies that haven’t be able to rent-seek the way Tesla has been able to. It was at one time the only company making electric cars – and the other car companies, faced with regulations mandating they manufacture “zero emissions” electric cars or buy carbon credits instead, to “offset” their “emissions” of carbon dioxide, were obliged to buy them from Tesla – and that plus stock-buying frenzy predicated on regulations mandating mass-selling of EVs – is how Tesla finances the sale of its electric cars.

When everyone else sells them, too, a way will have to be found to make money selling them, rather than buying credit for not making them.

There’s an app for that. 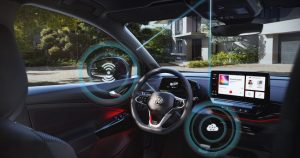 The one you buy – after you buy the car – in order to get the range that didn’t come standard. Maybe it’s a one-time charge to “unlock” the additional potential. Ideally – from the standpoint of the companies developing this new revenue stream – you’ll pay for a subscription, ongoing, that “unlocks” the extra range, so long as you continue paying extra, ad infinitum.

It’s a beautiful thing. Or rather, a profitable one.

One that has many opportunities for the monthly Ka-ching, ad infinitum. 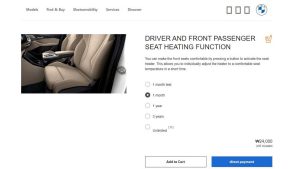 There were stories circulating online about BMW offering an app that would “unlock” the seat heaters in its cars for only $18 per month or just $180 per year. That’s a not-bad Ka-ching over several years. Especially if added to other Ka-chings, something technically – electronically- feasible since all new cars are connected cars, just like electric cars. What that means – one of the things it means – is that the car’s functions and features, such as the seat heaters functioning or the stereo playing, can be “updated” over-the-wire, just as Tesla sent “updates” over-the-wire to increase the range that didn’t come standard with its cars.

Each feature presenting the possibility for Ka-chings, ongoing. Because as long as you own a connected car, you do not fully own its functions and features, which may or may not work, according to the “updates” sent over-the-wire and whether your subscription is fully paid up.

So as to assure you never stop paying. Just as you do for Hulu and other “streaming” services, which aren’t called that just because they come over the ether. The revenue stream is what it’s all about, baby.

Welcome to the Ka-ching, ongoing.