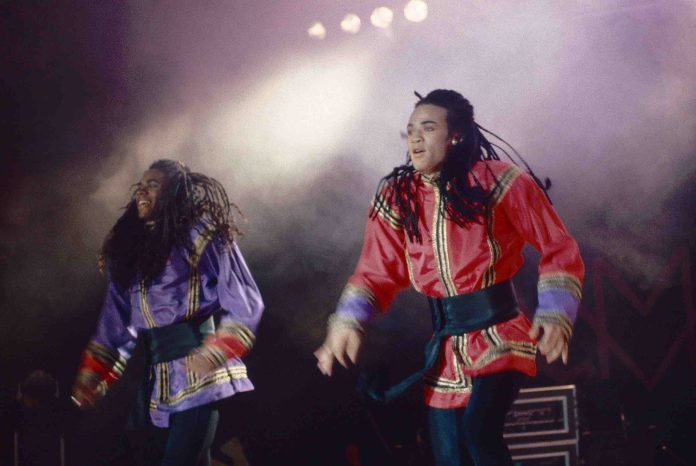 Here’s a look – a listen – at the new Toyota Tundra’s replacement for displacement.

As you probably already know, the just-redesigned 2022 Tundra – which used to come standard with a big (5.7 liter) V8 – no longer offers one. Instead, a small (3.5 liter) V6 is now the only available engine. Twin turbos provide the boost needed to make this engine produce the output of a V8 that would otherwise be lost, along with the cylinders and size.

Why not just keep the V8?

That would make sense, but government regulations make non-sense of that. By reducing the physical size of the engine, you can potentially reduce the amount of gas it burns – as well as “emits” (in the form of carbon dioxide). In air-fingers-quotes to convey the actuality – that if the engine is boosted to produce V8 power, it will use about as much gas and emit about as much, too.

But on the tests that define regulatory compliance, the twice-turbo’d V6 is credited with 18 city, 24 highway vs. the V8’s 13 city, 17 highway.  It’s about a 4-5 MPG uptick, potentially. If you don’t actually push down too hard on the gas pedal. If you do – in order to get the V6 boosted such that it makes V8 power – the actual mileage difference is negligible. And because it is burning about the same amount of gas when boosted, it “emits” about the same amount of C02, too.

But, it is “compliant” – and that means Toyota can still offer the Tundra (sans the V8) for sale.

What does it mean, for you?

Potentially, this cost could be offset by the 4-5 MPG farther the new Tundra can travel on a gallon.

But keep in mind the actuality.

And – to be fair – it’s not just the engine that’s new. The Tundra, itself, has been changed up and that encompasses some of the cost described above. 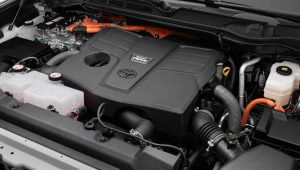 Even so, there is still cost. Potential – and actual. Including the potential cost of a not-as-long service life out of the boosted V6 vs. the under-stressed V8.

There is a a reason – a good reason – why trucks have, up to now, generally been powered by V8s, especially if intended to work. The trade-off has always been power – and durability – at the cost of gas mileage. Which truck buyers have been happy to pay, especially given the pay-off. That being a truck engine that could be counted on to outlast the truck, which would usually fall victim to rust before the V8 fell victim to wear-and-tear. 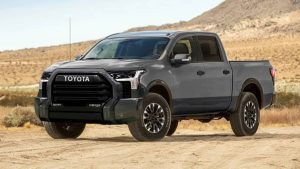 They expect them to perform.

But trucks are supposed to last.

Whether they will – or rather, whether these much smaller, heavily boosted (20 psi in the case of the Tundra’s V6) engines will is one of those we’ll-have-to-wait-and see deals. It is possible they’ll prove to be as durable as the V8s they’re replacing. But if not, then we’ll all know how much this business cost.

One thing it hasn’t cost – in the case of the new Tundra – is the sound. The 3.5 V6 sounds convincingly like a V8 when you give it gas.

And that is very good, indeed.

But – as it turns out – it’s not really the sound. Well, it is – and it isn’t. The sound is real – because you can hear it when you floor it. But it’s not the sound of the 3.5 V6 that replaced the 5.7 V8. It is a recording of the sound of the previous 5.7 V8, pumped through the sound system, when you floor it – to remind you of how V8s used to sound when you floored it – before the government forced Toyota (and the rest) to replace them with engines that don’t make that sound.

Except, of course, it isn’t.

Toyota isn’t the only company doing this, either. BMW is another – because a four cylinder engine does’t sound like the inline sixes that used to come standard in most BMWs, which have been replaced by turbocharged fours for the same reason that a turbocharged V6 has replaced the V8 in the Tundra. But people who spend $50k-plus on a BMW were unenthused about the sound of a four cylinder engine when they floored their $50k-plus Beemers, so BMW gave them they sound of what they used to get for their $50k, pumped through the speakers.

It is called sound augmentation technology. A way for us to remember how things used to sound when things were real – and better. But at least we can pretend there’s something more than a four – or a six – under the hood.