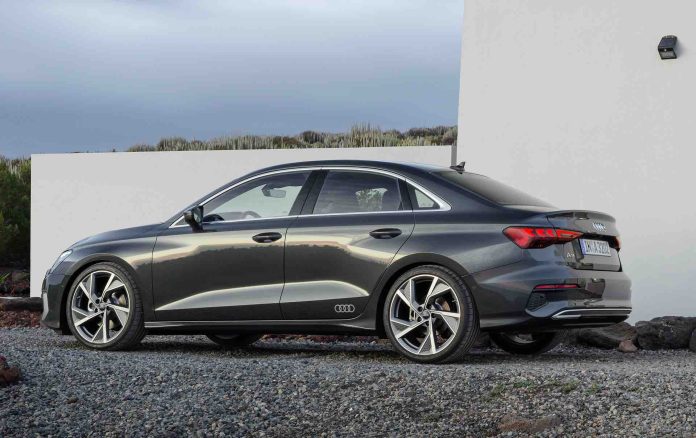 It’s an interesting fact that while small sedans have largely disappeared from the general market you can still find a number of them in the luxury car market.

It’s a really small car – about the same size as a Hyundai Accent, which is pretty much the smallest sedan you can buy. This pint-sized Audi is nearly as economical to drive as the Accent, too – rating 28 MPG in city driving and 38 on the highway (the Accent carries an EPA rating of 33 city, 41 highway).

But the A3 isn’t an economy car. It’s an economical luxury car. And that may account for people wanting to buy it.

Which might explain why Audi continues to make it. 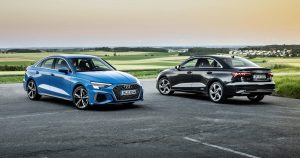 The A3 is Audi’s smallest sedan – and a much smaller sedan than non-luxury-brand compacts such as the Honda Civic sedan and the Toyota Corolla sedan, both of which are nearly a foot longer.

It’s only 176.4 inches long – just barely longer than a Hyundai Accent sedan. Which is the smallest four-door sedan you can still buy that isn’t a luxury brand sedan.

It comes in two trims, Premium ($35,995) and Premium Plus ($39,595).  Both trims come standard with a turbocharged 2.0 liter engine paired with a mild-hybrid system that cycles the engine off as often as possible (hence the economy car gas mileage) and a seven speed automatic transmission. 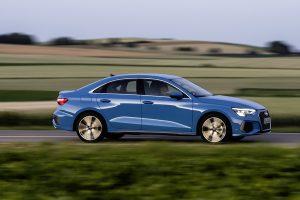 The A3’s chief rival is the Mercedes A-Class sedan – which is even smaller. It also has a smaller sticker price ($33,950) to start.

But it has a trunk so small it’s almost gone – and not much more of a backseat area, either. 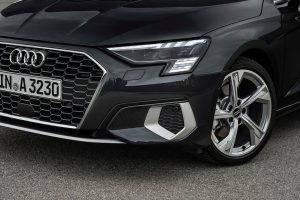 LED headlights are now standard in both trims and wireless charging has been added to the Convenience Package. Last year’s Prestige trim has been dropped. 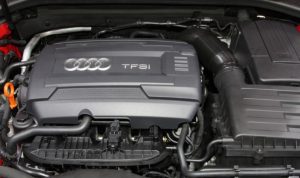 Economy cars are economical because their engines aren’t powerful. The A3’s 2.0 liter engine (standard in both trims) is powerful and economical. It makes 201 horsepower and uses only a little more gas than the 120 horsepower engine that just barely powers the only slightly more economical Hyundai Accent.

But it’s more than just power that makes the difference.

This Audi uses very little gas because its engine is frequently not using any. The A3 features a mild hybrid system that automatically shuts down the engine when engine power isn’t needed, as when the car isn’t moving – or when it’s decelerating/coasting. A belt-driven starter is used to quickly get the engine running again whenever its power is needed – without the driver feeling (or hearing) it. 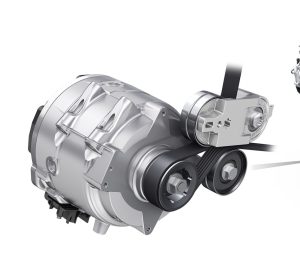 The system adds cost, of course – which is why the A3 costs more than something like an Accent. But it’s also why you have your cake and eat it, too – as far as very good gas mileage and power/performance.

The A3 gets to 60 in just over six seconds – as opposed to about nine seconds for a small economy car such as the Hyundai Accent. 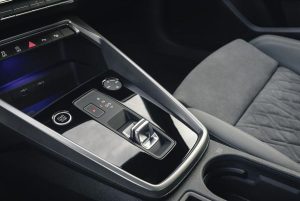 There’s a similar difference between the A3 and the luxury car that is probably its closest rival, the Mercedes A-Class sedan. The latter also has a turbocharged 2.0 liter engine but it’s a less powerful engine (188 horsepower) as well as a less economical one (25 city, 36 highway).

The reason for the latter being its engine is usually on.

The Mercedes A doesn’t have (or offer) a hybrid system to keep the engine off as often as possible, so it’s almost always burning gas. That’s why it burns more gas. It’s also why it makes less power – so as not to burn even more gas. If Mercedes kicked up the power to match the output of the A3’s hybrid combo – without the hybrid part of the combo – the Benz’s mileage would suffer accordingly. 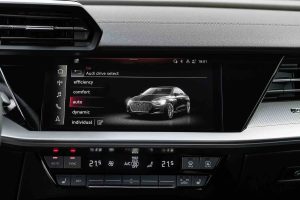 It’s harder to sell a very small car that uses about the same gas as a bigger car – with a bigger (and stronger) engine. Mercedes used to offer a diesel engine that did even better than a gas-hybrid combo such as the one in the A3 – but federal “emissions” regulations have regulated such engines off the market, notwithstanding the fact that by burning very little fuel, they “emit” very little in the way of gasses, too.

The A3’s engine is a regular fuel engine. It does not require premium to deliver on its horsepower/performance or mileage claims.

The A3 is also the only new Audi that doesn’t come standard with Quattro all-wheel-drive, which not everyone necessarily wants (or wants to pay extra for). It is available, however, as optional equipment. 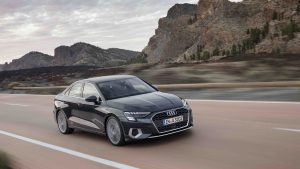 One of the main reasons to buy a small car is because it is a small car.

Small cars are easier cars to drive in traffic because they can exploit briefly open windows in traffic that are closed to larger cars. It is easier to maneuver around something blocking the way when you are driving something that can sneak around it; to fit into a tight curbside parking spot you’d otherwise have to pass by, if you were driving a larger car.

The main reason not to buy a small car is – usually – the small car ride. That “small car” feeling you get when everything around you, just about, is bigger. That latter is something Audi can’t do much about – without making the A3 bigger – and then it wouldn’t be an A3 anymore.

The former is something Audi did something about. 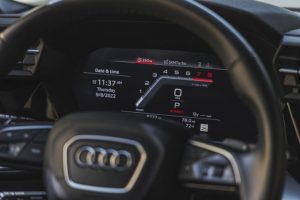 In part by adding gravitas – weight.

A small car like the Hyundai Accent feels like what it is because it doesn’t weigh much – just 2,670 lbs. The almost-the-same-size A3 weighs 3,329 lbs. (3,494 lbs. for the Quattro model) and those additional pounds translate into heft, the quality that makes even a smaller car feel like a larger car. Economy cars like the Accent have to be light – in order to be economical. A luxury car like the A3 can afford to be heavier, without sacrificing much in the way of economy.

That is what you’re paying for, after all.

Of course, weight isn’t the only difference. The A3 has a four-link rear suspension with aluminum rather than stamped steel pieces; the Accent has a simpler, torsion beam rear suspension. You’ll feel the difference every time the road dips. The A3 also feels more planted – because it has a bigger footprint. A two-inches-wider footprint. Seventeen vs. fifteen-inch wheels. You can also select varying levels of ride firmness and steering weight by choosing Dynamic vs. Comfort (which softens things up, when you select that). 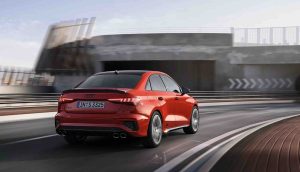 It makes a big difference.

So also what happens when you push down on the accelerator. The A3 accelerates. An economy car like the Accent eventually gets going. It doesn’t get going to 130 MPH, either – which is how fast the A3 can go, if you keep accelerating. Probably, it can go faster than that – its top speed being electronically limited to 130 MPH. The Accent’s top speed is just . . . limited.

And if more speed is wanted, Audi offers a hot-rod version of the A3 called the S3, which comes standard with a 306 horsepower version of the S3. Look out for the four exhaust tips, which is the tip-off.

This one, of course, doesn’t return economy car gas mileage. But it does get to 60 in less than 5 seconds. 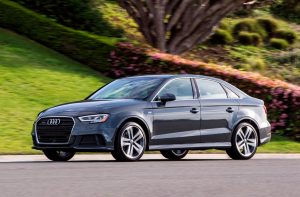 The exterior of the A3 is blandly attractive. It’s the inside that will turn your head. Or rather, the space inside – given how small this car is on the outside. Especially relative to other, similarly small luxury sedans such as the Mercedes A-Class.

You’d expect the back seats to be almost unusable. And they are . . . in the Mercedes, which offers a scanty 33.9 inches of rear seat legroom vs. a surprisingly generous 35.2 inches in the Audi. That is also, interestingly, several more inches of backseat legroom than you’d have in the back of the Hyundai Accent.

Which may account for why Hyundai has cancelled the Accent. Though economical, it is not a very practical car, being too small in the back (and trunk) for even a small family. The same goes for the Mercedes A Class sedan, which is more stylish on the outside – but so tight on the inside (and in the trunk, which offers just 8.6 cubic feet of space) that it might as well be a coupe. 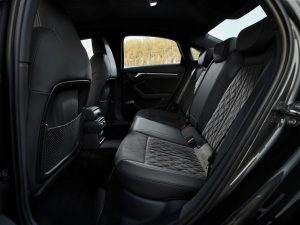 Along these lines, it is interesting to note that Acura nixed the ILX – which was about the same size as the A3 – in favor of the larger and roomier Integra (my review of that one is here). But it is a larger car – by almost a foot longer – and that makes it a compact-sized car rather than a subcompact-sized one.

But the new Integra is a larger (longer) car – and maybe you don’t want the extra length to get the additional room. 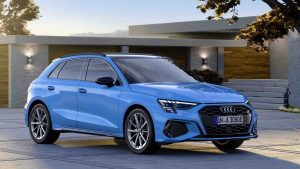 Audi could have made the A3 even roomier – as regards space for cargo. And did, actually. Just not here.

In Europe, you can buy a wagon version of the A3 – the Sportback – which Audi elects not to sell here. Audi will sell you an electric “eTron” Sportback – which is a hatchback. But its price tag is far from economical – and while it has more room, it doesn’t go nearly as far.

Only about half as far, in fact. But that’s a subject for another rant. 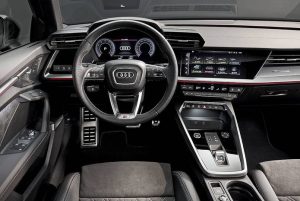 As Audi’s least-expensive car, the A3 is – nominally – an “entry-level” car. The designation has lost much of its former meaning, though, because current “entry level” luxury cars such as the A3 come standard with features and amenities you used to have to buy a much-more-expensive car  to get. These include three-zone climate control, a configurable LCD instrument cluster (with another, larger LCD screen off to its right that displays Google Earth-style GPS map overlays), leather seats and a panorama sunroof.

Options include the ultra-premium 3D Bang & Olufsen audio system with 15 speakers – which is a lot of speakers for a small car – as well as a Heads-Up display and automated parking, if you need that. 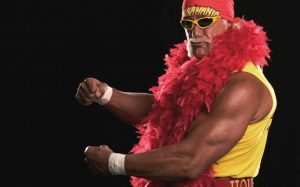