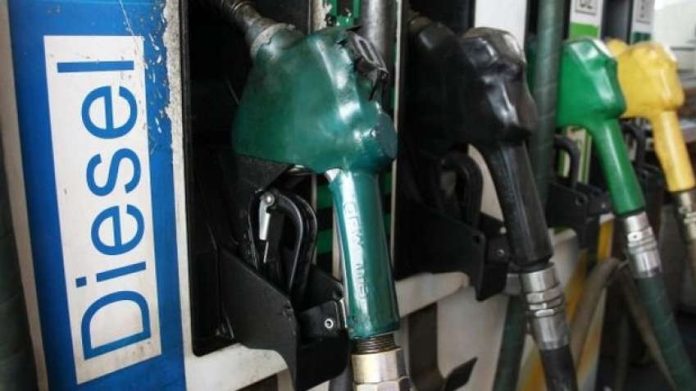 There may not be a shortage of diesel fuel yet but there is something else that amounts to the same:

A gallon currently sells for about $5.25 per gallon on average.

Interestingly, this is about $2 more per gallon than the current cost of a gallon of regular unleaded. The Biden Thing has succeeded in temporarily tamping down the cost of the latter by draining the Strategic Petroleum Reserve – but diesel prices have not come down appreciably from their spring/summer high of about $5.70 per gallon. 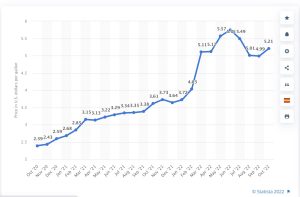 Diesel cost less than half as much two years ago – just before the Biden Thing was selected president.

If you have a diesel-powered car (such as the excoriated-anathematized VW Jettas, Golfs and Beetles equipped with the TDI engines you can’t buy anymore) with a 15 gallon tank, you’re currently paying about $80 to fill ‘er up.

But not many people are driving diesel-powered cars – chiefly because the car companies haven’t been selling them for about seven years now, ever since the federal government sicced itself on VW for selling them. In italics to emphasize the true nature of VW’s “crime,” which was not “cheating” on government “emissions” certification tests anymore than Matt Strickland’s restaurant, Gourmeltz, was Hut! Hut! Hutted! the other day for supposedly selling alcoholic beverages without an ABC permit. 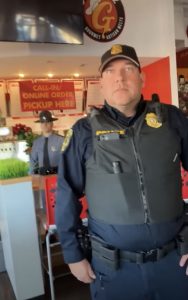 Gourmeltz was Hut! Hut! Hutted! because Strickland refused to Face Diaper his staff or customers and kept the doors of his restaurant open in defiance of “lock down” orders.

In other words, it was necessary to make an example of him.

VW was Hut! Hut! Hutted! for the same fundamental reason. It had the audacity to sell a whole lineup of diesel-powered cars that were also affordable cars. Most cost less than $25k – and got more than 50 miles per gallon. This was the equivalent – in terms of the threat it represented to “electrification” – that refusing to wear a Face Diaper and keeping the doors to one’s business open was to keeping the public fearful and submissive.

Alternatives always present problems for those who do not want others to have alternatives.

And now, they don’t.

You’d think this reduced demand for diesel fuel would have served to reduce its cost. Yet it has not. 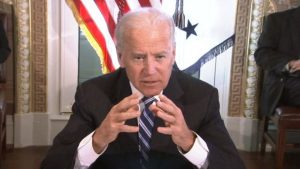 If you happen to own a diesel-powered truck (these are still available) with a 25 gallon tank, you’re paying around $130 to fill ‘er up at current prices. If that persists, how many people will be able to afford to drive a diesel-powered truck? No doubt this will help “sell” $50,000-plus electric trucks such as the Ford F-150 Lightning the government wants people to buy instead. 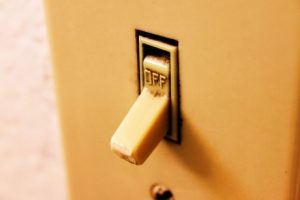 Gas-powered vehicles require gasoline to keep on going. If there’s none at the pump, it is hard to refine your own. Gas does not store very well for very long, either. So even if you thought ahead and stored 50 gallons in a drum for just-in-case, its shelf-life is limited.

Electricity is hard to generate independently in the quantity needed by electric cars. Even on 120v grid power, it takes a day or more to instill a charge in a 400-800 volt electric car battery. If the grid goes down, it will take much longer – unless you have a seriously mighty solar array on your roof or on your backyard.

Diesel, on the other hand, stores almost indefinitely. And many diesel engines can burn bio-diesel, which is “diesel” not made from petroleum. It is made from vegetable oil, animal fats and restaurant grease. In other words, almost anyone can make it.

This presents a dangerous alternative to those pushing “electrification,” which is really more about centralization.

It is most definitely not about the “climate changing” – at least, no more than Gourmeltz was Hut! Hut! Hutted! on account of an issue with its ABC license. Or VW over literally fractional differences in real-world “emissions” that went undetected on federal emissions  certification tests.

Diesel is simply too attractive an alternative to “electrification.” And it is almost certainly for that reason that the price of diesel has not come down. And is certain to go up even more – as we get into winter and heating oil demand goes up. Note that food prices are way up – on account of diesel fuel being required to get the food to the stores.

For political reasons, as the president of the American Petroleum Institute stated recently.

Gas prices have come down – for now – because the Biden Thing drained the Strategic Petroleum Reserve. In italics to emphasize the fact that gasoline is refined from . . . petroleum. 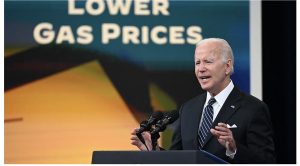 And so is diesel, of course. It is easier – and cheaper – to make diesel out of petroleum because it doesn’t have to be refined as much.

But if most of the petroleum is used to make gas (for reasons of political expedience) rather than diesel, what happens to the supply – and price – of diesel?

So, the current cost of diesel can be seen as a harbinger of the cost of gas to come – Unless the supply of petroleum is increased. API President Mike Sommers says this isn’t likely.

“The Strategic Petroleum Reserve, unfortunately, has become the strategic political reserve. And we have grave concerns about how it has been so politicized. This is for emergency purposes, not to lower gasoline prices during a time during a political season.”

That being precisely what the Biden Thing did do.

As a result, the reserve is at its lowest ebb since 1984 and there is nothing being tapped to refill it. 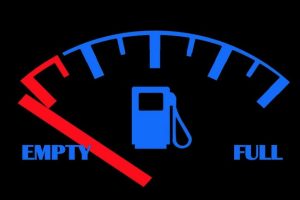 The Biden Regime peddles the half-truth that it has “issued 9,000 drilling permits” on federal land. But the full truth is that most or even all of these permits are just that – permits to look for oil. Not a guarantee that there is oil there. The distinction is, obviously, important. Like that between a drug that does not prevent infection or transmission and a vaccine that immunizes.

The Biden Regime knows there may not be oil to find – and that oil companies aren’t going to “invest” in looking for it when it may not be there and even if they did find it, why bother with it – knowing in advance the regime is openly hostile toward them actually drilling for it and to people being able to buy it.

Put another way, the regime wants petroleum to be scarce – and so, expensive – in order to prod people into the centralized and more readily controlled “alternative.” The regime has been explicit about this.

“No more drilling” said the Thing, just a couple of weeks ago.

Which doesn’t mean the Strategic Reserve won’t be refilling. That being the government’s “tank.” To assure its supply of abundant and affordable petroleum. It is your supply that’s to be curtailed. The current cost of diesel gives us a window into what the cost of gas is likely to be, soon.