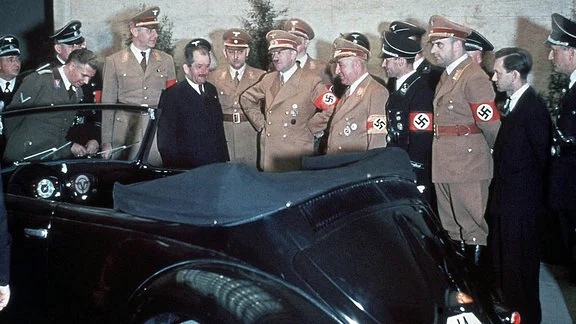 You have probably heard about – and may even know – people who refused to buy VWs and Mercedes-Benzes because of the dealings of those companies with the government of national socialist Germany during the years the national socialists ran Germany. Well, how about cars made under the auspices of the Chinese Communist Party? 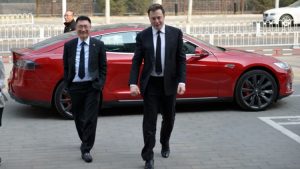 Word has just leached out that Elon Musk will be importing a Chinese executive to oversee the new Tesla plant in Austin, Texas. His name is Tom Zhu and The Street says the Texas gig may be just a stepping stone to his next gig as the future CEO of Tesla.

Some might say this is comparable to having someone like Martin Bormann – a high official of the national socialist government of Germany – oversee a VW plant in America. 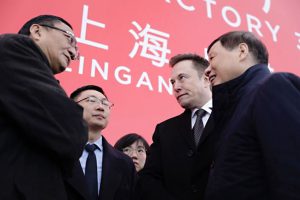 But what about buying a Tesla built by a company that not only has direct ties to China but has a senior executive who is an emissary-agent of the Chinese Communist Party?

No one becomes a senior executive in China who is not approved by the Chinese Communist Party, which controls everything in China.

Put more bluntly, it means that Zhu does what he is told by the Chinese Communist Party.

And now he will be here in America – in Texas – doing what he is told by the Chinese Communist Party. 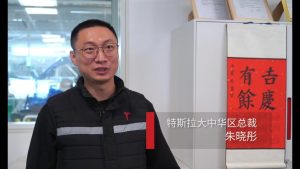 Zhu previously oversaw the building of Tesla’s so-called “Supercharger” network of “fast” electric car chargers in Shanghai. His new, possibly stepping-stone gig in Texas will be to “ramp up” the Giga Texas factory where the Tesla Model Y and – supposedly – Cybertruck – will be built.

All of this is interesting on a number of levels, the most obvious being that China is very interested in controlling American transportation. Just as it effectively controls American communications, via the smartphones that are almost all made in China. Ever wonder what the Chinese Communist Party may have had embedded in the phone you’re carrying around? The one that can be used to track and control you – as they do with smartphones in China?

It is established that the app Tik Tok many Americans have on their phones  is a Chinese-developed/Chinese-owned data-mining/propaganda-propagation tool that does what the Chinese Communist Party tells it to do.

There is a great deal of money involved. 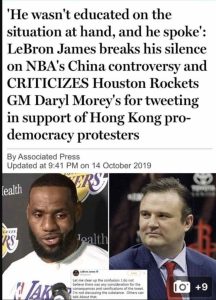 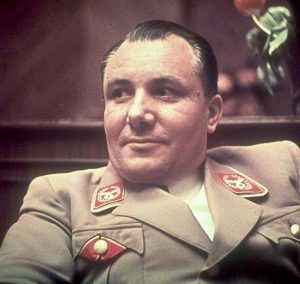 The New York Post – one of the few practitioners of journalism remaining in America – observed the following in an article earlier this year:

“Nets owner Joe Tsai, the executive vice chairman of Chinese firm Alibaba, has 53.5 percent of his wealth tied to China. Other owners named with big business in China included the Heat’s Micky Arison, the Grizzlies’ Robert Pera, the Sixers’ Josh Harris and the Rockets’ Tilman Fertitta. Michael Jordan, who owns the Hornets, also has an enormous brand in China through his affiliation with Nike’s Jordan Brand.”