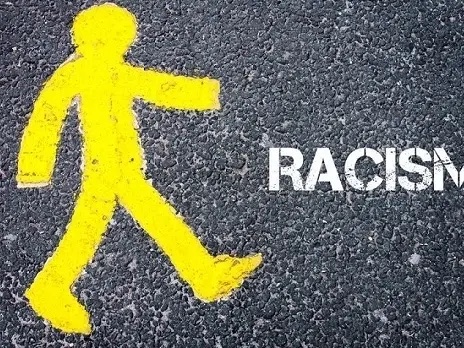 Everything is racist – even roads.

It is why roads must be dug up and converted to foot/bicycle paths, which are more “equitable”-  since you do not need to own a car to be able to use those.

Of course, without a car, you can only walk – or pedal – so far. You are kept in your place, as it were. But that’s not racist – because it keeps everyone in their place. Well, everyone except the you-know-who’s. Who come in all colors but are all the same in that they want everyone else  . . . kept in their place. 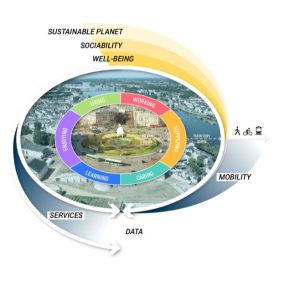 Irony of ironies, they intend to use our taken-for-granted but slipping-away freedom of movement – by car – as the vehicle to put us back in our place, as they see it.

The car, which freed everyone who owns one from being stuck where they are. Expanded their options – for work, employment, education and recreation. That made it – per James Brown – easy to get anywhere.

But not so, according to the Roads Are Racist narrative, which argues that the Interstate Highway System in particular was not meant to make it “easy to get anywhere” – but rather to make it easy for whites to get away from blacks. And – in the process – leave blacks “behind” in the bypassed ghettoes of the inner cities. This is like blaming the “unvaccinated” – that is, the un-drugged – for the serial sickness of the “vaccinated” (the people who took the drugs that neither prevent the getting nor the spreading of sickness).

The downtown areas of big cities such as Detroit, Chicago and Baltimore have become blighted wastelands, it’s true. Full of boarded-up homes interspersed with liquor stores here and there – and derelicts everywhere. But this did not happen because the roads were built. It happened because the cities became shitholes. Many were burnt down by peaceful protestors back in the late ’60s – and were never rebuilt. People who wanted to live as far away as possible from the shit – literally, as in dumps on the sidewalk – and peaceful protests, too – left.

Which they could, because there were roads for them to leave on.

No one was kept from leaving. 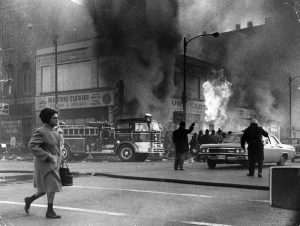 But it is evidence of “racism” that those who chose to stay did just that. As opposed to evidence of lack of initiative. Just saying that latter being extremely “racist” – because it isn’t racist to imply that black people lack initiative. Are not capable of apprehending that the neighborhood is turning to shit and leaving it.

Which of course many did. Barack Obama, for instance.

Never mind that. Black folks are too indolent to use the roads to escape to a better place, far away from the shit, the peaceful protestors and the high cost of living in cities controlled by Leftists who make it shitty and expensive to live in cities. Whose policies cause the population that remains to bifurcate into two classes – the very rich and the very poor.

Who come in all colors.

The tent cities one sees in cities such as LA and San Francisco are in fact very diverse. Except in one way. It is that everyone living in those tents is poor. 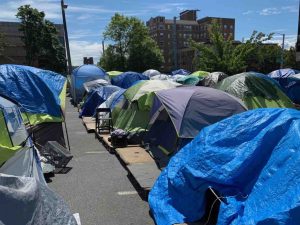 Leftists see this and offer their analysis – and solution. Things must be made more equitable – by keeping everyone in his place. By making everyone equally poor.

Themselves excepted, of course.

Get rid of the roads. Get rid of cars, too. Make it harder for anyone to get anywhere, excepting the very affluent – who will as always be able to get anywhere they like. Viz, the Davos Crowd, private-jetting to their private conferences where the “racism” of freedom of movement is bruited about. 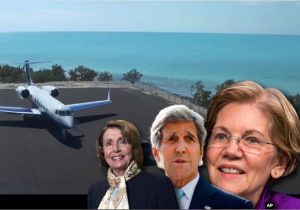 Roads “increase access to resources like jobs, healthcare and education,” says one of these – a Young Leader-in-the-making by the name of Raaj Kumar.

All of which is true and also the point. Why build – why travel upon – roads that don’t take you somewhere better than where you happen to be right now? But then he says “racist road planning and the proliferation of cars in white households, mega-highways  . . . directly contributed to the city’s serious segregation problem.”

He refers to Atlanta, a city notorious for its traffic. Which he synonymizes with “segregation.”

This being akin to defining a drug that does not prevent the getting or spreading of sickness as a “vaccine.”

No person – of any color – is being thwarted by law from going anywhere they please. Which they are able to do, courtesy of all those roads – which everyone is free to use. The fact that some choose not to use them is just that, a choice. The Leftist says it is a false choice, because some lack the means to make use of roads. But this isn’t a color barrier – the defining attribute of segregation. As in, no – you cannot go there. You must remain here. 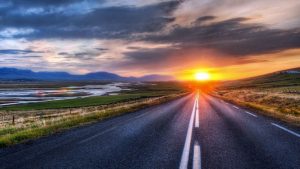 Anyone can buy a car. Assuming it’s not an electric car. (Is this pushing of electric cars on people who cannot afford them also “racist”?)

And roads? They opened up America – all of it – to everyone.

Digging them up and replacing them with foot and bike paths will close off most of America to almost everyone. This is the “15 minute city” vision of the Davos-set, who deploy useful idiots such as Raaj Kumar to foment resentment by crying “racism” at literally everything.

Including the thing that has benefitted everyone.

That being the roads – which have made it easy for all of us to be anywhere we like.