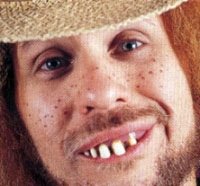 Clovers – those passive-aggressive “drivers” who won’t yield to faster-moving traffic, leave their turn signals blinking, pull out in front you quicker than a rattlesnake and then slow down to 5 MPH below the speed limit, refuse to pass bicyclists or farm equipment, like to stop on highway on-ramps – you know, Clovers…. how do you deal with them?

I mean, without using a baseball bat?

* Never alert the Clover to your non-Clover status –

Clovers see themselves as auxiliary enforcers of “the law.” This is why the Clover won’t move over. He is “doing the limit,” you see. And he intends to make sure you do the limit, too. Less than the limit, ideally.

Therefore, it is key to hide your intentions. If the Clover thinks you will try to pass him at the next opportunity, he will do everything possible to prevent you from doing so. The Clover will even speed up – and (gasp!) exceed the speed limit – just to see to it that you don’t get past him. Then, he’ll slow right back down to 53 MPH in a 55.

So, relax. Choose your moment. Then strike fast and hard. Clovers are gifted with slow reflexes as well as slow intellects. Give no indication as to your frustration. Never, ever honk your horn or flash your lights. This will only warn – and incite – the Clover. Instead, when you see daylight, punch it and leave the Clover fuming in your wake.

Profiling works. Clovers tend to drive certain types of vehicles. For example, older Buick and Oldsmobile sedans. Camrys are also known Clovermobiles. A Prius – for sure. But be aware that Clovers also sometimes “drive” late model luxury cars, even sporty cars. A certain sign of impending Cloverism on any vehicle is the presence of those stick figure family icons – most especially if they are plastered on the back of a super-sized SmooVee.

If you sense a Clover ahead, try to position yourself in such a way as to avoid the Clover’s orbit entirely. For example, if you have the option of coming to a stop between car “a” and car “b” and car “a” smells of Clover, try to slide in behind car “b.”

We’ve all made – and regretted – this mistake. A Clover is trying to merge, and we let him. Then we’re stuck behind him. The classic example is the Clover we let cut in ahead of us at a signaled left-turn lane (because he was too much of a Clover to anticipate the turn lane). He’s just sitting there in the main lane with his blinker on – other cars stacking up behind him – so we do the decent (but foolish) thing and let the Clover get ahead of us. Then, the light goes green – but the Clover doesn’t move. Or, he moves very, very slowly. Just slow enough, in fact, to make sure we miss the light – but he makes it.

It is especially important to show no mercy to Clovers in winter – High Clover Season. Clovers are at their absolute peak of Cloverism in poor weather.

If you see a Clover ahead of you and it’s snowing and the road is about to get hilly, you must put the hammer down and get by that Clover immediately, because it’s as certain as sunrise the Clover is going to brake – maybe even stop – and leave you both spinning your wheels.

* Live in a Reduced Clover Zone –

Clovers tend to be more of a problem in high-density areas by dint of averages and percentages. More people almost axiomatically means more Clovers – and also, less room to evade them. I used to live near Washington, DC – and Cloverism there was the rule, not the exception. You’d pass one of these asphalt arteriosclerosi and – damn! – stuck behind another one. It was like being an elephant assaulted by ants. Individually annoying – collectively, lethal.

If Clovers are making your life miserable, move away from them. It is an extreme solution but then so is the problem. The toll Cloverism takes on your health and well-being, to say nothing of the time wasted, is enormous. I’d need to Vulcan mind-meld with you to convey the pleasure of living in a Clover-free (or nearly so) environment. In a less-dense setting, not only are there fewer Clovers, the few that are around are much easier to dispense with. They have a harder time blocking you in or preventing you from getting around them. Clovers are only effective when they operate in herds.