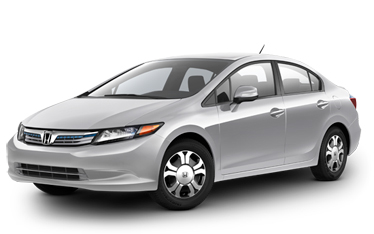 Heather Peters (no relation to this writer) just won her lawsuit against Honda over what she argued were misleading claims about the gas mileage she’d get out of her then-new 2006 Civic hybrid. She was awarded $9,867 in compensation, the maximum amount she could have been awarded in small claims court.

Because while Peters’ $9k judgment is small potatoes, the fact that she succeeded could encourage a tsunami of similar court cases that might end up costing Honda (and potentially other hybrid car sellers and so, ultimately, consumers ) a lot more than $9k.

As Peters (a lawyer) notes, there are at least 200,000 Honda Civic hybrid owners alone. That’s just one make/model of hybrid. There are at least a dozen different hybrid vehicles on the market  – and theoretically, the same case could be made against them, too.

But is this Honda’s (and the other car companies’) fault? Or does the fault lie with the federal government?

For it is not Honda – or any other automaker – that puts the mileage numbers on the window sticker.

It is the federal government.

The government (EPA) takes a new car, then runs it through its test loop. Mileage figures are posted on the window sticker based on these tests, which are by nature subjective. Hence the caveat, in plain standard English: Your mileage will vary. Note, not may.

The exact wording is as follows:

“Your actual mileage will vary depending on how you drive and maintain your vehicle  (italics added).”

In other words, your mileage will vary.

Unfortunately for Honda – and potentially every other seller of hybrid cars and perhaps cars, period –  there are a lot of people out there who cannot read and comprehend the meaning of plain English and worse, assume everything the government tells them must be true, since it’s the government that’s telling it to them.Thus, they become angry when reality disabuses them – but unfortunately, they channel their anger toward the wrong party.

Here is the truth about the Civic hybrid – and all hybrids:

If you drive it very gingerly, if you keep it under 50MPH and accelerate very gradually, it is entirely possible to realize the federal government’s publicized “high” MPG figures – and even to exceed them. The problem, of course, is that it is difficult to drive this way if you ever want to get anywhere – and/or have any concern about not driving your fellow drivers to fury by impeding their progress.

There is also the problem of conditions. They, too, vary.

A Civic hybrid that does not have to ascend 8 percent grades every day, which is not driven at high altitudes (where the air is thinner) or for months on end in 20 degree weather is going to be easier on gas than a hybrid Civic that is subjected to any one of these conditions, or to all of them. And if, say, you run around on under-inflated tires, or need of a tune-up, then once again, your actual mileage will vary.

So, arguably, Peters’ lawsuit was fundamentally wrongheaded – and the judgment, unjust. The court did not even try to determine how she actually drove her car, even though it is a critical piece of evidence. The only question considered was whether her car delivered the advertised mileage – notwithstanding the bold-faced caveat that the advertised mileage is for “comparison purposes only” and that (wait for it) your actual mileage will vary.

I’d be worried if I were a major (or minor) automaker because the same engineering-ignorant reasoning used by the court to award Peters her $9k could be used to award many others a lot more than $9k. Peters believes the potential payout could exceed $2 billion – and that’s just Honda.  If the other automakers are targeted along similar lines – and remember, legal precedents apply across the board – then the total sum could be many times a mere $2 billion. It could cripple the industry, not just the hybrid vehicle industry. The mileage of every single car on the road will vary, according to all the subjective conditions and use patterns each individual car is subjected to.

I test cars for a living and drive a new one every week. I can assure you that the mileage I see varies considerably from that promised by the window sticker. I have pushed it down by 50 percent (drive a car at 90 or 100 MPH and see how much your mileage varies) and – for a change of pace – done everything conceivable to eke as many MPGs out of it as possible by driving as slowly and a gingerly as possible.

These are extremes, of course – but the essential point remains: Your mileage will vary.

Unfortunately for Honda – and potentially, the entire car industry – it’s a point lost on both Peters and the California courts.

The Cars We Could Have Bought…