There’s Ford vs. Chevy. Import vs. Domestic. And of course, Old vs. New. 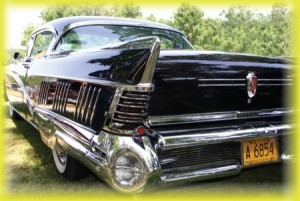 Some people, for some reason, have difficulty accepting the bad – along with the good. That no car from any era was (or is) the perfect car. They idealize – and sometimes, mythologize – their chosen favorites. In fact, cars from every era were (and are) good in some ways … and not-so-great in one way or another. Usually, several ways. Let’s run through a quick survey of the some of the high – and low – points, Old vs. New.

The farther back in time you go, the less government interference there was with car design. The wild fins of the late ’50s, for example, would be impossible (or at least a lot less likely) to ever see the light of production today because of the need to comply with federal crash standards – which have imposed a stricter set of design parameters on today’s cars. Which is why they tend to look so much alike.

Also, the older stuff was just wilder – less controlled, dangerous sometimes, too – even though they weren’t actually quicker (or faster). But they sure felt it. Sounded it, too. Old muscle cars, for example, shake and rumble threateningly. You could hear the air and fuel being sucked into the engine through the open element air cleaner – and the open to the atmosphere carburetor. Modern cars – even the extremely quick and powerful ones – are deceptively docile and quiet in comparison. They’re more civilized – but there was something neat about the animal rawness of the old stuff. 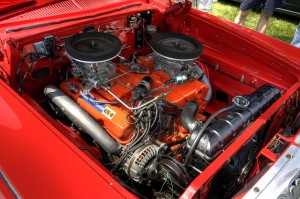 Because they were simpler – and usually, more physically accessible – it was usually easier to work on the older stuff than the new stuff. Especially with regard to the old stuff built before the 1980s – before fuel injection and lots of electronics. They were more “hands on” for the average home mechanic – and it was kind of nice to be able to do most of the necessary routine service yourself. The spark plugs were right there; the air cleaner was under that lid with the single wing nut holding it down. You could remove the entire fuel system – which meant the carburetor – by loosening four nuts and maybe a spring for the throttle cable.  Not like today, with engines stuffed tightly into the bay – and frequently, stuffed sideways into the engine bay, making it an ordeal to get at the other half of six (and eight) cylinder engines.

Car payments were once stretched out over three years – not five or six, as is common today. While it’s true that there are many very affordable new cars out there, most of these are economy-type cars. In the past, cars that were more middle-echelon (medium and even full-sized, with V-8 engines and rear-wheel drive) were still within reach on the three-year payment plan – and the average Joe. That’s pretty much out the window now. While you can buy a new car for around $15,000 or so the typical car sells for closer to $25,000 or so. And medium-large cars with V-8s are typically well into the $30Ks – if not the $50Ks. 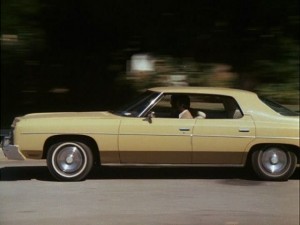 This, in turn, has resulted in longer-duration loans. Otherwise, many people simply could not afford to drive a new car that wasn’t a very basic, compact economy-type of car.

The ’60s and ’70s muscle cars were quick in their day – and could be made much quicker, pretty easily. A weekend cam change, for example, could yield spectacular results. And such an upgrade was also within the skill set – and budget – of nearly anyone. A reasonably competent home mechanic could do a cam swap with basic hand tools – at a cost of less than $250.

And as much potential as the powerful cars of the ’60s and early ’70s had – the factory de-tuned cars of the mid-late ’70s had even more potential  locked up in them. A cam swap (and some tuning) could turn a stone stock 200 hp V-8 into a 350-plus hp V-8, making its owner King of the Road for little coin.

And now, the flip side of the coin… 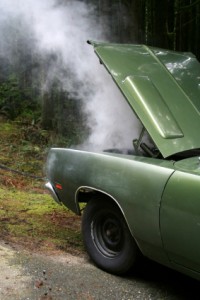 While servicing older cars was (generally) easier, it was also something you had to do much more often. It was typical, for example, to do a tune-up in the fall and then again in the spring. Spark plug changes were a once a year routine – not a once every ten years routine like today. Ignition timing had to be set at least once a year; point gap checked and adjusted, too. Oil and filter changes were necessary much more as well – in part because the oil back then was much lower quality than we have today, in part because the engines of that time didn’t operate nearly as efficiently. Raw gas would contaminate the oil – and so on.And even if you were pretty meticulous about maintenance, the old cars were much more prone to stalling, hard-starting and overheating. Flat tires were more common, too – because in those days, tires just weren’t as tough as they are today.

But not both in the same car.

Back in the late ’60s and early ’70s, if you wanted a really fast car – you had to accept a car that was balky, rough and difficult to drive. It would typically have a very choppy idle and poor low RPM/part throttle performance. Hard starting in the cold, usually. A tendency to overheat when it got hot. For the most part, forget about air conditioning – and often, an automatic transmission. Many of the more aggressive calassic-era muscle cars didn’t work well with automatics because their peaky, high-RPM engines didn’t make enough low-speed torque. You had to be able to rev them into the powerband to get them going – and for that, you needed a manual. The original (1967-’69 Camaro Z-28 is a good example.)

The manual models, meanwhile, had extremely stiff clutches without the hydraulic assist that is standard equipment in modern cars. This made them – the old stuff – a handful to drive, notwithstanding all the shaking and vibrating.

You also had to choose either “highway” gears – and decent gas mileage. Or performance gears – and awful gas mileage, as well as  limited highway driving capability, because the engines would be revving at uncomfortably high RPM even at moderate road speeds. 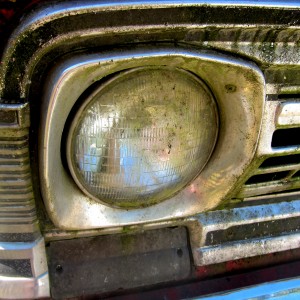 Partially because build quality (and body integrity) was poorer then than it is now. It was typical for an engine to show obvious signs of tiredness, such as a smoky blue exhaust caused by worn piston rings – by 70,000 miles or so, if not sooner than that. Body integrity (and rust-protection methods) was/were also vastly inferior to what’s typical today. It was routine, before the 1980s, to see cars no more than four or five years old with extensive bubbling along the rocker panels. Few made it to ten years old without showing obvious signs of body rot. Modern cars rarely show signs of rust-through before they’re at least ten years old. Like blue smoke, Swiss-cheesed body panels are a pretty rare sight nowadays. Cars now routinely run reliably for 15, 20-plus years with their original engines – and without requiring extensive welding to keep their bodies (and frames) stitched together.

All this, of course, is just for openers. This is a conversation that could go on for a long, long time!

App Before You Wrench