How many car brands have died-off over the past ten years? How many will die off during the next ten?

That’s nine. Which is a lot.

There are still arguably too many contenders for too few buyers. Hair-thin profit margins for a product that requires major investments of capital to R&D, market – and bring successfully to market. Increasingly onerous, expensive-to-comply-with government mandates – such as the soon-to-be-in-force 35.5 MPG mandate Obama, et al, crammed down the industry’s throat.

It’s getting much tougher to make a buck selling cars.

Here are some likely dead pool contenders – and some thoughts as to why they may not make it: 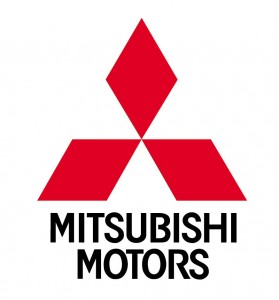 There are some dark clouds gathering above the sign of the triple diamond. Not one new model is on deck for 2013. Everything’s a carryover.

The newest model – the iMiEV electric car – has barely registered its presence. Partially because it’s not yet available in all 50 states – and probably also because its maximum range under ideal conditions is only about 60-75 miles. For many otherwise-interested buyers, that’s cutting it too close. A safety recall this summer for defective airbag sensors hasn’t helped.

The once-popular Eclipse sports car has been eclipsed by the passage of time – and allowed to die on the vine. It hasn’t been significantly updated (mechanically, as opposed to minor cosmetic tweaks) since 2006. The current model is thus pushing seven years old. Production of this car actually ended mid-year, with no apparent replacement on deck.

The current Lancer sedan also dates back to prehistoric times, automotively speaking: 2008. It won’t be significantly updated for 2013, either.

Meanwhile, every competitor model is either all-new or significantly updated – leaving the Lancer looking (and feeling) like yesterday’s oatmeal.

The high-performance EVO version of the Lancer – which just a couple of years ago was considered one of the hottest cars on the market – has likewise become long in the tooth. The current EVO is five years old now. A lifetime in a market where three-year product cycles are becoming routine. The high-performing but also highly thirsty (17 city) car’s future is also threatened by the 35.5 MPG fuel efficiency edict that goes into effect in 2016.

A reboot is supposedly coming … but not before late 2013 as an early 2014 model. Can Mitsubishi afford to wait that long?

The truly ancient – and slow-selling – Galant is also being retired after this year. It has been the same for eight years.

A cursory look at Mitsubishi’s recent sales figures shows some truly titanic declines: Down 40.1 percent in June 2012 vs. June 2011; total exports from Japan to all overseas markets down 34.1 percent. Total passenger car production for the first six months of 2012 down 10.2 percent.

The one bright blip on the radar screen has been sales of the Outlander Sport – the only new  – or at least, recent – model in the Mistubishi lineup, other than the MiEV electric car.  In September, sales of this model (it’s different from the regular Outlander) were up 49 percent, with 2,253 sold. However, the bleak fact remains that Mitsubishi’s overall sales were down 17.2 percent for September. August was  even worse: 46.8 percent. July: Down 47.4 percent. (See here for more.)

Such a nose-down trajectory can only end up one way: in a sleeps-with-the-fishes scenario.

Mitsubishi, a relatively small presence in the U.S., may not be able to stay in the U.S. much longer. It desperately needs new product – not just one or two models, but its entire lineup of vehicles . New product requires a monster investment of cash, which Mitsubishi may not have enough of. The fact that it hasn’t been able to significantly update most of its  current models in several years bodes ill for its capacity to do it now – with the economy in terrible shape and the U.S. car market a tougher place to make a buck than it has been in decades. Add to this an occasionally iffy record in the quality/reliability department and the future does not look bright ahead.

Prediction: Mitsubishi will retire from the field to focus on the home market – and its commercial vehicle operations.

Ford is trying to figure out what to do with its flagship brand – which has fallen to a sort-of GMC level of mid-tierness. It is no longer a player spoken of in the same breath as Cadillac, Lexus, Audi or BMW.

The Town Car is an old man’s car – and on its way out. The Navigator – the model that once set the bar for super-sized SUV bling – is still there, but isn’t any kind of threat to the dominance of the Caddy Escalade. Which is ironic, given that back in the late ’90s, Lincoln actually outsold Cadillac on the strength of Navigator sales.

But they pissed it away.

Other miscues and outright disasters include the Blackwood, Aviator and Mark LT. Two models that showed lots of promise, once – and sold strongly at first – the Mark VII and the LS sedan – fell victim to poorly conceived restyles (Mark VIII) and neglect (LS).

But unlike Mitsubishi, Lincoln has some new product coming online, including the 2013 MKZ. It looks like a contender – though there’s some concern about its kinship to the Ford Fusion. Ditto the MKS – which is sourced from the Taurus. Just as the MKT is a facelifted Flex.

And the MKX a re-grilled Edge.

They’ve done a very good job of it, no doubt. For example, the ’13 MKZ has its own unique engines – not shared with the Fusion. But the fact remains that it’s directly related to the Fusion – and that could be a problem. The premium brands Lincoln hopes to compete with – including Cadillac – don’t do badge-engineering anymore.Well, maybe a little (Cadillac Escalade = tarted-up Tahoe; Lexus ES350 = really nice Camry). But overall, other premium-brand car lineups are not re-sells of bread-and-butter car lineups. People are wise to badge-engineering. It’s not 1985 anymore.

Will people be willing to pay premium bucks for badge-engineered luxury – no matter how well-executed? 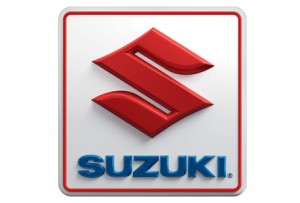 Like Mitsubishi, Suzuki’s a small shop – when it comes to cars, at least. (Bikers know Suzuki as one of the major players in the two-wheeled world. But that’s another story.)

Suzuki has some competitive cars – including the affordable (and AWD-available) Kizashi. The problem is there are too few Suzuki dealerships, spread too thinly. A buyer who might be interested in a Kizashi or SX4 discovers the closest Suzuki store is 50 miles down the road. Or 200 miles down the road. And decides to buy something else.

That’s just around the corner.

To achieve compliance – and avoid jacking up the prices of its cars to offset the federal government’s CAFE fines – it will need to re-engineer all of them. Probably replace several of them. It will likely need hybrids – but doesn’t sell any and there are none (apparently) on the horizon.

Suzuki corporate may just decide it’s not worth doing, given the mere toehold it has in the U.S. when it comes to car sales.

It’s very possible the company will focus on overseas operations – and stick with selling bikes here.