Uncle says inflation is only robbing us of 2 percent of our wealth each year. (That is what inflation does – it undermines the value of the cash you have – unless the cash you have is increased by an amount equivalent to the increase in inflation – which for most of us does not happen.) More reputable sources such as John Williams’ ShadowStats claim the actual figure is closer to 6 percent. 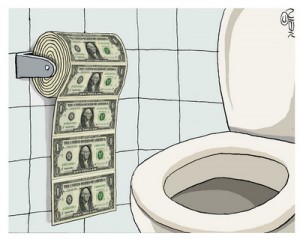 Since I write about cars for my living, I have another measure: The year-to-year increase in the price of cars that are the same  this year as last year. What are called “carryovers” in the jargon  of the car industry. If a given make/model of car is carried over to 2013 without any changes relative to the 2012 version of that car, then the price ought to be about the same – or even less, given that it’s no longer the newest, latest thing.

But in fact, it is almost always more.

Now, let’s dissect this a little. On the face of it, that $230 increase is not exorbitant – it works out to about a 1 percent uptick relative to the MSRP of the 2012 Transit. But, one should also take into account that whatever funds one had available last year are – by the government’s own admission – devalued by at least 2 percent. Which means, the typical person – that is a person, whose income doesn’t uptick along with inflation – needs at least 2 percent more Fed Money Money to this year to make the same purchase he could have made last year. Which means, at minimum, we have a 3 percent uptick in the amount of Fed Money it takes to buy a 2013 Transit Connect vs. a 2012 Transit Connect.

And using the Transit Connect as an example is being over-generous to the private banking cartel that styles itself the “Federal” Reserve. Because the Transit is a model that’s not been updated significantly since its launch in 2010 as a 2011 model. Thus it is a three-year-old model, and one that’s not hugely popular, either. Such factors tend to depress prices (in real terms). Let’s look at what may be a more relevant example: 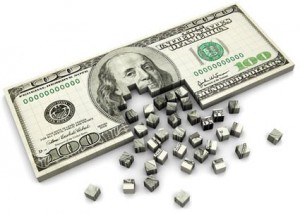 Now, to be fair, it’s true that a number of 2013 model new cars “only” cost a couple hundred bucks more than their 2012 equivalents. But the thing to focus on is they all cost more than their 2012 equivalents. These rising-for-no-other-reason prices are tangible proof of inflation. And of our impoverishment. Each year, we have to come up with more Federal Reserve “notes” to purchase a given item. Cars are no exception. They continue to get more costly – not so much in real terms, but in terms of the amount of money – “notes,” actually – it takes to buy them.

Over time, the amount is absolutely shocking – because it is vastly more than even the 6 percent annually reported by Shadowstats. How much more? Here’s an example: 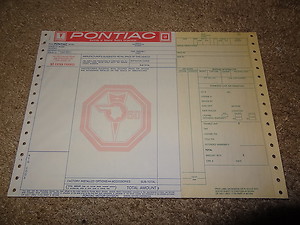 Regular readers of my column know I own a 1976 Pontiac Trans-Am. I’ve owned this car for 20 years – and am only the second owner the car has ever had. I have the original window sticker from 1976, when it was brand-new. The base price was $4,987. In current (2012) Fed Funny Money, that transmutes into $20,281 – an almost exactly four-fold increase in the quantity of Federal Reserve “notes” one would have to possess today in order to travel back to 1976 and buy a new Trans-Am.

This would all balance out, of course, if the quantity of Federal Reserve “notes” earned by the time-traveler had likewise increased four-fold. In that case, only the numbers would have upticked – but the actual value (cost) of the car relative to the buyer’s ability to purchase it would be about the same. But of course, it is not the same – because our time traveler (the average American) has not enjoyed a four-fold increase in the quantity of Federal Reserve “notes” he receives in return for his labor.

According to the government’s own data (US Census Bureau; see here for the PDF; also here for an interesting graph) median household income in 1976 was $11,308. Adjusted for inflation, this transmutes into $45,595 in 2011 (most recent available data) Fed Funny Money. Today (2011) median household income is $50,054. So, according to the government’s own stats – median income has only increased about $4,500 in real (inflation adjusted) terms. But the amount of Fed Funny Money you’d need to buy a new car equivalent in price to my ’76 Trans-Am has increased by a factor of four in actual terms. 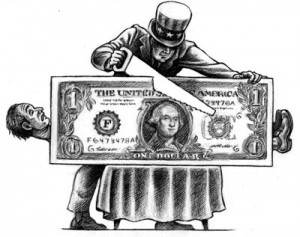 This gives us a better idea of the true costs of transmutable by fiat “notes” – as opposed to sound money. And of how viciously our financial security is being undermined by the private banking cartel that issues those “notes.” The more of them it issues, the poorer we become. Things cost more – in terms of the quantity of “notes” we have to have in order to pay for them. And each year, the average person earns an ever-diminishing quantity of those notes relative to the amount of them being put into circulation – which relentlessy eats away at the purchasing power he retains.

It’s hard to get an exact handle on just how much we’re being screwed, but the above gives us a pretty decent idea. It’s not necessary to know every detail about a rapist to know you’ve been raped.

The question is: How much longer will we continue to put up with being raped?