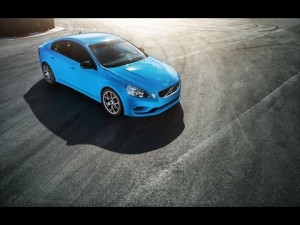 With the glamour and bright lights that symbolize the City of Angels, what better place for the global auto show debut of the Volvo S60 Polestar Concept than the 2012 Los Angeles Auto Show? After all, the 508-horsepower beast, built by Volvo’s official performance partner, Polestar, is arguably the most glamorous and lightning-quick Volvo concept car ever made.

“This is Polestar’s interpretation of the Volvo S60,” says Christian Dahl, founder and CEO of Polestar. “It’s a car developed with our own preferences in mind — although we know they are also shared by active drivers.”

Make no mistake, it is an exotic in its own right — but with refinement and precise handling. All of this technology results in a more intense, real-life Volvo driving experience.

“We approached this project by looking at the production Volvo S60 as a platform for a potential race car — and the culmination of that data went into the design of the S60 Polestar Concept,” explained Jan Andersson, chief engineer at Polestar.

The combination of a lowered, widened and reinforced chassis, a tuned Haldex all-wheel-drive system, and Öhlins suspension makes the car uniquely suitable for both high-performance driving and long-distance traveling.

According to Volvo Polestar racing driver Robert Dahlgren, “It is, by far, the most impressive street Volvo I’ve ever driven. But I must also say that the genuine Volvo feeling is still there.”

Polestar has been Volvo’s performance partner since 1996, offering tuning technology and parts enhancement to production-model vehicles. A Polestar-tuned S60 R-Design and XC60 R-Design currently are offered in the Volvo lineup, bumping their already stout performance from 300 hp and 325 lb.-ft. of torque to 325 and 354, respectively.

For 2013 they also come in head-turning Rebel Blue … so they look similar to their cousin: the S60 Polestar Concept.

The Polestar performance upgrade can be purchased and installed in applicable new and used Volvos at any Volvo dealer. More information about Polestar and its expanding parts and technology offerings for Volvo production vehicles can be found at Polestar.com.