Ask any lawyer about the importance of being precise – or evasive – with language. Alexander Hamilton and his federal supremacists understood. So did railroad lawyer and slave-not-freer Abe Lincoln. (For those who didn’t know, Abe only “freed” slaves he had no power to liberate – in the Confederate States. Slaves under his control – including slaves held by his chief warlord U.S. Grant, remained most un-free for the duration of the war.) Bill Clinton was a masterful practitioner of the Art of Word (I did not have sex with that woman…). Which, by certain Talmudic parsings, he didn’t. Not exactly. Wiggle room, you see. Of a piece with Hamilton’s brilliant flim-flam about the “general welfare.”

That is how it is done.

To undo it, there must be a rebirth of what they called in cowboy flicks, straight-talking. Calls things by their proper name – and challenge those who don’t or won’t. Make them say what they mean – openly. If you fail to do so, you’ve accepted their terms.

Most people are innocent victims of verbal (and written) rights-rape. For example, public schools. Well, no – they’re not. Yes, they are “open” to the public – in the sense that the public is forced at gunpoint to send its children to them. Which gives us a clue as to the proper name that ought to be used in every instance of discussion: Government schools. It is what they are, in plain, direct – and thus, honest – language. Nothing less. Which of course is why honest language is not generally used to describe them. Because that might get people thinking along certain  lines. “Public” sounds so much… friendlier. Free, almost – a vicious irony if ever there was. You’re not free to decline to pay for them (even if you don’t use them). And most kids are certainly not free to not attend them. Very much what you’d expect of a government school. Because the essential attribute of government is coercion – force. The thing that must never be openly stated – but always euphemized.

Abe – The Great Effronterer – spoke eloquently of it while prosecuting a war of extermination to achieve its opposite. The southern states had withdrawn their consent to be governed by Abe – who was elected by a minority of the voters, the majority of whom voted for someone else. The Southern states sought to govern themselves instead. And for this, they were hounded by armies of invasion and conquest as merciless as the legions of the Waffen SS, their cities laid waste, their women and children killed, the civilian populace deliberately starved out. 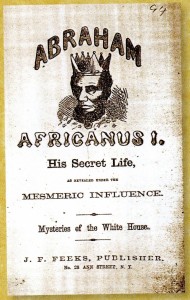 The rest had better shut up – and do as they are told.

Has anything done to you by the state been done with your consent? As opposed to linguistic-legalistic skullduggery such as “implied” consent? (The perfidious doctrine that you’ve “consented” to random stops and searches by dint of operating a motor vehicle, or because you’re entering a government building… which you’re only entering because you have no choice.)

If things are done to you without so much as a by-your-leave, then say so. Loudly. It probably won’t prevent the thing from being done, but by removing the veneer of moral sanction – by calling it what it is – you may help assure that in the future, things are not done to people without their literal, specific consent.

Taxation without representation is tyranny.

No,  taxation is tyranny – period. It is not a question of “essential services” (that must be funded – according to some – and necessarily at gunpoint). Rather, it is a question of: Can it ever be morally permissible to steal? For that is what they who speak of “essential services” (as defined by them) intend but never dare state openly. “Taxation” somehow sounds more legitimate – perhaps by dint of repetition (and the general failure to investigate further). It implies process – which in turn seems somehow more proper than just shoving a gun in someone’s belly and croaking, your money – or your life. But are they not the same things? Am I less the victim of a theft if my property is taken from me against my will by an assembly as opposed to an individual? Does it matter, to the victim, whether the funds extracted from him go to fund the next drinking bout of the lout who stuck the gun in his belly – or for the “essential services” he’d otherwise not have elected to purchase?

Can taxation – theft – become not-theft because a proxy (a “representative”) has voted yay – or neigh? Perhaps in a world wherein a word means exactly exactly what Humpty Dumpty says – and neither more nor less. Alice provides the appropriate rejoinder:  “The question is,” said Alice, “whether you can make words mean so many different things.”  “The question is,” said Humpty Dumpty, “which is to be master   –   that’s all.”