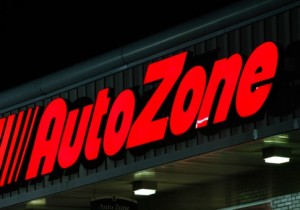 For instance, the auto parts retail giant Autozone. The company recently fired one of its employees – a fellow named Devin McLean who worked at an Autozone in York County, Va. –  for using his lawfully possessed handgun to thwart a robbery (and very possibly, thwart the murder of himself and his manager).

According to McLean, a thug burst into the store and “pulled a gun from his waistband  and demanded me and my manager go back into the office.” While the gunman was distracted, McLean managed to slip out to the parking lot, where he retrieved his Glock 40 handgun from his truck. The 23-year-old Air Force veteran ran back into the store and confronted the armed thug, ordering him to freeze  and drop his weapon.  The gunman took off instead – without either money or lives lost.

But McLean has lost his job.

Apparently, Autozone has a “zero tolerance” policy for employees having weapons inside the store. McLean was fired because he violated this policy – even though he may have saved his life and the life of his manager. (York County police say the thug McLean chased off is suspected in at least 30 robberies. ) Instead, McLean should have been a good Clover – and done as told by an armed thug, supinely submitting and trusting to the thug’s humanity that he wouldn’t “pop a cap in his ass” to avoid any hassles with witnesses.

Or just for the sheer sick hell of it. 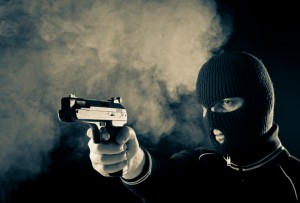 Autozone – like Virginia Tech and other bastions of Cloverdom – has decreed that guns are bad and so has denied good people the right to possess them. The problem is bad people still have guns. Only now the good people are at the mercy of the bad ones.

Autozone requires that its employees – and its customers – prostrate themselves before armed thugs. By having such a policy,  Autozone has done the equivalent of ringing the dinner bell for violent criminals. Come on down! You’re assured of defenseless victims at our place.

York County Sheriff JD Diggs agrees, stating: “The company has now sent a message to every would-be robber out there – ‘Hey we’re open for business and unarmed. Come on in and take our money.” And, quite possibly – the lives of innocent people rendered helpless by Autozone.

Because when seconds count, the cops are only minutes away.

McLean, who was fired just before Thanksgiving, is reportedly about to become a father for the first time. He told news outlets he was thinking of his unborn child – that he might not live to see his unborn child – when he saw the thug pull his weapon: “We’re having a little boy… I remember when the guy came in with that gun. My initial thought was, ‘I want to make it home to my family. I want to have the opportunity to meet my son and for my son to meet his dad’ … And for someone to come in and shove a gun in your face?”

McLean did what any man would do. And more than that. He not only protected himself, he took the heroic (a much over-used appellation but absolutely accurate here) decision to protect others as well.  “Never leave a man behind,” he said. “I’m not going to leave my brother in a room with a guy with a gun – that’s threatening his life.”

This is the kind of man Autozone fired.

What sort of men are we if we continue to patronize Autozone?

Indeed, any business that has a “zero tolerance” policy of respecting its customers’ (and its employees’) rights. And there is no right more elemental – more necessary to all the others – than the right to defend one’s life against those who would deprive one of it. Or threaten to. It is not up to us to divine the motives of thugs. Maybe he is only interested in the money. How are we to know? And more, what sort of topsy-turvy moral imbecility is it that gives armed thugs who point deadly weapons at innocent people the benefit of any doubt?

Devin McLean did the right thing.

And now, so should we.

Similarly, the reverse: Patronize those establishments that do respect your rights. For example, Starbucks. I like their coffee. But I really like that they “get it” when it comes  to guns. That good people with guns are not the problem. And that taking guns away from good people is.

The Company Car You Get to Pay For