Lenin asked, “What is to be done?” 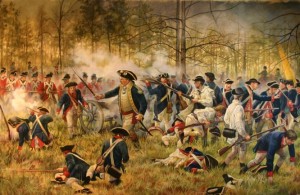 The question facing liberty-minded people almost 100 years later is the same. But our answer should not be Lenin’s answer – violent lashing out.

I get e-mails from readers who are frustrated – rightly – about the state of things. About how Ron Paul was treated by the GOP apparat. About the seemingly relentless increase in (and brazenness of) state thuggery. They ask, “when do we do something?” “How much more do we take”?

And most of all: “What is the point of just bitching about things?”

Some urge action – taking the proverbial stand. But just as the time for action (physical action) had not yet come for our forefathers circa 1770, so also the time has not yet come for us. The issue, then as now, is whether intellectual action is to be preferred over (and as the necessary prelude to) physical action. Whether we – as isolated individuals – go out in the proverbial – and pointless – blaze of glory… . Or, whether we bide our time while we work to increase the number of people who get it – and thereby, increase the number of people who are on our side. Such that if it becomes necessary to act, we will not be acting alone – and not acting suicidally.

As in the 1770s, opponent of the current status quo have to have that critical mass of like-minded people on our side before we can hope for change we can believe in. Otherwise, we are just tilting at windmills.

We risk losing everything – to gain nothing.

No one can say for sure what the critical mass percentages are, but 20 percent seems about right to me. Five percent won’t do it. Ten percent might be sufficient. But we’re not going to get anywhere until enough people share our views – and far more importantly – reject the views that have led us to the current state of things.

And the only way to achieve that is by talking/writing about things from a liberty-minded perspective.

Bear in mind that the vast majority of people operate unconsciously on the implicit assumptions of collectivism and authoritarianism – because that’s all they’ve been exposed to since childhood. It is all they know. The state has been monstrously effective in programming people – or rather, logjamming their brains with statist preconceptions they never even think to question. Because they’ve been systematically brain-raped into not questioning anything. Many of these people cannot be reached. They’re either too far gone, or simply too invested in the system as it is. 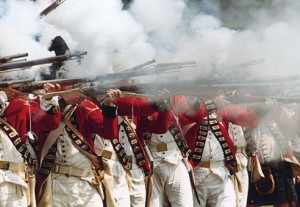 But there are millions of people who can be reached. In particular, young people.

Think on this a moment. Never before (not in modern or even recent history) have so many young people been anti-collectivist. The hippies of the 1960s were exactly the opposite in terms of the premises they accepted. Though they preached peace and love, they worshipped the collective. And thus, authority. Charles Manson was no aberration. He merely took things to their logical conclusion. As also Hillary and Bill and that entire generation – or most of it. Their “help” – their “brotherhood of humanity” – always flows from the barrel of a gun. Today’s liberty-minded youth are not like this. They embrace individual liberty – and loathe the collective. They want to be left the hell alone, to work and live on a cooperative and voluntary basis – and not at gunpoint for the “greater good.” They sniff the stink of BS when they hear talk of “safety” and “security” and that it’s all for “our own good.”

It is a magnificent thing to behold.

For these liberty-yearning young people – most of them just kids when the trrr attacks of nahnleven took place – and the American police state took the place of America – have no personal recollection of the even semi-free America that their parents and older brothers and sisters experienced. Unlike Gen Xers or Baby Boomers, today’s 20-somethings grew up in a miasma of authoritarianism from childhood on – strapped like pint-sized Hannibal Lecters into “safety” seats and fed Ritalin and hectored to Submit and Obey to an extent literally inconceivable to people who grew up before. 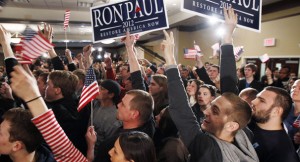 Yet millions of these kids – somehow – have groped their way to ideas not current or even common for the past 75 years or more. They are sick and tired of being told what do – and (much more critically) have no interest in telling others what to do.

It is nothing less than a miracle.

And: How many liberty-minded web sites are there now? The count must run into the hundreds – if not the thousands. Several of them have huge audiences. Lew Rockwell, for instance. Alex Jones. Even this little corner of the Net (we are approaching 100,000 visits per month). The “alternative” press is growing with each month – exponentially so. Just as happened more than 220 years ago. The mouthpieces of the collective, the propaganda organs of the state – are being ignored into irrelevance. They have no credibility. They are dying. Because they are part of a dying order. They have reached the terminal stage of Pravda during the late Brezhnev years. An ossified joke. A decrepit mummy farting dust.

I think the powers that be are terrified.

They see the great awakening that’s taking place. It is no coincidence, in my view, that they have escalated to the point they have. Because they see they are living on borrowed time. The initiative has passed to us. Our ideas are gaining traction. We are winning. And without suicidal charges onto the ramparts.

So, have faith. As the Catholics put it, Sursum Corda – lift up your hearts!

The day is coming. And it’s not decades off. Most of us now alive will live to see it. They know this. And it’s why they’re scared.

We need not be.