Most people – including people who favor what they call “gun control,” would probably not support the idea of fitting all cars with speed governors. But why? Isn’t the principle exactly the same? 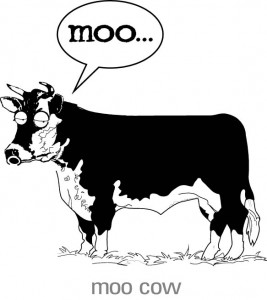 A car is a machine that’s capable of being used for “illegal” purposes. It can be used to cause harm, even to kill. Why should anyone be allowed to own a car with more capability than they need?

Most people would rise back on their heels and defend their cars. But why not someone else’s gun?

Because thoughtless Americans do not discern the commonality of interest – because they have been conditioned to never think in terms of concepts. They have been reduced to a state of bipedal animalism – because they have lost (or never developed) the distinctly human capacity to focus on principles rather than particulars. This, in turn, makes it easy to convince them that a given particular, invariably something of no great interest to them  (such as a gun) is “bad” – based on childish arguments that would be washed away in an instant if their brains operated on the conceptual rather than the animal level.

If, for example, the argument is that a given item could be used in a harmful way, and for that reason must be banned – it inevitably follows that any potentially harmful item is also in principle subject to being banned. Guns today. Cars tomorrow. Soda pop the day after. Actually, make that yesterday – because it’s already happened. And more will happen – precisely because there’s no reason for it not to happen.

But the human cattle out there do not see the principle at issue, so it is easily surrendered by them to people who have much more in mind than merely that particular thing (“bad” guns).

The only thing preventing the wholesale banning of literally everything (because almost anything could, in the hands of a malignant person, be used to cause harm) is the subjective feelings of the majority – or rather, whomever controls the levers of organized force and can plausibly claim to be acting in the name of the majority. 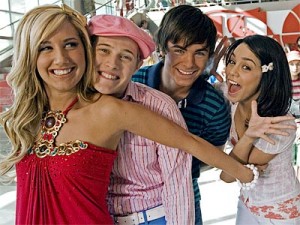 The concept of rights disappears as the concept of principles slips beneath the waves. Human existence devolves into a high school popularity contest – with all the nasty outcomes of such a contest.

At the moment, guns are Not Popular. All the “cool” people are against them. But it’s not really guns they’re against – even though most of them don’t understand this.

If a sufficient number of people can be emotionally hectored into supporting a ban on “bad” guns, then guns will be banned. People who’ve done nothing to warrant it will be transformed by legislative fiat into “criminals” for the non-crime of owning or possessing a “bad” gun. Probably, this will be cheered by a certain segment of the population – the herd animals who see the particular thing they happen not to like – in this case, guns – but cannot see the principle they’ve just surrendered.

But the herd will get its comeuppance when the principle swings around and something they do like – such as their cars, for instance – becomes the object of a popularity contest. Perhaps it will be decided that “society” cannot abide too much horsepower. People should not be allowed to own a machine they don’t really need. Perhaps they will find themselves punished for the actions of others – like the soldiers in Full Metal Jacket, who were punished because fat boy ate a jelly donut.

It’s not conjecture. It’s not hyperbole. It is inevitable. Because it is logically necessary. One thing follows from the next. Particulars are largely irrelevant.

It is principles that matter.

This is understood perfectly well by the people at the apex of the pyramid. They are not stupid people. They merely depend on the stupidity – the intellectual animalism – of the thoughtless masses at the base of the pyramid. Get them to accept A – and when the time comes, they will have no choice about accepting B. Because they have already accepted the principle. Which means they no longer have a principled defense. All that remains is the Popularity Contest. They will be allowed to continue driving for only so long as the herd regards driving as within the bounds of acceptability. The moment it is no longer sufficiently liked – that’s the moment after which it will no longer be allowed. 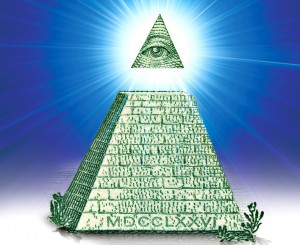 And the same goes for anything – for everything – else. Whatever it may be, whether its enjoyment by you causes any actual harm or not –  it will not matter the moment  a critical mass of your fellow herd-animals decides, in their bovine manner, that they no longer like whatever it is. That you no longer need whatever it is.

And therefore, whatever it is must be banned.