When seconds count, the cops are just minutes away. Ten minutes away, in the case of a home-invasion murder/rape that almost took place last week in Loganville, GA – and which would have taken place if Melinda Herman had depended on the state’s costumed goons for her safety. 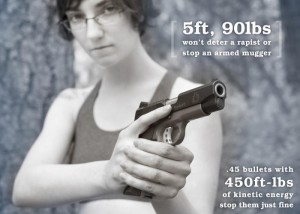 Instead, she depended on a handgun. The tool Dear Leader and his amen corner – Michael Bloomberg, Diane Feinstein, Piers Morgan, et al – would very much like to take out of everyone’s hands.

Except their hands, of course.

Herman was at home with her two young kids when a strange man came to the door and began repeatedly ringing the doorbell. He then went to his vehicle, returned, and broke into the house through a crawl space. Herman retreated to a bathroom with her children and by this time was on the phone with her husband, who called the 911 dispatcher – who proved as useful as a bailing bucket on Titanic.

Herman’s gun was much more helpful. 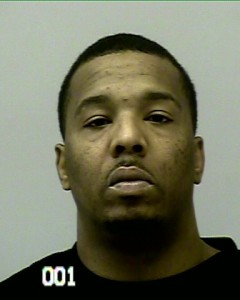 As the creep closed in, bent on who-knows-what, Herman used her equalizer – the gun – to thwart the attack. She shot 32-year-old Paul Slater several times. He survived – unfortunately – and was later found by police. As usual, they performed their role – as crime scene historians. They did absolutely nothing to prevent the almost-rape/murder of Herman and her children.

Because – when seconds count, a costumed enforcer is only minutes away. Often, several minutes away. Sometimes, they never come at all. Ask the Korean shopkeepers during the 1990s-era LA Melee about that. (Instructive video here.)

This fact, of course, is why you probably haven’t heard about the Herman incident – and so many other incidents just like it. Because it goes against the narrative that “we” (that’s us Mere Mundanes) don’t “need” guns. The tens of thousands of incidents of defensive uses of guns that occur each year slip down the memory hole. Meanwhile, the handful of incidents of mass murder in gun-free zones such as Sandy Hook go on feedback loop – played and replayed over and over and over.

Interestingly, the logic of Obama, et al – “if it saves even one life” – never applies consistently. Because there are many more lives saved each year as a result of the defensive use of a firearm than there are murders committed by evil sons-of-bitches using a gun offensively. The fact is that costumed enforcers cannot be everywhere. But everyone can possess the means to defend themselves. Ask yourself: What sort of creature would deny any human being that most basic of natural rights? 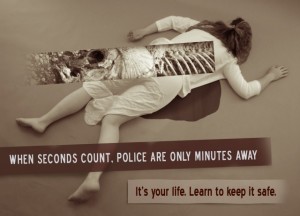 Had Herman not been armed, she would very likely have become another crime statistic. We cannot know for certain what Slater’s intentions were. But we can absolutely know that Herman and her small children would have been at the mercy of a violent criminal for at least ten minutes – the time it took for the Krispy Kreme Crew to make it to the scene.

Imagine being a woman, with two small kids, facing a strange man bent on who-knows-what. Helpless, in your own home – unable to protect yourself or your children – dependent upon the efficiency of government workers, whom the courts have ruled have no specific obligation to protect anyone – because Barack Obama, Diane Feinstein, Michael Bloomberg and all the rest of them have decided that your life isn’t worth defending. Not by them – because they can’t. Even if they wanted to – which they don’t. Not by you, either – because they want to make it so you can’t. Take away the equalizer – the gun – and what chance does the average woman have against the average man in a physical confrontation? Or for that matter, the average man – against the average criminal man? 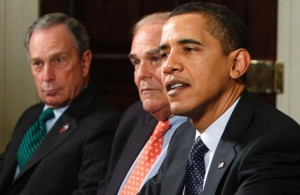 That is the mentality of Those Who Rule Us. They don’t care about our “safety” – much as they love to hit that button at every opportunity.

They care about theirs very much. And of course, about their control.

The lives of Mere Mundanes such as Melinda Herman – and you and I and our families – do not.

And never forgive it.