I’ll probably get in trouble. After all, I write new car reviews. Advising people not to buy new cars is not what you’d probably expect. But, here’s the fulsome scurvy truth: I – and every car journalist I know – drive used. Because we know. And now, I’m gonna spill the beans, give you the Straight Dope – so that you’ll know, too. Here goes. 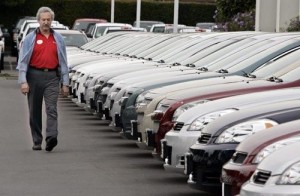 * A new car is the absolute worst investment you’ll ever make.

That’s not an assertion or my opinion. It’s an incontestable fact. Proof? Show me an investment that is all-but-guaranteed to leave you with less money (a lot less money) than you started with and I will show you a bad investment. Car salesmen often talk about the investment you’re about to make. Well, I suppose for them it is.  But for you? Uh, no. The average new car loses 30-40 percent of its original MSRP value within five years of leaving the lot. How”s that for an investment?

The reality is a car is an appliance – not an investment. There will be no return. You’ll get to use (and hopefully, enjoy) it for a period of time. Nothing more. The best you can do is minimize your losses. Side-stepping new car depreciation – which takes the biggest bite during those first five years from new – is the single biggest (and smartest) way to do that.

* New cars cost you more in ways you may have forgotten to take into account. 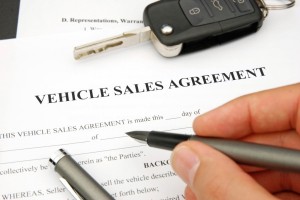 Probably the main reason most people buy a new car is because they like the idea of not having to worry (at least, financially) about repair costs for the first few years of ownership – while the vehicle is covered by the new car warranty. That’s absolutely valid, reasonable and understandable. However, you are paying handsomely for that (see the first bullet point above) and not only for that.

When you buy a new car, there will often be sales tax on the purchase. In my state (VA) it is 3.2 percent of the vehicle sales price. If you bought a $25,000 new car (that figure represents the average “transaction cost” of a new car as of 2012) you will be presented with a sales tax tab of around $800. But we’re just getting started. Next, you’ll probably find out that your insurance bill has increased. Because insurance costs are based in part on the projected replacement cost of the vehicle insured – and it will cost more to replace (or repair) a brand-new $25,000 car than it would to send you a check for the $6,500 “book value” of your current (not new) car if it gets totaled.

In the past, it have cost less ot cover a new car because of new car equipment such as ABS, stability control and so on – which were associated in the underwriter’s mind with reduced likelihood of a wreck (and thus, a claim). But all new cars have all this stuff now – so the discounts aren’t what they were. Meanwhile, new cars have more “stuff” – for example, six or more air bags vs. the formerly typical two. Replacement costs are enormous – and this is reflected in the cost of insurance.

Oh, and don’t forget: Some states (and localities) hit you with an annual personal  property tax on top of all this. It’s usually based on a vehicle’s average retail value. A new car valued by the state/county at $25,000 can mean paying hundreds in personal property taxes every year for the next few years – until the car’s value drops. 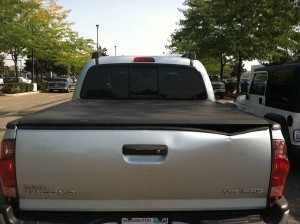 My neighbor recently bought a brand-new (and $40,000-plus) truck. Last week, he accidentally backed it into a brick retaining wall. About $4,000 in damage to the bumper/tailgate and driver’s side rear quarter panel. He is beside himself. And he hasn’t gotten the letter yet from his insurance co. “adjusting” his rates. Contrariwise, about two years ago, my wife hit a deer – well, the deer hit her – while she was out driving our ’98 model truck. Next day, I used a strong rope and a big tree to pull the bumper back out and used my hand to pop the dents mostly out. It’s not perfect – but who cares? It’s an old truck. I am immune to sweating door dings. I don’t mind driving it in the woods, because I’m not worried about tree branches scuffing the paint. The paint is already scuffed. There are already stains on the seats. Another coffee spill isn’t going to hurt. The steering wheel plastic is cracking. But guess what? All this will happen to your new vehicle, too. Only you’ll be upset about it when it happens.

I’m not – because it already has.

If you haven’t noticed, modern cars last – and last. And then last some more. It’s commonplace for a late-model car (that’s pretty much any car built since the mid-late 1990s) to go 10-15 years and more than 200,000 miles before it begins to become untrustworthy or a money pit. Over the past 20-something years, manufacturing tolerances have tightened up, processes and materials are much better and production has to a great extent been automated in order to eliminate or at least reduce the quality control issues that used to arise from one shift to the next (and so on). As a a result the build quality -and long-haul durability – of the average late-model car is night-and-day better than it used to be.

That, in turns, means if you buy a four or five-year-old used car with say 50,000 miles on it, you can reasonably expect it to give you no major problems for another 100,000-plus miles and ten years. Of course, it’s important to be careful – and check over any prospect very carefully. Or have it checked out by someone with the necessary know-how. But as a rule – meaning, unless you have the bad luck to land a lemon or choose a good car that had a bad owner who abused it – the odds are excellent that any late-model used car you buy will give you more life and more miles and less trouble than any brand-new car would have back in the ’70s and even into the ’80s. 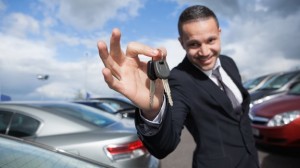 This is the secret the automakers hope you’ll never, ever learn. Because they need people to keep on buying new cars every six years or so – right around the time they finished paying off the note on the last one.

If you like debt, if you don’t mind losing 30-40 percent (or more) in depreciation on your “investment” – or if you’ve just got to have the latest thing or think that new car smell is worth it – and there’s nothing wrong with any of that – then by all means, go ahead. Sign right up.

But you won’t find me doing it. Or any other car journalist I know. And that ought to tell you something… .