Driving can be fun; it’s often necessary. But rarely is it cheap. From buying a car to maintaining it to paying the seemingly endless (and myriad) fees associated with the “privilege” of being “allowed” to use the damn things – repetitive/annual taxes, insurance-at-gunpoint, etc. – many of us end up spending a far-from-small fortune to get from A to B. 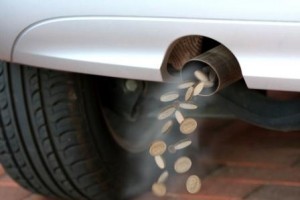 Here are some ways to notch that down some:

* Never buy more car than you can pay for in cash.

There’s nothing wrong with buying new, as such – if you can afford to do so. And the test for that is, simply: Can you afford to cut a check?

If not, you can’t afford it.

An occasional repair bill is as nothing compared with a regular monthly payment – for the next five or six years.  Even if you’re not paying any interest, you’re still paying. Every month, like clockwork. A guaranteed “x” fewer dollars in your pocket or bank account each month. 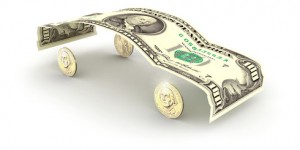 Some people buy a new car on the easy payment plan in order to have the peace of mind that comes with a new car warranty. But this is not unlike buying an insurance policy. And insurance, for most people, most of the time, is a terrible deal. You are accepting the sure thing of more debt/expense – in order to avoid the possibility of an expense (i.e., an unanticipated repair). But if you have money in your pocket – or in your bank account – paying out for the occasional repair that an older/used/out-of-warranty car might require is no big deal. And if the car doesn’t need repairs, you’ve still got your money.

The best car to own is neither new nor used; neither import – nor domestic.

It is, simply, the paid-for car.

It is the job of the car companies’ PR and marketing arms to convince you that a given new car feature is an absolute must-have. Often, it is marketed to you in terms of your safety – or, your children’s safety. And like so much that marketeers purvey, it’s exaggerated – as well as expensive.  Example: Roughly a third of all new cars either come standard with or offer AWD. It is touted as a “safety” feature – and the ads play to people’s fear of getting stuck in the snow. But step back and ask: How many days in a typical year does it snow where I live? If the answer is less than 30 days (and that’s a lot, unless you live in New Hampshire or Colorado) then you ought to be asking yourself whether it makes sense to buy a car based on that – as opposed to the (roughly) 330 days of the year when it’s not snowing.  When you’ll be paying more to drive – because AWD not only costs more to buy, it makes a given car heavier – which means it will use more gas than the same car without AWD. It – the AWD-equipped car – will also usually be slower and tires will wear faster. There are also more bits and pieces to maintain – and which will inevitably wear out or break at some point down the line. 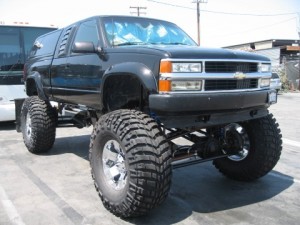 The above considerations apply doubly to 4WD (truck-based systems with a two-speed transfer case and Low range gearing). Because while AWD does provide a handling enhancement on dry (and wet) pavement, truck-type 4WD is a no help at all on dry – or wet – paved roads. In fact, it is a liability on dry/wet paved roads because truck-type 4WD systems are not designed to permit the inside and outside wheels to rotate at different speeds  when the vehicle is cornering.These systems are designed to enhance traction on uneven surfaces – that is, off-road – and in a straight line. If you engage 4WD on dry/wet pavement, you won’t get a handling advantage. All you’ll get is faster wear and tear of the 4WD components.

And, you’ll be burning up a lot more gas.

* Be wary about the latest turbo-boosted “economy” engines.

You may have noticed that small – and turbocharged – four-cylinder engines are becoming fairly common in ordinary cars, including economy cars (examples include the 2014 Ford Fiesta and Chevy Cruze). They are also being used in lieu of six-cylinder engines in higher-end cars (e.g., BMW 3 and 5, Range Rover Evoque). These engines have been designed to maintain the power/performance levels of larger engines when you push down on the gas pedal – but to deliver better gas mileage when you’re not pushing down on the pedal. And, they do. But, there’s a catch. While a bigger engine will use more gas when you’re just cruising along than a smaller engine would under the same conditions, the bigger engine is two things the smaller engine isn’t which will probably save you money down the road: 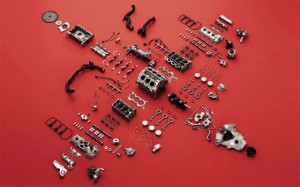 It is “understressed” – which is just engineering-speak for an engine that’s the mechanical equivalent of a guy who has the strength to bench-press 300 pounds benching 150 pounds – vs. a guy who can just barely bench 180 pounds bench-pressing the same 150 pounds. The smaller guy can bench the 150 – but he’s closer to “maxxing out” -and so, exerting a lot more effort than the bigger guy lifting the same weight.

In terms of engines, an understressed V-6 will probably have a longer life than a heavily turbocharged four. The bigger six also makes more power with fewer parts (e.g., the turbo, the intercooler, the specialized exhaust plumbing and many other components besides). That means fewer things to potentially – and inevitably – wear out.

And that means more money in your pocket.

You can save a pile of money by purchasing an unwanted/unpopular – but mechanically unobjectionable – car. For example, the much-mocked Pontiac Aztek. Yes, it’s ugly. It is definitely the object of endless car jokes. But aesthetics aside, there’s nothing functionally wrong with it. Under the skin, it’s the same vehicle as the perfectly popular Buick Rendezvous – and is powered by the same (and well-regarded) GM “corporate” V-6 that’s used in numerous other – more popular – same-era GM vehicles. But the difference in resale value of an Aztek vs. the more comely Buick is enormous. Be like Heisenberg! Who gives a damn what the guy next to you at the light thinks. You don’t know him, you’ll never see him again. He’s probably making payments every month. 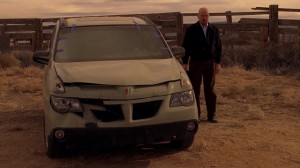 But your ride is paid for.

* Invest in a radar detector.

This is a true  investment  – unlike your car – which is a depreciating consumer appliance. A radar detector, unlike your car, will save you money. Because it will reduce the number of bullshit traffic tickets you get. Virtually all traffic tickets are bullshit. Which is why we all (even Clovers) get them. If “traffic safety” weren’t all about the revenue, instead of a ticket, we’d get taken off the road. Instead, we’re given a scripted lecture – and a piece of payin’ paper. It’s as cynical – and corrupt – as 1920s-era Prohibition.  Everyone “speeds” (and ignores stupid, arbitrary traffic laws) just as everyone drank, back in the day. And just like back in the day, the object of the exercise is not to obey stupid, corrupt laws – but to evade them and avoid the enforcers. A high-quality radar detector (I use a Valentine V1) is just the ticket for evading tickets. 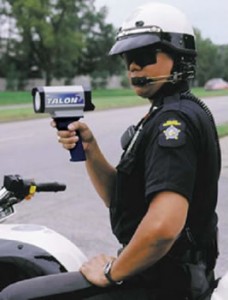 Though not infallible – so-called “instant-on” radar (and laser) are very hard to dodge – a unit like the V1 will alert you to most speed traps – and in particular, automated speed traps. Given that the typical fine for “speeding” is now well over $150 in most places (and as much as $200-plus in some, such as California) and a radar detector like the V1 costs about $400 – you’ll be in the black sooner rather than later. The cost-benefit ratio is tightening up, too – because cash-strapped local and state governments are becoming more and more aggressive – and rapacious – about their enforcement of BS traffic laws. Keep in mind, too, that even one “speeding” ticket on your driving record can notch up the cost of your state-mandated insurance by 10-20 percent annually every year – for years.