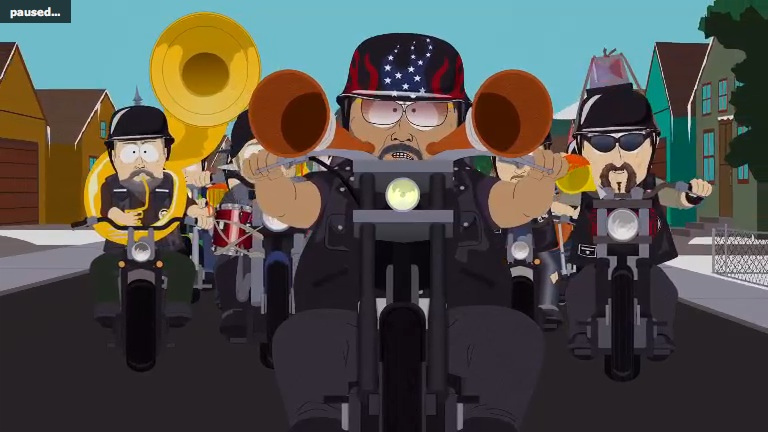 It’s time for another installation in our ongoing elaboration of the taxonomy of Homo Cloverensus – aka The American Clover. His characteristics – and doings. How to spot, categorize – and avoid. 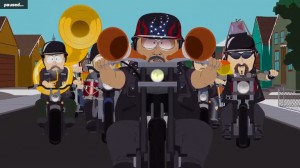 Herewith the latest addendum from the field:

This Clover has managed to ruin the former outlaw image of bikers in general – and Harley riders in particular. He got his first bike – a $25,000 dresser – at age 47.

He’s the only motorcyclist who rides slower than most people drive. Which of course wouldn’t be a problem . . . if he just pulled off (or over) and let the people stacking up behind him proceed on their way at a speed that’s at least close to the posted lawful maximum. Instead, the Harley Clover will coast by every overlook and turn-out, his multitude of flags flapping in the breeze- his leather-jacketed, rhinestone-festooned stuffed bear passenger mocking you all the while.

Watch out for him coming the other way, too. That 900 pound dresser he bought? It often gets away from him in the curves. He’ll frequently need at least a third of your lane to  make it ’round the bend. 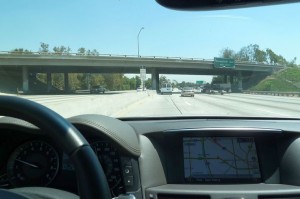 Maintaining a safe following distance is a good thing – but this Clover takes it to an extreme. He leaves a football field-length gap between himself and the car ahead of him. If that car contains another Clover, it’ll be almost impossible to get around both of them. By the time you pass the Clover directly in front of you, you’ll have run out of road (and time) to get around the second Clover. Particularly infuriating is the six length Clover’s notorious habit of randomly increasing – and decreasing – the gap. He’ll bunch up close to the car ahead when it slows for a curve – then ease back to his usual 100 yard following distance when the road straightens out. 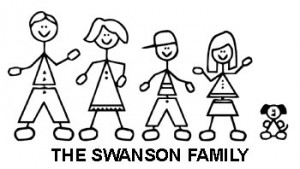 A Clover characteristic is narcissism. This unfortunate trait manifests in many ways, including the archetypical Cloverish acts of hogging the left lane – and pulling out in front of you such that you’re forced to slam on your brakes to accommodate Clover’s slow-motion pace. But, just as the skunk has its signature stripe – and signature smell – so also the Clover has external characteristics that can help you spot – and avoid – him. A sure sign that the car ahead of you is carrying a Clover is the presence of those noxious stick-figure family figures. Clover thinks you need to be made aware of how many kids he has – their age range and sex, too. That is what’s known in law enforcement as a clue. A clue that you’re dealing with a self-important clown who touts successful reproduction as achievement – and  who is almost certainly addled by over-arching mother hen instincts. Whose world revolves around juice boxes and Pixar. Who can’t be bothered to look in the rearview. Who takes up two spots at the supermarket – or parks you in so that you’ve got to use the passenger side door to gain access to your vehicle. Who will squat interminably at the drive-thru while awaiting each of his brood’s pondering over the menu, including Q&A about multiple elaborate special orders. 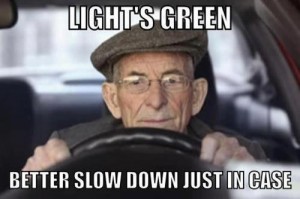 I’ve got antique vehicles. I know they’re sometimes fragile – like old people – and have to be driven gingerly. But – not being a Clover – I will adjust my driving accordingly and not expect others to adjust theirs to accommodate mine (and the disabilities of my arthritic old car). Not so the Old Car Clover. When he decides to take his stone stock 1933 Model A Ford out for a toodle, he’ll expect you to pretend you’re also driving a ’32 Model A – with a top speed of maybe 45 MPH  . . . on the straight stretches. Naturally, he’s headed to some gathering that’s at least 40 miles away.

And you’ll be stuck behind him the whole way there.

* The No Flash ‘Em Clover 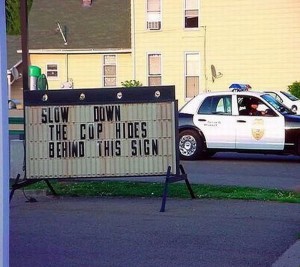 It’s Us against Them when it comes to traffic enforcement. Common courtesy is to use your headlights/high beams to flash oncoming cars – to let them know there’s a cop running radar up ahead. Or one of those Fourth Amendment-Free Zones where your forced to stop and prove you haven’t done something illegal. It’s the human version of what prey animals routinely do for one another when a predator threatens. Sound the alarm! Make it more difficult for the predator to prey.

But, of course, Clovers are themselves predators – if only by proxy. They want you to get preyed upon. They support “safety” checks – and harassing motorists over trumped-up violations of “the law.” Which they revere as Holy Writ – whatever it happens to say. For Clover, submission to authority (any authority) is beatific – an almost religious mandate. Which explains why he (and she) has a meltdown when anyone flouts authority. 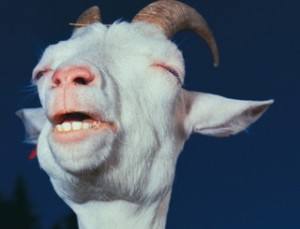 This Clover wants to be helpful, wants to be nice. But only to those he deems worthy of being helped – and regardless of traffic etiquette. As well as traffic law. The classic case in point is the Clover who holds up all the cars stuck behind him – in order to make room for a car trying to enter from a sidestreet. Clover will literally come to a complete stop – or refuse to get going – in order to make way for the car he wants to let in. Doesn’t matter that the cars behind him have the right of way; they can wait! Meanwhile, the driver Clover’s trying to help is reluctant to make his move – because he knows both the law and traffic etiquette are not on his side. If there’s an accident, it’ll be his fault.

Open Letter to a Face Diaperer

Reader Question: A Crazy Idea – or Not?