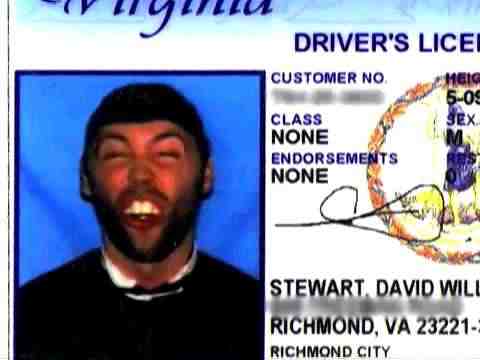 Dealing effectively with Clovers – inept, inconsiderate motorists (I won’t call them drivers) – requires identifying potential Clovers so as to take steps to avoid and evade them as quickly as possible. So what are the Signs?

Beware of PT Cruisers (especially PT Cruisers with fake fender portholes), the Prius hybrid (and hybrids generally), stereotypical Geezermobiles (older Buicks and Cadillacs and Lincolns). It is almost a physical law that you’ll find a Clover behind the wheel. Minivans. Volvos.

Not all stickers. But definitely those fambly stick figure stickers you see on minivans and SmooVees. Guaranteed Clover. Also, anytime you see yellow ribbons, prepare to see red. And – oddly enough – if you see a car with NASCAR stuff all over it, it’s a sure bet the driver’s a Clover. I have no idea why – but it’s axiomatic.  Another dead giveaway: An Obama (or old McCain-Palin) sticker. And: AARP or AAA.

You can learn to pick out Clovers by observing traffic. You will begin to notice patterns. The car that’s slowing – rather than accelerating – as it enters the merge ramp. Its “driver” inert – listening to the radio, staring emptily ahead… assuming other cars will just make room for him. The car ahead that brakes for no obvious reason – or whose “driver” seems incapable of not driving on the shoulder in even the most gradual curve. And of course, ye shall know him (0r her) by their most typical and defining behavior – driving a few MPH below the already ridiculous speed limit and never, ever taking notice of other traffic behind him (or her) that’s clearly interested in moving faster. A Clover will never move over. He/she will squat in the far left lane on the highway – or become the oblivious head of a snake of cars, winding its way tortuously, slowly, to its eventual destination – never once even thinking about maybe pulling off or over to let those “speeders” get by.

The good news is that Clovers can be dispatched just like any dumb, slow-moving animal. Clovers do not expect other drivers to exercise initiative, so when you do, it takes them a critical second or three to digest what you’re doing and by the time they do, you should be gone.

Here’s a scenario: You are coming up on a Clover ahead – a purple PT Cruiser with plastic chrome portholes and an AARP sticker on the back. It is lumbering along, drifting left, then right, at 47 MPH on the 55 MPH (and everyone actually drives 65) road. Ease up on him gradually. Don’t rush him or crowd him. Let him think you are one of the Tribe – or at least, don’t arouse his suspicion that you’re not. Wait for your opportunity. That open stretch just ahead, with the clear lines of sight. Now. Punch it. No halfway measures. Summon every horse under the hood  and blow past the Clover before he even notices what you’re doing until it’s already done. He may flash his high beams at you. He may honk his horn. This will be most enjoyable. To know he’s furious – and that you just left him in your wake.

Watch the cars bunching up at  that red light ahead. Try to pick out the potential Clovers – and don’t get behind them, if you can avoid it. Pick out likely non-Clover cars to get behind. Always leave yourself room enough to maneuver. When the light goes green, be prepared to take advantage of any opening. Here again, it is easy to get the drop on Clovers – provided you don’t give away your intentions ahead of time. If you have a manual-equipped car, don’t roll back in ready-to-launch mode (until it’s time to launch). Try to look Cloverish yourself. Fiddle with the radio; stare into space. Don’t look impatient.

Then, when the moment arrives, seize it!

Never, ever give a Clover a break. It’s only fair. Clovers never give us a break.  If you see a Clover up ahead attempting to “merge” (as described earlier) do not take pity; do not make room. If you do, you will regret it – very quickly. It’s a guaranteed sure-fire thing that he’ll either plant himself in front of you at 5 under the limit, cruise control racing the car in the adjacent lane from light to light to eternity (or what will feel like an eternity to you, at any rate). Or he will slam on the brakes at the next light at the first sign of yellow. Or you’ll be stuck behind him at the “right on red only” – which he will passively obey even if it lasts for 10 minutes and even if there’s no opposing traffic in sight.

Clovers are the enemy of competent drivers everywhere and should be dealt with accordingly.

Ideally, before they even have a chance to know what just happened.

PS: To see Clovers in situ, check out our videos. Or submit your own!