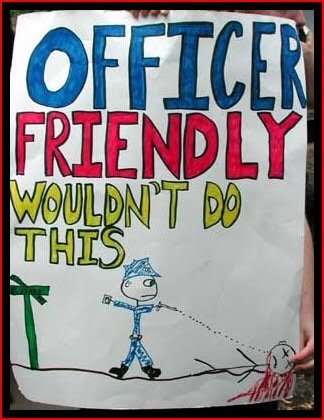 A reader sent me a note about his recent experience with Officer Not So Friendly, following an unexpected early morning encounter with a moose. I thought it was worth relaying to you in its entirety, because it’s yet another example of the needlessly adversarial attitude that seems to be becoming the new normal among law enforcers – and justification for the entirely rational fear of police that more and more of us are coming to grips with (as per my latest article; see here). 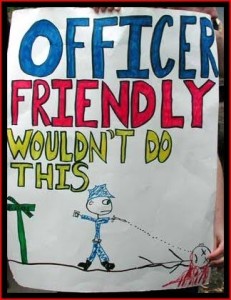 It’s especially hard for people who are inclined to support police (mostly, on the misplaced belief that they are there to “serve and protect” as opposed to “harass and collect”) to read these stories – and to face up to the reality of law enforcement these days. But it’s increasingly impossible to maintain the illusion that police are anything more than an enforcer class – to be avoided if all possible.

Here’s an object lesson as to why that’s so:

This past Sunday, while I was on my way to work, I hit a moose.

Let me set the stage for you. At 7:30 in the morning in late November at 61° north, it is pitch black. The sun isn’t even considering coming up yet. Add to that that Alaskan moose are huge, ornery, and dumb – they’re used to being the biggest thing around, so they pretty much do what they please and pay no attention to their surroundings. Add to that that I live in the woods, and you can probably guess what happened: I’m driving down the road, moose suddenly bolts out of the woods in front of me, I don’t have room to stop. Smash.

Best as I can reconstruct the actual events of the crash, I think I very nearly stopped in time; I don’t have much front-end damage, and the air bags never deployed. But the moose’s legs were knocked out from underneath it, and it flipped over toward me, hit the top of the windshield, bounced over the car (thankfully my Toyota Yaris is so low to the ground; if I were driving the typical Alaskan wankmobile, he’d have come right into the cabin to join me!) kicked out one of my taillights, and then went on his merry way. As for me, I and my passenger were both completely unharmed; the front of the cabin was crushed, the windshield was smashed in; I don’t see how there could have been any room left in there for the two of us, but somehow we found it. 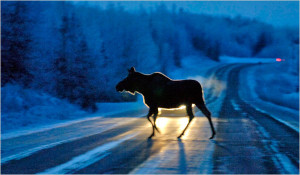 Some time later, we’re standing by the wreckage waiting for the tow, and the state police arrive. The trooper in question looked to be all of nineteen – your typical wanna-be big man type, pushy and humorless. And, as I would discover, not astonishingly competent. He asked me what happened; I told him a moose ran out from the woods, I was unable to stop in time, and I hit it. He asked me where the moose was; I told him I had no idea, and that it must have run back into the woods.

And then he hit me with it.

What? At 7:30 in the morning on my way to work? I told him no. “Have you been drinking since the accident?” No. “Any alcohol in the car?” No. “Were you drinking at all yesterday?” What? Yesterday? What’s that have to do with anything? I had a couple of glasses of wine with dinner, and I said so.

Which was a huge mistake. 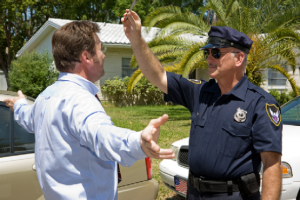 Now, I know better. I know not to talk to cops, and especially not when they’re obviously searching for some pretext to arrest me. And especially I know not to admit that I’ve ever, ever so much as considered allowing a drop of Demon Rum to pass my lips. My only excuse was that, frankly, after miraculously escaping moose murder, I was a bit rattled and not thinking at 100 percent. But, then, who expects to be subjected to a game of life-or-death Twenty Questions in this situation?

My stupid response gave him the excuse he was looking for to subject me to the entire field sobriety test. Walk the straight line, spin around in a circle, stand on one foot for thirty seconds, recite the alphabet and count arbitrary numbers. He said he detected some evidence of impairment from my test performance; while the verbal part was flawless, I was apparently “a little shaky” during the physical part.

It is November. It is Alaska. I have been standing out in the cold for lord knows how long after having annihilated my car and almost myself by crashing into a moose, and this jackboot dipstick has the audacity to claim that being “a little shaky” is evidence that I’ve been drinking? Excuse me for being 5 percent less calm and detached than the worthless low-level bureaucrat sent to document the events! This, of course, is setting aside the fact that he had me perform his idiotic rituals on an uneven surface – an uneven surface of ice. Not the easiest place to keep one’s footing. 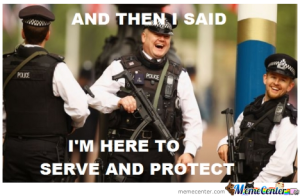 After half an hour or so of his routine, he finally decided not to charge me with anything, which I considered downright neighborly of him, given I hadn’t done anything. But he had one more quality moment yet to go. He told me I wasn’t being charged with anything, but then asked me if I’d like to take a voluntary breath test, just “because he was curious.” I mean, yes, I fell for “did you drink anything yesterday,” but I absolutely am not stupid enough for this. I told him that if I weren’t being compelled to take the breath test, I declined to do so. And then he got angry! “Look, I already told you I’m not charging you with anything. You think I’m lying?” I told him again that, his intentions aside, I had no intention of taking the breath test if I could choose not to.

He glared at me for a minute and finally dropped it. 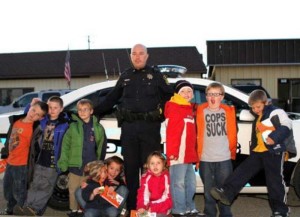 How reprehensible a human being do you have to be to show up at the scene of what is, frankly, a natural disaster (“act of God,” the insurance company calls it) in which, somehow, against all odds, nobody was hurt, and think “oh, I better fix that?” The man set out deliberately to ruin me! It was his one and only function at the scene – I and a private tow driver (sent by AAA, a private organization) cleared the wreck out of the roadway. The cop literally served no purpose except to try to cause me even more harm. Who was he “protecting?” Who was he “serving?”

Nobody but the cop union and, potentially, the jail union.

And every creep politician whose job security is boosted by spooky stories about “drunk drivers.” Who once, long ago, had a glass of wine, and then had their cars crushed by falling wildlife.

So ends my reader’s story. It is, unfortunately, a typical story. I have one very similar to it. Worse, in fact. A motorcycle rider wrecked. Badly. He was severely injured and being hauled out of the woods by the EMTs. The state cop who showed up would not let them leave with this seriously injured man before he had obtained the man’s driver’s license – so that he could write him up for “reckless driving.”

Some people say, “what would we do without police”? To which I respond: A whole lot better.