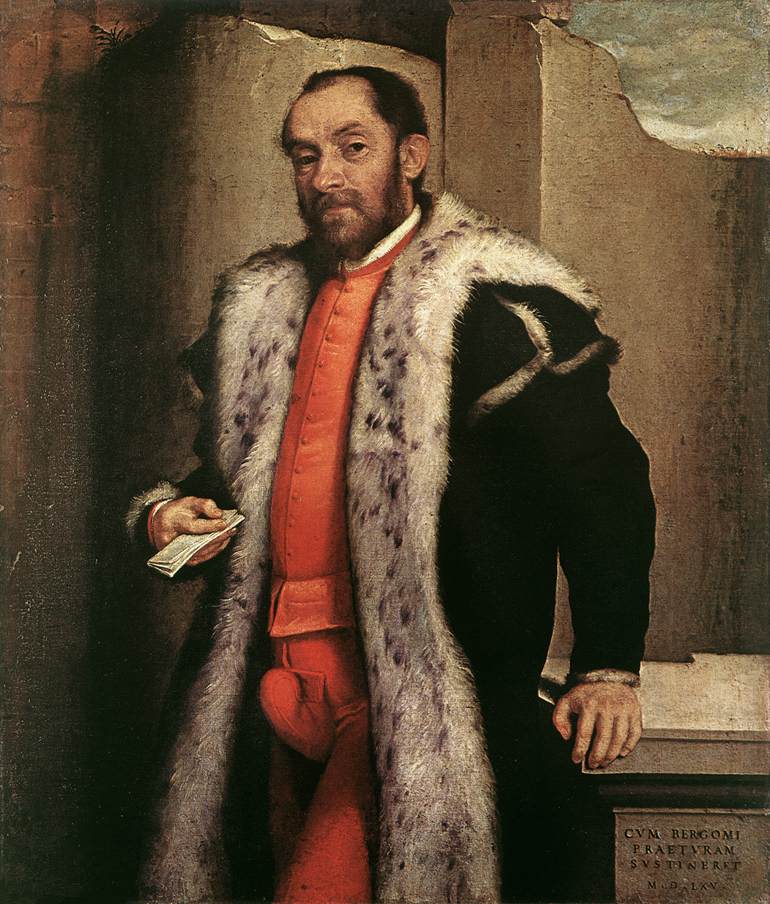 Americans are a passive people – much as they like to imagine themselves vigorous, decisive and independent. They like to watch football. And they certainly don’t do much more than that behind the wheel. 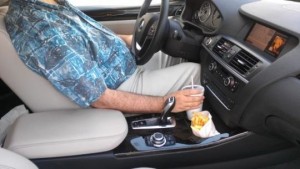 Driving is an active verb.

But observe the typical American driver. He is soporific passivity personified. He coasts along, lost in thought (or lost in chat). Eyes half-closed, mind half lit, he rarely pays much attention to things outside his immediate orbit – unless it’s something edible. Forget about what’s happening in the rearview. He target fixates on the bumper of the car head. He plods along in line with bovine serenity.

If there are two left turn lanes at an intersection and the car head of him ambles to the rightmost one, in line with the cars ahead, so will he – even if the leftmost lane is completely empty. It will not occur to him to use that lane. Such thoughts do not penetrate his stupor.

He stops – and waits – before merging  . . . even when there’s no oncoming traffic. Then he swings wide – and creeps forward at just over walking speed. He is not concerned whether you will have to swing wide to avoid hitting him – or whether you have enough time to brake to avoid rear-ending him.

He’s busy Bluetoothing it up, arguing with the wife, nattering to his kids.

He never, ever anticipates the green light (nor the red) but only reacts – eventually – to such stimuli.

If he needs to change course or speed, he does so at the last possible moment – abruptly, and oblivious to the others in his vicinity.

The American driver (so-called) does not see the road ahead as a kind of three-dimensional chess set, anticipating possible moves, preparing to make them and then making them. He has been trained – conditioned – to never commit the fundamental sin: To think for himself and then act on it.

This is said to be aggressive driving.

Instead, passive-aggressive driving is encouraged. Rewarded. 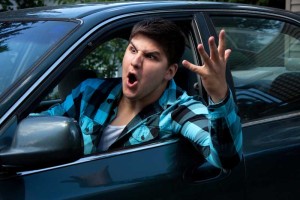 The left lane hog is immune from tickets. The few non-fluoridated drivers left out there who try to pass him – they’re in the gunsights of every cop.

The glaucomic senile citizen who can see shapes is not “impaired.” But they’ll crucify the adroit wheelman who’s car handling can’t be faulted but who was found to have a trace amount of alcohol in his system.

Two lanes, a car in either lane. The light goes green – and a slow-motion race to the next light commences. No one else can get around the rolling roadblock without being aggressive. A snappy – and safe – passing maneuver momentarily over the double yellow is an outrage of Auschwitzian proportions. Eyes bug out, horns honk and high beams flash.

The penalty for not being sufficiently passive.

I try sometimes to set an example. I’ll pass in the left lane, then briskly move back into the right lane. I look in my rearview to see whether this has made any impression on the “driver” back there whom I had to pass on the right because he was qualuuding along in the left lane.

The car companies are dealing with this electronically. How’s Attention Assist grab ya? 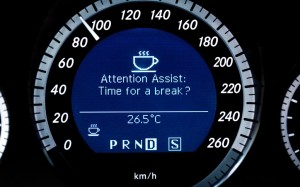 It’s the latest thing. When you fall asleep, it tries to wake you up. Attention Assist follows on the heels (logically enough) of Brake Assist, Park Assist, Lane Departure Assist and a growing roster of other forms of assistance. They’ve given up on expecting the driver to drive.

Minivans now come fitted from the factory with more aggressive wheel/tire packages than Ferraris had back in the ’70s  – and can corner almost as well as they could (in the hands of someone who knows how). But few will ever be tested.

When the speed limit was 55 – and cars were slow – people at least tried to drive them fast. Maybe it is the fluoride – or the high fructose corn syrup. Or the GMO wheat. Whatever it is, the plain fact is more people drove back in the day. Their EKGs were not horizontal. They showed initiative; they could handle things.

This, of course, was before the era of Baby on Board and its militant fallout, the Cult of Safety, whose main dogma – obey – now permeates everything. It has done to the art of driving what silica will do to an internal combustion engine if mixed with the oil. Nothing moves anymore; the works are all gummed up.

And so, the absurd, defeating spectacle of 300-plus hp cars (commonplace today) with 150 MPH top speeds that have the capability to go from rest to 60 in less than 7 seconds (and some a lot more quickly than that) being driven  – if you can call it that – as feebly as a 1982 K-Car with 86 hp. 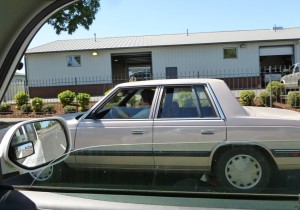 The truth is they don’t need more than that – because they don’t use more than that. Anyone who drives at all aggressively – that is, in the neighborhood of 10 MPH or so faster than the posted speed limit, especially in the curves – knows this already. An ’82 Aries K is more than sufficient to outrun almost everyone these days – if you’re trying to and they’re not.

Most of them are not trying. Because what they’re doing doesn’t qualify as driving.

It’s a slow-moving, ultra-cautious, hesitancy-laden farce – and not a funny one. There is a pathetic element to this depressing spectacle of legions of direct-injected, turbo’d, variable valve/cam-timed engines idling along at three-quarters their capacity. Of eighteen inch W-rated tires never feeling the ton, even for a few seconds. Of high-capacity brakes designed to handle the Nurburgring that hardly ever get warm. I get a sickly-angry feeling every time I roll up behind one of these misused (because unused) mechanical victims of the Safety Cult. Sick – about the mindless, pointless wastage of it all. Modern cars are not unlike 100 story skyscrapers with the top 90 floors closed off – for safety, of course. It’s ok to look – and ok to build. Waste the energy, the time, the resources. 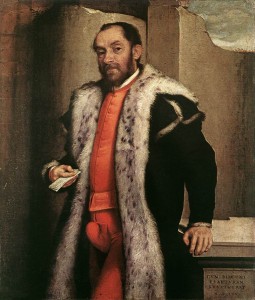 But don’t even think about using the finished product.

Might as well pour gas into the river for all the good it’s doing.

Angry – because of the poltroonish posuerism of it all. These gaudy eunuchs “driving” in slow motion congealed conformity remind me of woodcuts I’ve seen of the Codpiece Era of Europe. But wait, that’s not a fair analogy. The codpiece wearers not only had something going on under those codpieces, they actually used that something – as often as possible, if historical records are accurate.

The modern automotive codpiece is purely for show only.