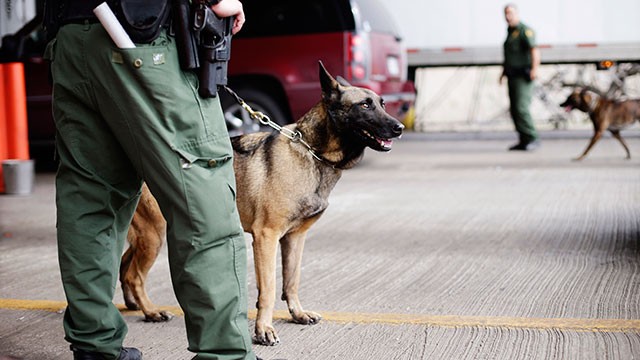 EL PASO, TX — An American woman was humiliated and sexually assaulted for hours when she tried to re-enter the United States at a checkpoint manned by U.S. border patrol agents. Suspecting she had drugs inside her orifices, the federal agents detained her, chained her to a table, and subjected her to a series of invasive and traumatic cavity searches, finger penetration, scans and X-rays… all without a warrant. She was then billed for the “services.” 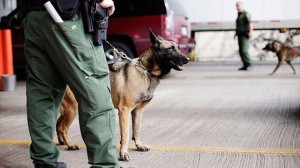 The incident took place last year and has recently been brought to light by a lawsuit filed by the American Civil Liberties Union. The victim is described as a petite 54-year-old U.S. citizen, identifying herself only as Jane Doe to protect her anonymity as a sexual assault victim. She is married and resides in Lovington, NM. She was traveling to visit a close family friend in Juarez, Mexico, who was recently deported. The lawsuit states that she makes the trip to visit him about once per month. This time, her return trip back into the United States at the Cordova Bridge near El Paso is not one she will ever forget.

When trying to cross into Texas, at approximately 2:00 p.m. on December 8th, 2012, she was stopped by U.S. Customs and Border Patrol (CBP) agents at a border checkpoint. Jane Doe presented her passport and complied with the agents. She was not carrying any contraband, but was informed that she would be subjected to a “random screening” with drug dogs — since CBP is more focused on enforcing prohibition laws than they are with security.

Police dogs are infamous for resulting in false indications and can be trained to alert on command by corrupt handlers. Lo and behold, the canine signaled on her car.

Without consent, agents removed the woman from her vehicle and began to feel up her body. She was stripped, gawked at and manually penetrated by the fingers of federal agents.

During the initial pat-down, an agent stuck a hand insider her waistband and pushed a “finger in the crevice of Ms. Doe’s buttocks.” She was “embarrassed and upset” at the procedure.

She was then lined up with a series of other people. Dogs walked up and down the line in true police state fashion. One of them lunged at her, landing its front paws on her torso, states the complaint. She was then grabbed and shoved into a private room. The document goes on:

“There, they ordered Ms. Doe to pull down her pants and crouch. She followed the order. One of the agents examined her anus with a flashlight. Ms. Doe was commanded to lean backwards in her crouched position. She again complied. One of the agents then parted Ms. Doe’s vulva with her hand, pressed her fingers into Ms. Doe’s vagina and visually examined her genitalia with a flashlight.”

Nothing was found after this invasive search. Not satisfied with the groping and finger penetration — which produced no evidence of any crime — Jane Doe was detained for even more invasive searches. She was re-dressed and her pant-cuffs were taped tightly to her legs. Nearly 2 hours after she pulled up to the checkpoint, CBP agents Portillo and Herrera hauled her away to University Medical Center of El Paso.

The agents told Jane Doe they planned to make her defecate in front of them. She asked if they had a warrant. They defiantly told her that they “did not need a warrant.”

At 4:29 p.m. she arrived at University Medical Center. She was led to a room by the CBP agents and chained to a table, where Dr. Christopher Cabanillas and Dr. Michael Parsa joined the federal agents in the hunt for drugs inside her body.

Once again proving the truth of the Milgram experiment, doctors obeyed the perverse orders of the authorities, performing four more hours of shocking and humiliating procedures on the woman, who was shackled to a table. The procedures involved forcing her to defecate on command, probing her until she her orifices were raw, and scanning her body using radiation. The doctors were undeterred by the woman’s lack of consent and the lack of a detailed medical history.

Jane Doe was then forced to consume a laxative and defecate in a portable toilet. No drugs were found.

Still, the nightmare continued. She was again shackled to an exam table and ordered to spread her legs and endure a forced gynecological exam. A “mortified” Ms. Doe was within view of passersby in the hallway as she was fingered and probed by the doctors, with the agents gawking nearby.

“The agents ran their fingers over her genitalia and checked inside of her pants. She was asked to undress. She was asked to squat and the agents peered into her cavities with flashlights and pressed their fingers into her genitalia.” Parsa then probed Ms. Doe’s anus with his fingers while Portillo and Herrera watched. Ms. Doe felt “that she was being treated less than human, like an animal.”

But it wasn’t over yet. The doctors ordered a CT scan of her abdomen and pelvis. In doing so, they forcibly exposed her to “between 150 and 1,100 times the radiation of a conventional x-ray, or around a year’s worth of exposure to radiation from both natural and artificial sources in the environment.”

The victim was then given two options. She could sign a consent form — despite the fact that she never consented to any searches — and CBP would cover the bill. The alternative was to refuse consent, and be billed for the hours of invasive searches. She refused, witnessed by a hospital employee known as Jessica R.

Finally, at around 8:00 p.m., she was released without charges.

Ms. Doe was traumatized by the procedures. “Her labia, vaginal opening, and anus were left raw and sore and she felt violated, demeaned and powerless as a result of the searches.”

She lives with the pain of a sexual assault victim, and “has not been able to be physically intimate with her husband.” She avoids public spaces and has become reclusive, and cries when she thinks about this incident.

By legal standards, she was raped. But her abusers are unlikely to face punishment since agents of government rarely are individually responsible for their official, on-duty crimes.

Rape is: “The penetration, no matter how slight, of the vagina or anus with any body part or object, or oral penetration by a sex organ of another person, without the consent of the victim.”

To add insult to injury, she has been billed $5,000.00 for 4 hours of the doctors’ services, which she has refused to pay.

It has been repeatedly demonstrated that humans are likely to comply with “authorities” to almost every extreme imaginable. Without some kind of resistance training, hospital staff members are liable to comply with every invasive procedure if a person with a badge orders it. It appears that University Medical Center has no process for ensuring that hospital staff are trained to deal with law enforcement or to be observant of people’s constitutional rights. The doctors and the El Paso County Hospital Board were all named in a official complaint filed by the victim and the ACLU.

Doe’s lawsuit cites the following causes of action: unreasonable search and seizure, false arrest, false imprisonment, and deprivation of due process. She demands a jury trial.