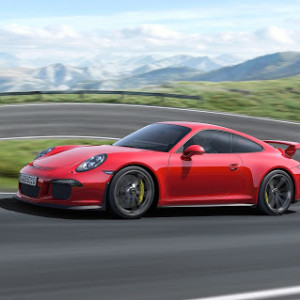 Sports car manufacturer Porsche will be replacing the engines of all 2014 model year 911 GT3 vehicles. This is the corrective action derived from intensive internal analyses that were initiated in response to two engine fires. Meanwhile, it has been confirmed that engine damage resulted from a loosened fastener on the connecting rod. The loose connecting rod damaged the crankcase, which in both cases led to leakage of oil which then ignited.

After becoming aware of the two accident cases, Porsche promptly took action to avoid any risk to customers by advising them to cease using the affected 785 vehicles until further notice and have them picked up by a Porsche dealer. Now, engines with optimised fasteners will be used in all 2014 Porsche 911 GT3 – including in those that have not been delivered yet. Porsche is in direct communication with customers worldwide to discuss the further course of action.

Porsche points out that no other 911 models or other model series are affected by this action.

What The Automatic Transmission Has Done To Us