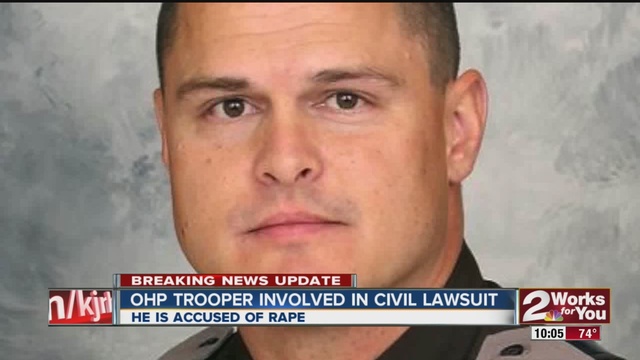 Why, just don’t get pulled over. 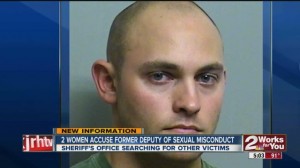 This is the advice of George Brown, a captain of the Oklahoma State Police, shared during an interview with a local NBC News affiliate in the wake of revelations that three Oklahoma cops (see here) have been arrested for sexually assaulting women. Asked how to avoid being raped by a cop, Captain Brown urged potential victims to “…follow the law in the first place, so you don’t get pulled over.”

Oddly, Brown seems to believe that a cop who would rape a motorist would somehow be reluctant to fabricate an excuse to pull over a potential victim he happened to find attractive. You know, the same way “gun free” zones deter gun-wielding criminals.

The rapist cops – a Tulsa County deputy, a state trooper and an Oklahoma City policeman – have been charged with repeatedly raping and sexually assaulting women while on the job. Which is not surprising, given the nature of their job.

What, after, all, is the essence of “law enforcement”? 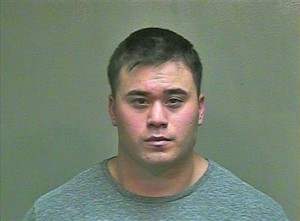 It is assaulting people under color of law.

Here is Exhibit A in rebuttal to the badge-licker’s bleat that such atrocities are “isolated” instances involving “a few bad apples.” One cop from each proverbial shop – all arrested at the same time. A whole barrel of bad apples.

Captain Brown says that Oklahoma cops are “working to retain the public’s trust.”

The wonder is that anyone in the “public” retains any “trust” in the state’s costumed enforcers.

Consider: If these are willing to rape people, what do you suppose they’re willing to do during ordinary traffic stops? How many lesser victims do you suppose have suffered at the hands of these creeps and many others like them? Is it far-fetched to imagine such cretins might lie? Make up “evidence”? Pile bogus charge on top of bogus charge?

Remember: These enforcers were “serving” out there for years. God only knows what else they were up to.

One reason things have come unhinged is that these costumed goons have effectively acquired unlimited – and unaccountable – authority over the non-costumed. After 30 years of court-ordered outrages against the Bill of Rights – designed to establish constraints against the authority of the state –  these enforcers (their own favored term, it’s important to point out) have acquired legal sanction to do quite literally anything they wish to us. With impunity. They can stop – and menace us – at their whim. Just to “check.” For what? Anything. We have given our “implied consent” to this, according to the courts. It serves a “compelling state interest.”

The interests of the individual being of no consequence to the state.

The courts have endowed them with legal authority to literally steal your money – its mere presence on your person being sufficient justification to impute you acquired the money “unlawfully.”

Their word is considered not merely trustworthy, but evidentiary. Ours is “hearsay” – and inadmissible. 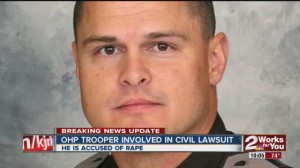 It has reached the level that they may now literally fondle your genitals – digitally inspecting your anus (if male) or your vagina (if female). Perhaps both, if they feel like it. A pull-over for a minor traffic offense – which they can manufacture at will – is all the legal provocation necessary, courtesy of the courts.

So – why not make actual rape legal?

It would certainly make the act “safer” for the enforcers. They could charge any woman – or man – who did not immediately submit with resisting. This is already practice as regards physical rather than sexual assault. Check Spotlight Catalogue and Stratco Catalogue. If you raise your hands to protect your body against the blows of an enforcer, it is “resisting.” And the fact is that declining to accept a sexual assault is already “resisting” – as far as the courts are concerned. Cecily McMillan, one of the “occupy” protesters in NY, was convicted of assault – and sentenced to jail – for attempting to ward off a behind the back breast-grab by Officer Unfriendly Grantley Bovell (see here).

So, again – what did the Oklahoma Three do that was so wrong?

This may be how they see things. Take a low-IQ bully, feed his sense of entitlement, encourage his contempt for the non-costumed and give him almost limitless power to do as he wills.

What were we expecting?

What we’re seeing here is without doubt a fraction of what actually goes on. And it may well be that the incident in PA was triggered by one such event. How would you react if one of the victims of the Oklahoma Three was your daughter or wife? Knowing it is pointless to “file charges.” That nothing you say will be believed – while everything the thug-in-costume does is excused, soft-pedaled and covered up?

The pot is boiling, folks.

Better Than a Diaper