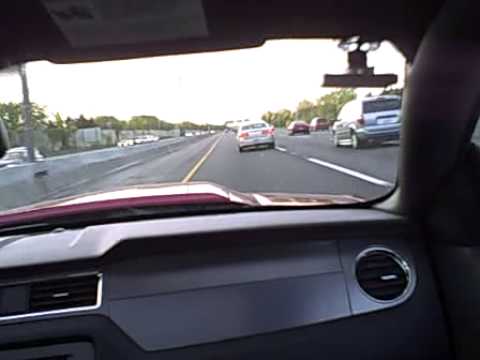 The video above is just once incident. Writ large, these incidents – which congeal traffic all over the country – explain why it takes forever to get anywhere.

Just one Clover can gum up the works for dozens of drivers. Like the fussy old lady at the supermarket checkout who has to question the price of each item, then – one by one – then withdraws a dozen crumpled coupons from her purse – stalls the line. And like the old lady, Clover doesn’t care.

Clover is oblivious – indifferent – to the imposition.

The old lady at the checkout takes her sweet time – and so does Clover. Neither will ever say (or beckon) “you go ahead.” Their sense of entitlement – and lack of common courtesy – is so woodenly ingrained in their psyche that the thought probably never occurs to them.

How much time – how much money and productivity – is lost to Cloverism each year? It is incalculable.

If Clovers cost you five minutes every day – a lowball estimate, surely – then here’s how it adds up:

Over the course of ten years, we’ll lose more than a month of our time – of our finite lives – to Clover.

It puts the Cloveronian bleat about “being patient” into perspective.

How much do you earn per hour (or day)? Do the math. Even a minimum wage earner is dunned the equivalent of  about $200 annually, courtesy of Clover. 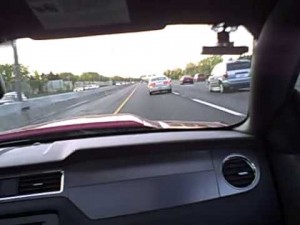 But the aggravation imposed is impossible to quantify.

It’s not that they’re slow-movers, timid and over-cautious. That cannot be helped. To expect a Clover to drive beyond his abilities is unreasonable and – to parrot the Clovers’ favorite word – it isn’t safe. But expecting them to use their mirrors – and not expect the rest of us to drive at their pace – that is reasonable.

For everyone, Clovers included.

I once had a back-and-forth with a particularly obtuse Clover – the ur Clover, a troll at EPautos who used that handle to identify himself (and thereby, his species) – about the German Autobahn, where very high speed traffic coexists safely with traffic moving much more slowly. I gave him the example – not exaggerated – of a Porsche 911 closing at 150 MPH on another car doing 80. In this country – because of almost universal Cloverism – this scenario would be exceedingly dangerous. The Porsche would either have to decelerate rapidly to avoid a collision – or “swerve” around the car doing 80, which would not have moved out of the way. 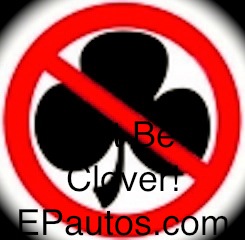 In Germany, it would have gone differently. Because the driver of the car doing 80 would have been scanning his mirrors – would have noticed the Porsche and anticipated the need to get out of its way. And then done so – before the Porsche overtook. The 911 driver would likely never have had to touch his brakes. And the driver of the other car would be safely out of the way, where he belongs.

The Germans are religious about this – about lane discipline, about yielding to faster-moving traffic. It’s a cultural thing as much as a legal thing.

Cloverism is taught in what they hilariously misname “driver education.” Passivity and slowness – not merely of speed, but also of reaction most of all. Notice, as a for-instance, the way most U.S. drivers maneuver. If they maneuver at all. You’ll come up behind two cars, one in the left, the other in the right lane. Instead of having noticed that you are approaching at a speed faster than he is driving – and smartly increasing his speed such that he can clear the car to his right and then pull to the right, clearing the left lane so that you can get by without having to slow down to his pace – the Clover will maintain his pace. He will “cruise control” pass the car to his right – taking minutes do to what ought to take seconds. Perhaps eventually, he will put on his turn signal and then – very slowly – ease over to the right. But never before he has already created a Clover Cluster behind him.

Or he will not pass the car to his right – and thereby form a rolling roadblock. Scale that up nationally and you’ll understand why no one gets anywhere anymore.

Or gets there late

You can thank a Clover for this.